The latest Oxfam report shows that India ranks 64th out of 74 countries when measured for inclusive development and women suffer more due to this.

The latest Oxfam report shows that India ranks 64th out of 74 countries when measured for inclusive development and women suffer more due to this.

An Oxfam report on inequality published yesterday revealed several details about India’s decreasing economy. The report was an analysis of public data, the Forbes list and NGO surveys, according to the CEO of Oxfam India Amitabh Behar, in an interview with NDTV India.

Behar also said that India’s richest one percent hold more than four times the wealth held by the 953 million people who make the bottom 70 percent of the country’s population. He also said that the total wealth of all of India’s billionaires is more than the nation’s full year budget.

The most striking feature of the report is the inclusion of gender disparity. This year, it talks about gender inequality affecting the economy. Behar further mentioned, “A top CEO earns as much as the same amount in 10 minutes as a female domestic worker earns in one day.”

Doesn’t this make you wonder that even in the 21st century, why is the economic system still as rooted in sexism?

What Does $10 Trillion Look Like? It’s The Value Of Women’s Housework! 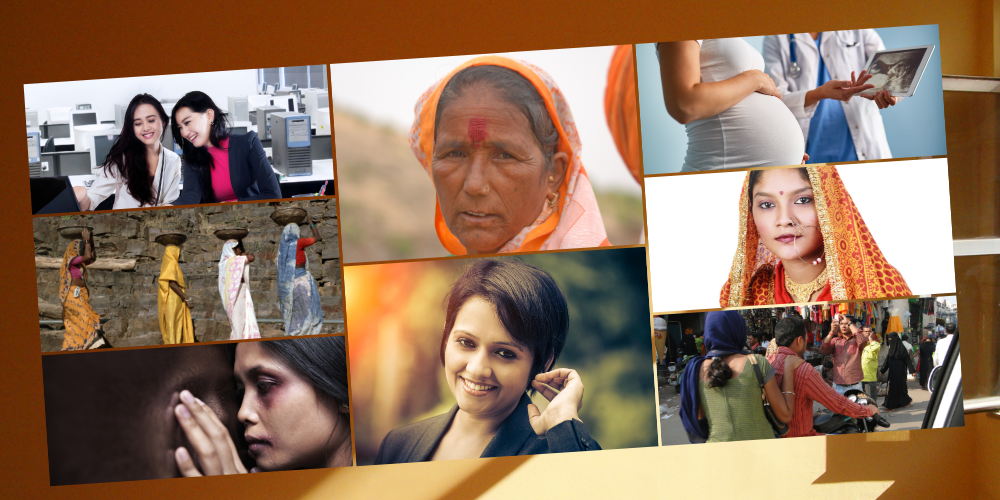 There is no denying that women are seen and see themselves as the carriers of social and biological reproduction, through physical and psychological forms of unpaid care work. They look at themselves and are often looked at the ones who sustain the care economy too.

Behar was asked what this ‘care work’ actually meant. He responded to it, saying “Unpaid care work refers to all marketed, unpaid labour performed (mostly by women and girls) in households such as looking after the elderly, the children and the indisposed as domestic work including cleaning, cooking and washing, among others.”

The report suggests that due to this ‘unpaid care work,’ women are often pushed away from economic opportunities. Hence, do not benefit equally from the wealth generated by our economies.

Quite often, this unpaid work blurs the distinctions between ‘work,’ ‘labour,’ and ‘livelihood’ as it overlaps in productions and reproductions. It does so with undefined demarcations of work, workers and the workplace.

Women in India spend around five hours a day on unpaid care work while men devote a mere half an hour on average. The report also says that the disproportionate burden of unpaid care work by women means they end up losing out on opportunities to participate in paid labour. It also says that, “They are forced to undertake paid labour leading to their time poverty and loss in well-being.”

Women in the workplace

Behar highlighted that India ranks 112 out of 153 in the global gender pay gap and 149 out of 153 nations in the list of economic participation for women.

Explaining the reason for this he said, “When governments reduce their expenditures on essential public services such as education and healthcare, women and girls are the first ones to lose out on these services.” He also mentioned that governments should invest more on the public sector.

According to UNICEF, girls in India between the ages 15 and 18 are victims of child marriage, which is why they drop out of school early. Since they are barely educated, and are bound by the norms of being a young bride, they are tied to the home and the ‘domesticity’ of it. This severely restrict their personal, economic, social and political growth.

The report also suggests that in India, girls, at best, study till the 12th standard. After which, quite often, they drop out to help their mothers with care work at home– which is unpaid and unrecognised.

“Girl’s caste, economic status and horoscope matter more than her education in the marriage market. Thus, school education has no economic and/or social value. In such circumstances, girls often drop out or are withdrawn by parents from school to help their mothers with unpaid domestic labour. However, boys are not subjected to similar conditionalities.” the report stated

The report suggested how this economic disparity of unpaid work leads to domestic violence. ‘Oxfam India’s Household Care Survey 2019 found that in households where men and women express greater acceptability of beating women, women spend 42 minutes longer on paid and unpaid care work and 48 minutes less on leisure activities. This finding establishes a crucial link between unpaid care work and violence against women and girls.’

Adding to this Behar unpaid care work is also one of the root causes of undervaluing women. This includes not just her labour and intellect but also the value of her labour within the household and in the labour market.

‘Sexual harassment is commonly seen as a rite of passage of young men and a minor aberration of masculinity, if at all. It is widely accepted that boys and men are naturally prone to harass women, therefore it is the responsibility of the girl/woman and her family to limit their own mobility. This leads to distancing women from economic opportunities in India.’ the report suggests

Oxfam report has given one clarity that economic disparity is the prime reason for many atrocities on women. It suggests that our social norms nurture this disparity. Highlighting this Behar, commented that now it is time that ‘women’s unpaid care work be included in national accounting mechanisms.’

Behar suggested that the lack of public amenities lead to less economic participation of women. Hence proper public amenities, (for example, water, gas stoves and toilets, safe and accessible transport in rural areas and childcare for women) should be provided. This all to make women understand their rights to rest, leisure and equal participation in the labour market.

The most important of all proper gender sensitisation teachings should be included in the curriculums of schools and colleges to battle the social norms that suppress women. Efforts need to be taken to help promote gender-equal norms between men women and adolescent boys and girls in schools.

Women Have Lost More Income To COVID Than 98 Countries Put Together!

The recent Oxfam Report on women at work world over gives data for the losses women as a collective have suffered due to the year of pandemic, and continue suffering.

The recent Oxfam report on women at work world over gives data for the losses women as a collective have suffered due to the year of pandemic, and continue suffering.

A recent Oxfam report released on 29th April 2021, tried to gauge how the Covid-19 pandemic particularly impacted women in terms of income and employment. The findings were disheartening, to say the least!

As with any other calamity, the COVID-19 pandemic and the world-wide lockdown that followed in 2020 affected women disproportionally more than men.

Murthy Sir, Did You Forget The Reality Of Indian Women’s Lives When Proposing A 60 Hr Work Week?

Coronavirus is the threat that the entire world is facing right now. It has hit all the sectors of life. The most affected is the health and the economy. In response to the economy slow down Infosys co-founder NR Narayana Murthy shared his thoughts in an interview with ET Now.