A victim of childhood sexual abuse, the author explains why she chose to speak about it and requests other victims to speak up to break the unending cycle!

A victim of childhood sexual abuse, the author explains why she chose to speak about it and requests other victims to speak up to break the unending cycle!

Being a survivor of childhood sexual abuse, I have always wondered why abuse victims like me (who finally gather enough courage to come out in open publicly) don’t get the support they need and deserve. Why do these abusers (in my case my elder brother) keep on living life like they did nothing wrong, despite having heinously abusing their own sister for years together nonstop day and night?

Are the abusers, the society, and its people, who are not abuse victims, to be blamed completely? Or is there more to it than meets the eye? I have been trying to find out for a long time, and I think I finally have the answer I was looking for.

Who is to blame?

Of course, the abusers and rest of the society who protect and keep their relationship intact with abusers deserve most of the blame. However, the abuse victims themselves, are also, in some ways responsible for the way the society behaves towards them. I feel that this is because the victims are not comfortable with the inconvenient truth of ‘being abused’ coming out in the open.

At the same time, I do feel for all the victims, since from my own experience, I know abuse changes the victim fundamentally. And they feel that if they come out and speak of it, the society will think of them as less of a woman or a man.

However, there still are a number of victims, like me, who don’t care about this society and have come out for the sake of thousands of other people who are suffering. They come out and speak of their abuse for the future victims who might have to suffer if this epidemic is not dealt with. We are the people who are trying our best to talk to other victims that we know of and trying to make them understand that they need to speak about their abuse. Meanwhile, there are victims who try to take the easy way out and start shunning victims like me. They’d rather do this than face their own insecurities and fears.

Having said that, I am not talking about victims who are stuck in social situations where they are unable to speak of their abuse. I am, actually, talking about the men and women in the US (like I am), who can come out in public without the social repercussions bothering them. The victims who get help and support in the form of therapy, the ones who are not dependent on anyone financially.

The cases that are out in the public domain are like the tip of the iceberg- a very few abuse victims have the courage to talk about their abuse. I believe, this happens in a very small fraction, especially when the abuser/s is a close family member/s.

If you have you heard the saying, ‘charity begins at home,’ then you would know that for any change to take place, it is high time abuse victims started supporting fellow victims. I am not asking anyone to do this publicly, but at least, privately, victims need support.

Speak up and help other victims!

Most abuse victims believe that there is no point in bothering to talk about their abuse since it’s a thing of the past. However, I request you to please be bothered about it. Our abuse may have been in the past, but there are a number of innocent people out there, especially innocent kids, who are getting abused right now. They might even be abused in the future. So, for their sake, abuse victims in the position to speak up, need to break their silence and start supporting one another.

I ask you to please help me, and other victims like me in our crusade to fight off this epidemic of childhood sexual abuse.

Hopefully one day, this epidemic will be a thing of long gone past. 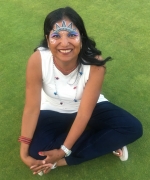 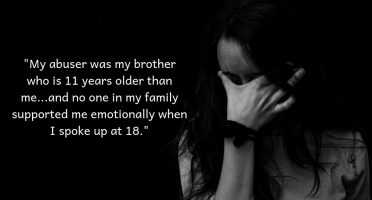