Perception – Did You Take A Second Look?

Perception is how we perceive things that we hear or see or experience. Its existence is created in our minds. When you look around yourself you do not see colours splattered around or unmanaged unguided shapes on a flat surface. What you see is a bed with a colourful bedsheet and pillows, you see a table and chair, you see an almirah, or you see clothes and books, or you see cars on the road and so on. Right now your eyes are taking in raw information and your mind is making it a meaningful text.

The same pattern looks a 6 or a 9 depending on how you perceive it. However, you perceive it becomes a fact in your mind and the mind starts building its logical blocks on those facts. For a human mind, the fact becomes on how the raw data is perceived and every person has a different perception. How we perceive things and how close or far apart they are from facts depends entirely on our knowledge, experiences and thought patterns. Greek to you may be merely a series of patterns drawn somewhere but the same pattern makes meaning for someone who understands Greek.

What did you see in the image above ?? A dog, a cat and a rabbit? Your eyes took raw data and your brain had its perception about it. But let’s have a second look at the same image by zooming it a little and making things clearer.

What do you see now? The second time when you saw the image you may have realised what you missed in the first time and your perception about the image changed.

The same goes for our relationships and our situations. When we are in a particular situation we make a perception about it and our mind starts to build a logical scenario on how it perceived the situation which may be close or far away from the actual facts. Having a second look at the situation from a neutral point gives you a clearer picture and then maybe you can see both the 6 and the 9.

A lady always complained that her mother-in-law does not like her. She said she did everything perfectly. She cooked, she cleaned, she helped her husband in work, she did her own work. She had given all her efforts to do as much as she could but still, her mother-in-law saw doesn’t like her and doesn’t talk to her properly. On the other had the mother-in-law said that her husband died years ago since then all she did was take care of her son and hold the house perfectly. She cooked she cleaned she helped her son and did everything she could to make the house perfect. Since the arrival of the daughter-in-law, she has taken over the responsibility of every job in the house and does it perfectly. She doesn’t let her work and she feels like an outsider in her own house.

Is the daughter-in-law wrong? No. She is trying to be the best of herself trying to help her mother-in-law. She felt that its time her mother-in-law can be free from the responsibility and do what she likes. Is the mother-in-law wrong? No. She wants to still take care of the house and do what she likes the most. She still wants to feel like it’s her house. But what is the solution? The solution is to have a second look. To see from the other person’s side. To see the 9 to your 6. To sit together and communicate. To make the other person understand your perception BUT to first understand the other person’s perception. 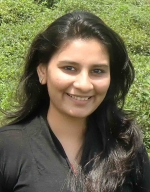 A counselor, Life skills trainer and Dance and Movement Therapy Practitioner by profession I am

Are You A Woman In Her Forties? Congratulations! This Can Be A Wonderful Age For Women!