The Other Gender Gap: We Need To Talk About The Digital Divide

We all know about the gender pay gap, but in today’s digital world, there’s another gap that is equally important: the digital gender gap.

We all know about the gender pay gap, but in today’s digital world, there’s another gap that is equally important: the digital gender gap.

This doesn’t just describe the lack of women in STEM or working in Silicon Valley. The term also refers to the difference in access that women and men have to the Internet. In India, only 29% of Internet users are female and the gender gap for mobile Internet users is 56%. Gender-based digital exclusion has many causes, from lack of education and technological literacy, to affordability and socio-cultural norms.

In certain rural areas, there is even legislation that actively works against digital inclusivity and equality. One village in Uttar Pradesh, for example, introduced a fine of up to Rs. 21,000 against girls using their mobile phones outside the home. The lawmakers, who claimed this would reduce crime against women, effectively limited the access women had to digital technology instead. This is just one of the more absurdly unnecessary barriers to internet access, but there are of course plenty more, not to mention the violent misogyny on the web that deters women from continuing to use the internet.

Why is this important?

The digital gender gap has both moral and economic repercussions. Advances in technology mean very little when half the world’s population isn’t actively included. Only those countries which are able to take advantage of the digital skills of as many of its population as possible will continue to grow and thrive. According to the Harvard Business Review, the greater the digital gender gap, the less likely women are to be financially independent. This is because access to the internet is not only connected to access to information, but also to entrepreneurial opportunities. Further, the economic benefits that come from the digital revolution are even greater when women are involved because women have a disproportionately large effect on their families and communities.

What are some areas where women are making inroads?

Despite the barriers, women are using the internet more than ever before. In 2017, the rate of female internet usage in India grew by 14.11% in rural areas and 9.66% in urban areas. Many of these users are entrepreneurs looking to make inroads into e-commerce and blogging fields.

A Women’s Web 2019 study on women’s entrepreneurship in India found that the largest segment (16%) of women entrepreneurs was the ‘Creative Services’ category (writing/design, etc.). The second and third largest sectors were ‘Health & Allied‘ and ‘Apparel & Accessories‘ respectively. It is not surprising that these fields can easily be combined with the use of e-commerce and blogging platforms. Why Are Fewer Women Being Vaccinated For COVID, And What Can We Do About It? 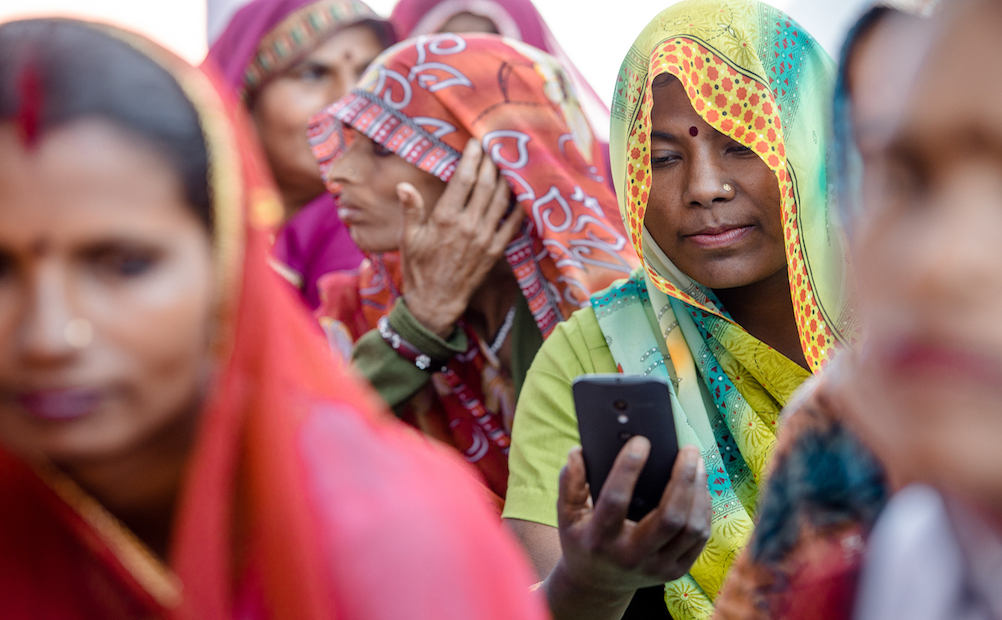 The reason behind this distribution is likely that the entry barriers are relatively low, and the work can more easily be combined with home and family life. Becoming a digital entrepreneur is as easy as setting up a store on Instagram or registering a .com or .in domain, which remain the most trusted domains among small and medium-sized businesses in India.

Another factor which is affecting women’s use of the internet relates to the type of community they encounter once they are online. Organizations like SHEROES build online communities for women that encourage them to take the steps toward entrepreneurship by providing them with a supportive environment to do so.

This trend is here to stay

Seeing more women online and running digital businesses is an encouraging trend you see across the globe: In China, for example, 55% of new internet businesses are founded by women, according to the McKinsey Institute. While most of these businesses are small enterprises with few employees, the effect that they have on improving the lives of women, increasing their financial independence, and laying the groundwork for more equal and more inclusive societies is hard to ignore.

Just Having Safety Apps On Your Phone Isn’t Enough, Ladies!

Mobile phones can be used as important tools for women's safety and empowerment, making the mobile revolution a huge thing in women's lives.

Mobile phones can be used as important tools for women’s safety and empowerment, making the mobile revolution a huge thing in women’s lives.

In a world where ‘equality’ is a part of the daily vocabulary, 80% of Indian men use mobile phones whereas only 43% of women have a similar access states the LIRNEasia report 2018. Additionally, the Thomson Reuters Foundation survey highlights that India stands third in the world when it comes to gender discrimination.

The reason for this is largely the lack of awareness. Bridging this gender gap in mobile ownership will help in digital literacy in both urban and rural India.

Social Justice is a fight long overdue in our society. Yet with rising connectivity and access to the internet, India is in a serious need of mass education about problems concerning the people. There are a number of organisations taking steps in the right direction- some of them on ground and the others on social media.

On World Social Justice Day, here are ten platforms on Twitter that are bringing about change in various fields that need to be worked on.