Just As Michelle Obama Says, Your Health, Your Rules – Take Charge Of Your Health

Health of women is thier own responsibility. Michelle Obama says so and the author gives us more reasons to believe why our health lies in our own hands!

Women’s health is their own responsibility. Michelle Obama says so and the author gives us more reasons to believe why our health lies in our own hands!

Michelle Obama has said, “Being a healthy woman isn’t getting on a scale or measuring your waistline. We need to start focussing on what matters-on how we feel, and how we feel about ourselves.”

Which brings me to what I’m sharing with you now.

Last evening when I accompanied my daughter to her usual playtime in the society garden, I met the other women who had come down for the same.

Being new in the complex, I have befriended very few people. One of them is Rachna, the mother of two beautiful daughters. The elder one older than my daughter and the other younger.

Otherwise quite a garrulous woman who seems well acquainted with each one in the complex, Rachna seemed quite low and less talkative. Given the type of individual I am, miserable at conversation starters, I could neither fathom what the problem was, nor could I ask!

The beginning of the problem

While I contemplated, another parent Jyoti asked Rachna about her recurring health issues. It seemed that Rachna was facing issues with her menstruation cycle which had become surprisingly short of late. This led to her facing other issues related to the same. These included bloating, irritability, mood swings, depression and even anxiety.

Rachna told us how she went through a complete screening of her pelvic area and was also administered with some blood tests. The tests that helped rule out different possibilities of issues that a woman faces between the ages 35 and 49.

Women who are prone to all these problems

As Rachna discussed her issues, my mind kept hovering over the fact that I would turn 35 soon. This meant that I too could be prone to various maladies that women go through at that age. The more I thought about it, the more worried I became.

Women go through several physiological changes– the body is deconstructed and constructed back again to handle motherhood. This process is not just giving birth to a new life but a rebirth for the woman as well, for even they start living a new life.

At the same time, a woman handles so many things as well – dealing with her menstrual cycle is no less than a war –  blood being the connection here! Of late, there have been studies that revealed how women found themselves citing concerns of their untoward physical and mental conditions at the gynaecologist.

A number women find themselves hitting a premature menopause which leads to hormonal imbalance, bone and muscle issues, auto-immune diseases and even anxiety and depression!

Why women are constantly anxious

Women these days see themselves competing for their basic rights leaving them nervous, anxious most of the time. Add to this undue stress both at home and work. This leaves the women unable to take care of themselves because they forget to do so while catering to the needs of others.

There are a number of other women like Rachna who are constantly trying to come to terms with something against their desire. For instance, Rachna keeps reiterating how wonderful her job was. And now that she has her hands full with two kids and a house to maintain, she can hardly imagine ever going back to work.

Though she does seem to have made peace with this, her desires probably still lay silent but active in her subconscious. This is turn causes her mental and physical stress.

When I look at such women I try and place myself in their shoes trying to analyse, aren’t my desires something akin to theirs? I see myself as someone who can balance both home and work.

However, at this moment, I cannot see myself getting into a full time occupation. This, in its turn leads to a series of emotional outbursts, severe mood swings and even postpartum depression. Not to mention that it affects me physically too, causing undiagnosed pains, tremendous fatigue and a recurring headache.

As the children played, and the sun set, my mind remained clouded with thoughts and worries of a woman’s well being. But it became clear that my well being lay in my hands and my hands alone.

With the thought of what Michelle has said, I reassured Rachna. After all, I am interested in a woman’s health.

I would be a darn fool not to be on my side! 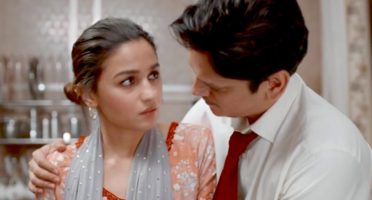 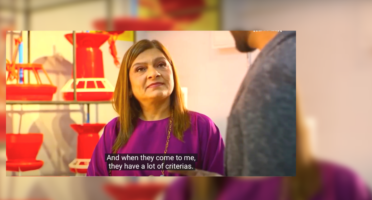