Since when has 'true love' begun to mean you can push your loved one and torture them or keep them captive? Shame on Kabir Singh's makers.

Since when has ‘true love’ begun to mean you can push your loved one and torture them or keep them captive? Shame on Kabir Singh’s makers.

It’s not that ‘Kabir Singh’ is the first movie made in Bollywood with traces of misogyny. But the fact that it earned in hundreds of crores does tell us something about what people in our country like/tolerate about films.⁣

It shows that there are people in this country who are fine with a man treating a woman as his personal property.⁣

It shows us that true love is confused with an unhealthy obsession for someone. Anything from stalking to violating someone’s personal space is alright as long as the other person believes they are in love.⁣

It tells us that we are fine with a bully threatening anyone in his college from even approaching a girl just because he finds her attractive. ⁣

This fact that he has to threaten them is proof that he is heavily insecure of himself and he genuinely treats random guys around him as competition and that girl as the ultimate prize. ⁣ 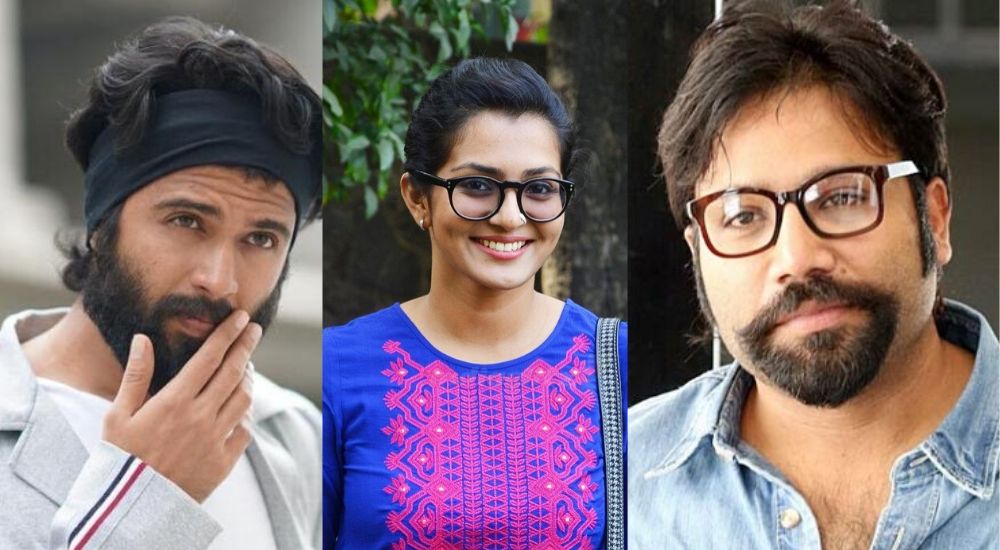 Kabir Singh Director: Fear The Only Deterrent To Rape. Hypocrisy Much, Mr. Vanga?

It is a reflection of how parents, especially fathers, approach the subject of their daughter’s marriage where the willingness of that girl to marry or not marry someone is secondary to the massive egos that their fathers have.⁣

It shows us that we are fine with this definition of ‘true-love’ where you can slap someone and abuse them repeatedly just because their parents have a problem with your marriage instead of understanding the point of view of the other person. ⁣

Since when has love become about getting what you want from the other person even if it means that you have to make them go through all sorts of mental and physical torture? ⁣

True love has always been about letting the other person be themselves, and wanting the best for them even if it means that they may not end up with you. ⁣

The question is not whether the movie maker Sandeep Reddy Vanga is misogynistic or if the story reeks of misogyny, which it clearly does. The question is what we as a society can tolerate as art and how does it really reflect on us. ⁣

It’s about how far we can go to justify our false beliefs and how comfortable we are with peddling shameful behaviour as ‘true love’. ⁣

And I guess we have gone too far this time. It’s not that we can’t redeem ourselves. But it will take a lot of effort and soul searching from us a society to undo the damage that movies like ‘Kabir Singh’ have done.

View All
Why Do Indian Women Miss To Pick Up Breast Cancer Early - Dr. Sharat Chandra Goteti Explains
How To Become A Data Scientist In India
Divorce Rights For Married Women In India - Legal Rights 101 With YourInstaLawyer
No More Guilt: Exploring The Ways In Which You Can Shed Mother's Guilt
Steps To Landing Your First Writing Job - Want To Be A Content Writer?
What Are The Essentials Of Being A Good Content Writer?

Arjun Reddy, Kabir Singh Get Their Tamil Twin- Adithya Varma. Do We Need Another Toxic Male?

The upcoming Tamil remake of Arjun Reddy a.k.a. Kabir Singh goes on to show you just what sells in our country - Toxic masculinity! Hence it makes perfect business sense to the irresponsible makers of these movies.

The upcoming Tamil remake of Arjun Reddy a.k.a. Kabir Singh goes on to show you just what sells in our country – Toxic masculinity! Hence it makes perfect business sense to the irresponsible makers of these movies.

As if neither Arjun Reddy nor Kabir Singh was enough, Kollywood decided to trample upon women with another misogynist giant – Adithya Varma. Doesn’t it make you wonder how pathetically insensitive the public is? That despite the toxicity these movies propagate, people are actually waiting for it!

Merely the trailer of Adithya Varma has reached 14 million views and is on its way to more! Though the movies did get a lot of criticism for glamorising misogyny and toxic masculinity, they are still being produced. Let us look upon the facts that has made these kind of movies so popular and influential.

Why Kabir Singh was so wrong

Firstly, the things that went wrong in Kabir Singh. It is not only Kabir, but Preeti’s (aka the Beloved) character has also been greatly unjustified. As a conflict to Kabir’s violence, Preeti is a quiet and demure MBBS student who has accepted her identity to be his “bandi”.

I watched Jab We Met while I was in hostel, doing my PG. We have literally grown up together, dude! How old were you then? 26, I believe? So tell me is it wrong to expect a little more responsibility from you?