The fact to notice here is that the new cabinet includes only 6 women ministers. Out of these, 4 have previously served as Union cabinet ministers in the Modi 1.0 2014 government. The count of only 6 women comes as a surprise because the 17th Lok Sabha has the highest number of women MP’s elected in the lower house till date. The 2019 election gave way to a total of 78 women ministers in the Lok Sabha.

The percentage of women ministers in cabinet comes down to 10% in Modi 2.0.

Nirmala Sitharaman, Smriti Irani and Harsimrat Kaur Badal are the 3 leaders who are again a part of the cabinet as Union Ministers. On the other hand controversial leader and Fatehpur MP Sadhvi Niranjan Jyoti is also repeating her term as a State Minister. The new additions in the cabinet are  Sarguja MP Renuka Singh Saruta, and West Bengal MP Debashree Chaudhuri who have been given state ministry.

It is however interesting to note that big names like Sushma Swaraj have according to sources not opted to be a part of the cabinet due to health reasons. Another noteworthy fact is that with Modi 2.0, Nirmala Sitharaman has become India’s first full-time woman finance minister. Sixty year old Sithraman is is the country’s second female finance minister. Prime Minister Indira Gandhi was the first to handle this portfolio in 1970-71.

Here are the women ministers in Modi 2.0 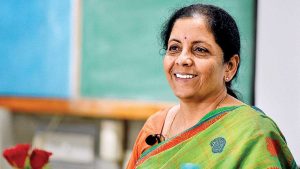 The defence ministry was passed around to three ministers under Modi 1.0 government and Sitharaman was not seen as a good choice by many, but she proved her worth by introducing many policy changes like the new defence manufacturing policy. She also launched the UP and Tamil Nadu defence industrial corridors.

The major challenges that Sitharaman will face in her tenure regarding economy will be getting the economy moving again with a better growth rate, creating jobs (8.1 million new jobs are needed in India every year according to the World Bank), maintaining the private investment flow, managing the export and import balance which in turn manages currency weakness or strength. 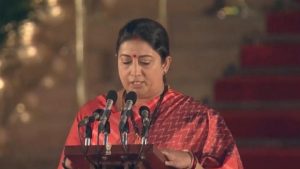 It’s not unknown to anyone that Smriti Irani, during her term in the previous cabinet, had been in a lot of controversies. But despite everything she defeated Rahul Gandhi in Amethi in the elections. Rahul Gandhi’s defeat came as a shock for many because the seat has been almost like an ‘ancestral property’ to him.

In the previous government Irani was on a cabinet shifting spree due to many controversies. She became the youngest cabinet minister in 2014 and was given the responsibility of the Human Resource Development ministry. From that she was shifted to the textile ministry due to her controversy in the ‘Rohit Vemula’ death case and her educational qualification controversy.

As the Textile Minister she had given a push to sericulture in the region, and has also worked towards setting up 21 ready-made garment manufacturing units in seven states primarily the North-East. There were also many policies launched to boost textile support.

The most prominent challenge that the minister will face will include better child welfare policies, combating the increasing domestic violence, working on malnutrition issues, and maintaining the textile policies launched in the previous term to maintain export and create jobs in the sector. 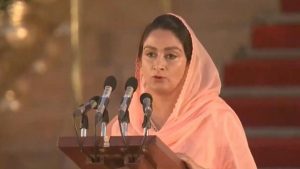 Kaur is the MP from Bhatinda, repeating her tenure in the new government. She is the only women MP hailing from an alliance party, Akali Dal, after defeating Congress leader Amrinder Singh by 21,772 votes in a very close battle for the Lok Sabha seat of Bhatinda.

Her major achievements have been in Foreign Direct Investment – in 2016, the center allowed 100% FDI through approval route. This was particularly done for retail trading, including through e-commerce, in respect of food products manufactured and produced in India,. This investment is expected to reach $28 billion this year. Kaur also set up a NABARD fund in her term, and got the food processing unit as an agricultural deal in the priority sector.

Maintaining the 100% FDI, setting up more funds to decrease the stress on the agricultural sector, and getting more investments from the yearly event World Food India. 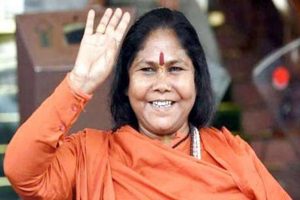 The former Minister of State for Food Processing Industries Sadhvi Niranjan Jyoti has been given the responsibility for Ministry of State in the Ministry of Rural Development in the Modi 2.0 cabinet. She won from Fatehpur parliamentary constituency in Uttar Pradesh. Her victory margin improved by over 70,000 votes.

While she has done some good work like working towards planting more trees, uplifting poor children and helping women from financially weak backgrounds, she also has on her name (the debatable) issues of protecting social and cultural values, and protecting cows. She has also been in controversy due to her communal remarks and by asking people if will they vote for ‘Ram Sons’ or ‘illegitimate sons’. 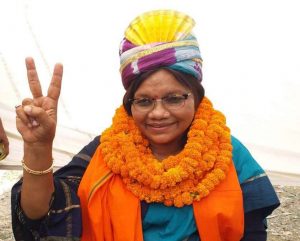 Saruta has been a member of the Chhattisgarh Legislative Assembly from the year 2003-2008. She is a new addition to the Modi Cabinet and has been given the responsibility for Ministry of State in the Ministry of Tribal Affairs.

Working with Cabinet Minister Arjun Munda, her major challenges will be seeing to the Naxalite movement, working on better health and sanitation facilities for the tribals, creating more education and job opportunities for the tribal people. 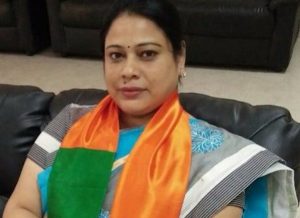 Debasree Chaudhari, BJP’s MP from Raiganj, West Bengal, defeated TMC’s Agarwal Kanhaialal by 60574 votes and has become the new addition in the Parliament. She has been given the Ministry of State in the Ministry of Women and Child Development.

She will be working with Cabinet Minister Smriti Irani and will be focusing on women rights and child development issues.

Essentially the same ones that Cabinet Minister Smriti Irani will face.

Wishing them all the best!