Women are burdened with the pressure of living up to unrealistic standards of beauty along with constant stereotyping. It is time we call out these commercials that promote such bizarre ideals.

Women are burdened with the pressure of living up to unrealistic standards of beauty along with constant stereotyping. It is time we call out these advertisements that promote such bizarre ideals.

We all know that women are recognized as “beauties” even though no one knows the exact definition of beauty. There is no problem in doing so. But the problem arises when that “unknown” standard of beauty affects women adversely. This is mostly done in advertisements.

When I say advertisements, it means all the commercials regardless of the product for which that ad has been made. From fairness cream to a pressure cooker, from men’s deodorant to undergarments ads, nothing is an exception where a woman isn’t being exploited by applying this imaginary and subjective standard of beauty and behaviour.

I was just watching some videos on my phone when I came across an advertisement promoting a face wash of a very famous brand. Those series of commercials claimed to “celebrate” the “swag” of every woman, more like the uniqueness of every “bindaas” woman. In that ad, they show a skinny girl, who claim to be a “foodie”.Well, I don’t know what that means but, she mocks fitness freaks and being a “foodie” is her “swag”. Sounds good, looks good right? Not really.

I found this problematic because, this advertisement literally features thin women, with a figure that “society” considers to be an ideal figure for a woman. First of all, skinny girls need not necessarily be foodies. There is not even one girl who isn’t skinny in the whole commercial. This rather incorporates a thought in a normal girl’s head that being “skinny/ thin” is mandatory even if one is a “foodie”.

Another “swag” portrayed in that advertisement is about a girl who is ‘chill’ and is not serious in life. Good. But the girl has all the different hair-dos, headphones, skating in the college corridor, playing basket-ball and all. The “padhaaku a.k.a nerdy” girl is basically a science student, who always studies and wants to be a topper and the “gossip girl” enjoys gossiping.

I know this because she herself states that when someone tells her a secret, it becomes the latest gossip. Then comes the “party girl”. So people around a party girl never get bored because she is “chill/cool/and so on”.

I have watched those advertisements several times but I still don’t get what they are trying to convey here. Are they really “celebrating” anything or they creating some “types” of girls and are incorporating the idea that only these are ideal girls? Don’t the makers think that there is something in between being extremes and also about the girls who don’t belong to any one of the mentioned types?

Fairness cream commercials exceed all the limits when it comes to portrayal of women. They plainly say that women with dusky or dark skin have no career, they cannot be accepted in the society and no matter what their qualifications are, they won’t get their dream job. Just apply a fairness cream for one week and boom! There you go.

You have your dream job without even applying or getting through the interview, you just become a pilot in the Air Force, the man who rejected you because you were not fair is dying to marry you now and your best friend is jealous of you. What a trash! It was utterly stupid when in one of these advertisements a girl’s marriage gets fixed because she was fair and guess what her sister did? She installed a light bulb in the room and it enhanced her fairness. Seriously?

I know that a lot of people who are reading this might not agree with my POV. But imagine a teenage girl, who has no idea about what “being yourself” means, watching such commercials. She would definitely imagine that belonging to one of those mentioned categories would only make her the kind of girl that society would accept.

She might consider herself a deviant and might try to fit herself in those pigeonholes. The commercials, which claim to “celebrate” every woman, is not doing so. In fact, it is reinforcing the stereotypes that a girl should be either a “padhaaku nerd” or a “gossip girl” or a “foodie” or a “party animal”.

What about those women who don’t fit into these? I understand that a commercial or a series of such commercials might not be able to portray all kinds of personalities. But, they can at least not create pigeonholes and build up the stereotypes, from which we all are trying to get out off.

Why are commercials for condoms  always about sex and not about birth control or about preventive measures against STDs? Why is it always women who work in kitchen while advertising for some kitchen appliances?

Why is it always mothers who worry for their kids’ health and “spreading of germs”? What are the fathers even doing? Aren’t the men in family bothered about the child’s health? Why are women always limited to glamour and cooking? Portrayal of women in commercials should celebrate her being a woman. They should be inclusive.

I have never seen a commercial which featured ducky or chubby women, except in those advertisements where a dusky skin coloured woman wants to become fair or a chubby woman wants to become thin, to achieve their “goals” in life. This idea is ridiculous. This should change and the change should begin from our end, by not accepting such ideals and by further using social media platforms to make it clear as to what is wrong with such advertisements.

I am a law student, enthusiastic and I read a lot of fiction. Interested to talk about things that bother women in our daily lives and the stereotypes that we all have to handle. read more... 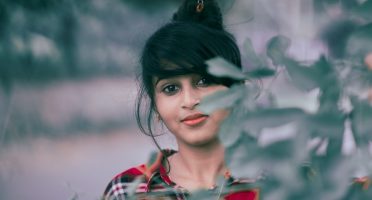