Try Living As An Indian Woman, And THEN Tell Me I’m Playing The ‘Victim Card’

Women have always been told they are second class citizens, their birth unwanted, always 'belonging' to someone else as if they are objects, not full human beings.

Women have always been told they are second class citizens, their birth unwanted, always ‘belonging’ to someone else as if they are objects, not full human beings.

For generations, women have come and gone, leading lives that have been shaped by the patriarchy, forcing women to lead a life that serves their potential poorly, in one way or another. The very patriarchy that isolates, excludes, discriminates, second-guesses, hates, hurts, harms, and abuses women also goes a mile further to tell women not to “play the victim card.”

To that patriarchy, I throw a challenge.

Try living in the eye of this storm. Try doing half the things women do, staring the world in the face and throwing acts of resistance in its eyes to shake up the status quo. Try raising hell when the pressure of this feels like ten planets stacked up on your back.

And then tell me how tired it can make you feel. And then tell me how, despite finding all the courage in the world to fight it, there are days when you crumble and hold onto the pain because that’s what you want to do at that time. And then tell me that the resilience you found within is your bloody crown jewel that you wear with pride, with all its scars intact.

And then, tell me, just tell me, how you dared to think that a woman asserts her “victimhood” and doesn’t fight it.

Image source: a still from the movie Videsh 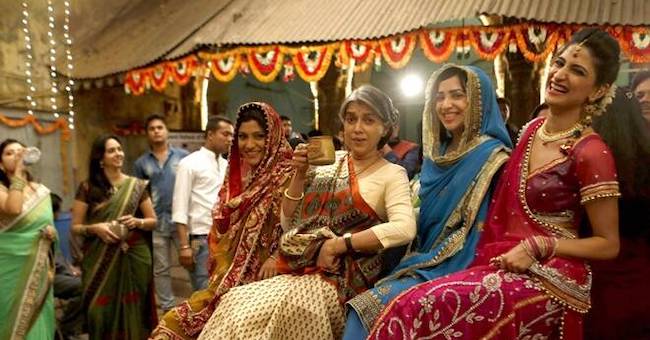 From shaming women for choosing to be child-free (as trolling of movie Sara's showed) to offering freebies for 5 or more kids, Kerala's Catholic Church doesn't care for women's choice!

From shaming women for choosing to be child-free (as trolling of movie Sara’s showed) to offering freebies for 5 or more kids, Kerala’s Catholic Church doesn’t care for women’s choice!

Catholic Church in Kerala recently offered couples many incentives to have more than 5 children. A case of religion and patriarchy wanting to control women’s bodies and choice!