How to React Under Pressure – A Lesson From The Real Hero

In your life whenever there’s social, emotional, physical, mental, national pressure; think the best you can do to save a bigger interest

‘Remember the will to survive is stronger than the desire to kill. If you promise yourself to not fail, nobody can let you down.’

There was a time when I chose Journalism for my higher studies. I was enthusiastic. And why not, I started to feel that one day I’d be that one tiny muscle that will add to one of the strongest arms of my nation.

I’d be somewhere reporting for my niche in a ‘unique way’ that will not create disturbance but build interest, help minds to construct their opinion and deconstruct all the false alarms/ alerts.

To bring the nation together with the right news and still let them stay open to have their opinion. To not corrupt minds with twisted thoughts and questions, which lead to an answer that I want to hear.

Somehow my interest was more inclined towards the imaginative and creative world, so I pursued my advertising dream (because logically news could not be dreamy and only factual).

Sometimes I even felt I was too weak for journalism. But today, I feel journalism is falling weak.

Today we have so many news channels and they are racing to be the first and better than each other. In this race, they are trying to be as creative as they can, forgetting the base of news telling.

The idea of having more news channels was to feed people with news from everywhere, to enlighten with opinions, to open paths to new opinion, to bring the remotest places together.

On seeing how media reported the recent tension between India and Pakistan, I thought to myself if I were a journalist, I’d have reported responsibly.

Then I thought again, would I also succumb to the political pressure; and report a rather tweaked and ready to digest opinion than a rational perspective?

I wonder why is that one strong arm of the nation falling to the pressure?

IAF Pilot Abhinandan returned from Pakistan safe. Everybody is happy about it but some people still thought Pakistan acted under pressure for sending him back. Others think Pakistan put India under pressure by choosing the peaceful step.

People started blaming media (like I am), some people blamed the Government. But apart from blaming, there’s one strong lesson from this entire event that I have noted in my diary.

I think it does not matter who is under pressure now, what matters is to learn how to act when there’s pressure. Like what IAF Pilot Abhinandan Varthaman did under so much pressure. In a war scene, if you are captured by the enemy and mistreated by a mob and questioned by their army, what are you supposed to do? There are two ways to react to this situation.

One reaction would be – you respect your country’s and your family’s privacy and with all respect deny to answer the questions that seek secure information (exactly what Wing Commander Abhinandan Varthaman did under pressure on a foreign land).

The second reaction would be – that you’ll go ahead and leave no stone unturned to provide them with the information they are asking for (what many media channels did under pressure of their own leaders).

There are mainly two reasons why media reporting is going haywire and opinions are losing direction, why debates are becoming a battlefield. The reason is the race to be the first; and the bigger reason is us- the audience. I agree, we as an audience love to watch all the insensitive and spiced up stuff they show us. With instant gratification trending in the digital world, we are slowly becoming sadistic pleasure seekers. Finding solace in sad news, sharing it, and forgetting some heroic acts very easily.

Media is the strength of a nation, what could it not do. Imagine in situation where the whole nation was furious over Pakistan – a coverage that wouldn’t instigate the feelings and emotions would bring the country together and build peace but reporting in an irresponsible way, blaming our own leaders at a crucial time, sharing information that need to be kept secure, people trolling the neighbouring nation raised more opprobrium worldwide.

This single event showed us two main theories of reacting under pressure:

Following this theory, when there were a lot of pressure, almost war-like tension and heat in the country, media expanded, stretched and exaggerated a heating issue to another level.

2. Diamonds are formed after undergoing extreme heat and pressure

Dealing pressure is an art, if you face it like our real Hero Abhinandan Varthaman, you are sure to shine bright no matter where you are.

So in your life whenever there’s social, emotional, physical, mental, national pressure; think the best you can do to save a bigger interest. That bigger interest could be any – it could be you, your family or the entire world. 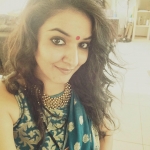 Author - Kids are from Mercury (Available now @ Amazon) ~Anu Gogna is a copywriter, photographer and designer based in Singapore. Her passion is expression, which she communicates through writing and photography. Barely 6 years old, she read more... 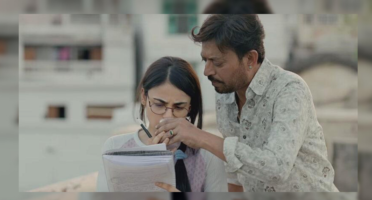 Gently & Effortlessly, My Dad Brought About Big Changes In My Life! 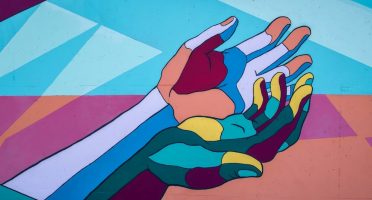 Embracing Kintsugi, The Japanese Art Of Repairing Pottery, To Heal Our Own Sadness 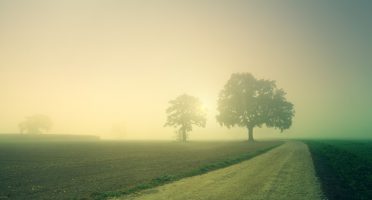 Winter Is Homecoming Season For Me...And That's Why My Favourite A Vegetarian Mom's Kid-Friendly Shanghai Trip: What To Eat, See & Do 5 Simple Things (NOT Multitasking) You Can Do Every Day To Feel Like A 'Superwoman'!