My neighbour recently confessed to me that she has no idea what an orgasm feels like, even after sixteen years of marriage. And then popped that question!

My neighbour recently confessed to me that she has no idea what an orgasm feels like, even after sixteen years of marriage. And then popped that question!

I won’t name her – let’s just call her Maya. She’s my new neighbour and the way we are sharing our time, soon it will develop into friendship. There is nothing common between us. She is a shy, typical homely sanskari Indian girl which typical Indian mother-in-law would love to bring home. And I am what she calls me ’bindas’.

Once during our afternoon gossip session she dropped a bomb and it was not an ordinary one. It was a sex bomb.

Before this, we had never talked about it, neither had I thought that I will ever talk to her about sex and our sex life. She is almost ten years younger to me, and I still didn’t consider her to be close enough for sex talk. But still it happened.

“Bhabhi, have you ever experienced orgasm?”

I almost spilled the tea. “What?” I was so loud that my eighteen year old daughter came rushing out of her room to check on me.

“No, I am perfectly fine. We were just talking.” She wasn’t convinced, but she left us alone.

“How long have you been married?”

“Sixteen years.” She replied with a sigh.

“Don’t tell me those sixteen years and two children later you want to tell me that you haven’t experienced orgasm?” She is an educated girl in her late thirties. She loves to talk about her convent education, flaunt her post-graduate degree that she earned after her marriage and loves to talk about the job she did with an NGO working to empower women before her marriage.

And now if she is asking me about orgasm it means that she has not experienced it yet!

It was hard to believe. But then being an ardent reader I knew that it is a reality. There are lots of women out there who are just a hole in the body. They have been brought up on the thought that sex is something for the men to enjoy and females are there just to satisfy their need. Sex is not for their pleasure. It is the prerogative of men. There are countries where circumcision is performed on young females so that their sexuality and sexual urges are under control. But I was sure that she didn’t belong to that society or culture.

“You haven’t experienced it yet?” I threw the question.

“Have you talked to your husband about it?” I knew the answer but still asked.

“I don’t know what to say or how to talk to him? I can’t talk about what I want in bed with him. He is usually in a hurry and foreplay is a waste of precious time for him. I want to talk to him about our day, for me it’s a form of emotional foreplay. I want to get engage in the cushy romantic moments that I read in stories, I want him to kiss on my lips like they do in movies, I want him to touch me passionately, but…”

“There is nothing like that in my life. We just do intercourse.”

Then she remembered something. “But yes after every encounter he definitely ask me whether I am satisfied or not.”

What do you say?

“You know every time I fake my orgasm like I have seen in the blue films. Every time he asks and I say yes.”

She looked at me and I could see that she was ashamed to talk but still she did. She needed someone to confide it. We the sanskari Indian girls are not trained to talk about sex in open and surely not with our family and mark it husband is a family. It must have taken her lots of courage to talk about her sex life with me. I don’t know why she chose me. But she did.

After a long pause she said softly with her stares fixed on the floor, “Once I have talked to him about it during the early days of our marriage. He said that I don’t experience orgasm because there might be some problem with my sexuality. He said that sex is all in our mind and it has nothing to do with our body. Normal human beings get aroused the moment they get naked with opposite sex in the bed. If I am not getting orgasm I should get myself checked.”

“Do you feel attracted to a woman?” I asked her with a poker face.

“Bhabhi… what rubbish.” She looked lost trying to find an answer to my blunt question. “I like befriending girls, I love to spend time with my girlfriends and I think I am attracted to woman, but I don’t know…”

She looked straight at me with lots of doubt in those pretty eyes, “I don’t know but am I a lesbian?” 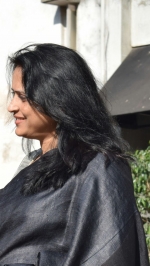 Full time homemaker and part time writer, I write when emotions overflow and I want the world to read my thought. Writing the thought is important because we have forgotten the art of reading the read more... 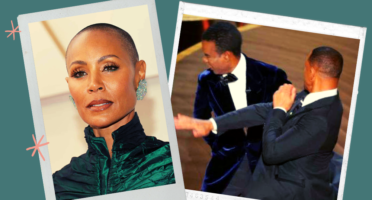 Men, Stop Trying To Be 'Macho' Always And Mess Everything Up, Like Will Smith Did! 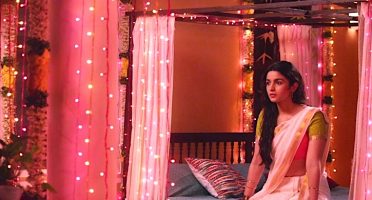 It's A 'Lockdown' For Me Every Time We Visit Your Parents, Husband, So Don't Crib Now