Dear Husband, I Enjoy Our Relationship But It’s Devoid Of Any Orgasm For Me…

Her husband has pain during sex, but is terrified of the surgery suggested, so there are no orgasms for her in an otherwise loving and close relationship.

Her husband has pain during sex, but is terrified of the surgery suggested, so there are no orgasms for her in an otherwise loving and close relationship.

He and I met 6 years ago and got married within a year of long distance dating. He was based in Europe and I was in India. There was little time to jump into the sack during our courting period but we had sex a few times when he visited for a short stint of 1 week. In retrospect, I wasn’t sure of our sex life, because the high I was getting from being in a committed relationship far exceeded the high you experience whilst having sex.

We tied the knot and went on our honeymoon to an exotic location, a paradise beach island. The honeymoon was mostly spent in exploring the place and trying out activities like scuba diving, parasailing and sightseeing all day. This left us too exhausted to try anything remotely physical. After all we had our whole lives ahead of us for sex! We were mature individuals on the right side of thirties and lacked the energy of teenagers.

We headed back to India. I had to start afresh in a new city as my husband had a job there. Neither of us belonged to this city, but we were having a great time discovering each other in the absence of my in-laws or folks. Sex was finally served on the table.

My husband started to complain of pain during sex because of a tight foreskin problem. Many times, we had to quit right in the middle of it because he was in pain, leaving me high and dry (literally!). He avoided any discussions and I could not go on without confronting the problem and coming up with a solution; after all we didn’t want to be an asexual couple.

So we consulted a sexologist who advised getting the foreskin removed surgically since it was causing problems. My husband was terrified of undergoing the knife and I didn’t want to insist either. Our dry spell continued. He enjoyed hand jobs more as they were more controlled in action and didn’t cause pain; I dry humped the edge of a chair or bed to get pleasure when he wasn’t around.

It was time to procreate as my biological clock was ticking, so I consulted a Gynecologist to plan my pregnancy, she was studying my ovulation cycle and on the day of ovulation she gave me the green signal. When I reached home that night I told him I was ovulating and we had to do it. His existing problem coupled with performance anxiety knowing this session may result in creating a life was not helping at all. I felt like Monica from friends, demanding we get it done! So we chose a non-traditional method of completing the act. I gave him a hand job and when he ejaculated I inserted his penis inside of my vagina. It’s ironic, a couple struggling to have sex makes a baby in the first go!

My husband has moved to another city and set up a business of his own, and I will be moving to his home town soon. We were just waiting for the business to get on its feet.

In the 6 years of our marriage we’ve lived under the same roof for 4 years. We haven’t had sex in the last 6 months. I love him and he loves me but this void will always be…

UNCENSORED is a new Women’s Web handle that lets you share frank, uninhibited notes about sex – a topic that there is far too little honest discussion of in India, especially from the female perspective. Have something to say? Send us your piece at [email protected] and we’ll make sure you stay anonymous if you want to. 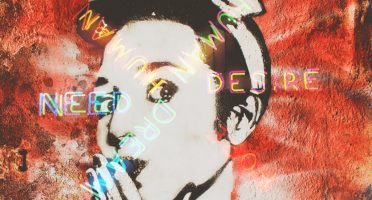