By The Women, For the Women – An Impressive Women Empowerment Project

Reaching out maximum families through women, and community through family, ultimately leading a better state is the goal of Kudumbashree.

A woman rises from ashes, fight odd ruckus, lives for others, turns fire into gold…we salute thousands of Kudumbashree women spread all over the state, real inspiring icons, who work for women development tirelessly.

During the fateful time when Kerala struggled to hold on to the drastic flood situation, humanity learned a big lesson. To stand for oneself even if the situation requires a million hands. An exquisite sight of heroism was showcased at the relief camps and during the reconstructing process. While some giant names came up with helping hands, Kudumbashree women also had their share to contribute and they came up with whatever they could. You wouldn’t believe that this turned out to be an unbelievable amount of 8 crores for the Chief Minister Disaster Relief Fund.

Kudumbashree means “prosperity to every family.” Started in the year 1997, the aim of this organisation was mainly women empowerment and eradication of poverty. The initiative becomes one of the largest women movements in the world in a state that is not even half of the other states in size. Initially, the project was implemented by SPEM (State Poverty Eradication Mission) by the Government of Kerala.

But more than two decades later, the community project has outgrown into one major development and welfare community structure solely run by women. Glad in their uniform jacket, one would encounter them in every nook and corner of the cities across the state. From collecting garbage from every doorstep to getting medical aid whenever you require, they have emerged as helping hands you seek for.

The Neighborhood Groups mainly amalgamate a group of women from below poverty line. They are given special training and knowledge implementation to make them independent and self-sufficient. A weekly meeting is conducted for upgrading skill and imparting basic knowledge.

During one of my recent visits to my hometown, I was surprised to see my 80-year-old neighbour reading Malayalam newspaper. Kudumbashree Mission also has one of its mission as aiding elderly people to read and write in their language. This has already started spreading magic! Most of the neighbourhood ladies have also started growing their own organic farm around the house or on the terrace.

Women with skilled handicraft have been provided financial aid for business start-ups. Women have been made self-sufficient to use net banking and other online facilities. The surrounding and public community development works towards maintaining cleanliness across the cities, identifying families with financial difficulties and providing better living conditions for elderly people. Chit funds with minimal deposit are created to help out at the time of crisis.

2018 witnessed some of the best innovations and ideas that came into life! Kudumbashree Malappuram District Mission is ready to start “Shree taxi” keeping pregnant ladies, mothers, and newborns in mind. Street vendors across the state were given proper recognition by issuing identity cards to them. Thus, Kerala became the first state to implement this wonderful initiative. Reaching out maximum families through women, and community through family, ultimately leading a better state is the goal of Kudumbashree. 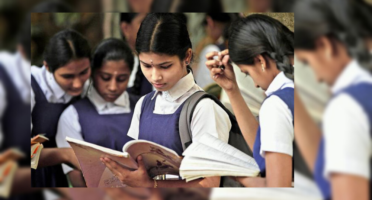