Despite The Ruin That Life Has Become, I’m Unable To Leave My Alcoholic Husband!

Alcohol is running my life; dictating what I can or cannot do, making me feel powerless. But I cannot leave my alcoholic husband despite all the horrors I suffer.

Alcohol is running my life; dictating what I can or cannot do, making me feel powerless. But I cannot leave my alcoholic husband despite all the horrors I suffer.

The need to get intoxicated has been there since time memorial and for various reasons. The desire to travel into an alternate world riding on the steed of a strong liquid is apparently compelling. Kings used to drink to demonstrate their matchless quality over the general population; the fact that they could be in delirium and yet rule the commons. The common men drank in order to get even with the mundane stresses of everyday life.

My personal battle with alcohol

I have fought a battle with alcohol for many years. For around three months, it appeared that I had won, yet the demon returned. Does it never go?

My otherwise perfect husband is an alcoholic. It had begun years back and has continued to live with us. It has become a kind of companion with whom you are being forced to spend your life. How do we deal with this? Don’t we all try whatever best we can? Most of the times it doesn’t seem enough.

Nobody said life would be a cake walk. Nonetheless, no one told me that it would resemble walking on a barbed wire set on fire. The feeling is indescribable. The pain of dealing with it breaks you from inside. Each morning I open my eyes with the hope that this day would be better; the afternoon splashes cold water on my expectations.

Home is my hell

Home is supposed to be where you come to rest; however, how do you handle when it becomes synonymous with hell? I force my steps to reach home when my whole body and mind resists. Alcohol twists the mind of the abuser so badly that it begins to perceive everything as sinister. I assume it sends them into a kind of haze where everything seems shallow or non-essential to them. Or is it otherwise? Whichever way it might be, it does not do good to anybody in the household.

Living with an alcoholic is like swinging on a see saw. The ups and downs of an alcoholic are almost like a bipolar patient. Or do they actually become bipolar during all this?

At times, the alcohol consumption makes them overtly loving and attentive, which is again superficial, though feels good for the moment. It is like a moment of love which is otherwise difficult to find, so we grasp it eagerly, only to be dropped unceremoniously minutes later. The receiver would stand dumbfounded trying hard to understand as to what happened exactly; years of living would make you immune to this experience.

The alcoholic will fight and make noise about everything and nothing. He/she would pick up fights, promise impossible things, make stupid overtures and the like. The worse is that they forget the mutual respect any relationship demands.

An alcohol-induced disagreement with a stranger could still find a way as it would not be a regular feature, however, dealing with an alcoholic at home is a different matter altogether. It takes a tremendous amount of strength to cope with them.

Willing slaves of the drink

Makers of alcohol make millions out of the dependency and willingness of people to get into an alcohol-induced trance.

Though each one of us is aware of the adverse effects of excessive usage, a few of us somehow seem to have no willpower to resist the strong draw towards the delirious devilish liquid that liquor is. With each drop that goes inside the throat, there grows an expectation that the future would be fine. This misguided expectation makes individuals ingest copious amounts despite knowing that every drop is injuring their insides. I have reached a desolation point where I can even think of it amusingly – the organs are so determined to commit suicide that they somehow compel the human to reach a bottle and take a swig. Taking a swig, however, is not the problem, draining the whole bottle is.

Alcohol has been ruining lives and families since ages and will continue to do so. As long as people have worries, they will consider alcohol a saviour: saviour of some, and the reason of distress for the others.

Why people choose alcohol over their families and loved ones, is beyond my comprehension. We have always been hearing stories of men abusing alcohol, and in their stupor, misbehaving with their wives and kids. Women are beaten black and blue, and at times we have also seen them being killed as well under the influence of alcohol.

The effects of having an alcoholic in a household are disastrous. Family life is destroyed, love life goes astray, the general life as such reduces to such a pitiful existence that at times you decide to end it all. 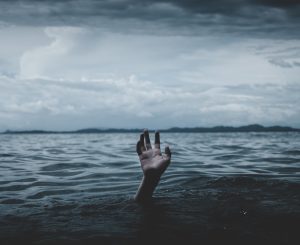 The children have a long-lasting effect on their life if either of their parents is an alcoholic. For one, they are deprived of love and second, they are exposed to a hellish environment which is not justified for any child. There are countries where the kids are taken away by the government if the parents are abusing alcohol; however, in our country no such rule exists. So, either we stay, or we leave.

Why I can’t leave him alone

Leaving an alcoholic alone is not an easy decision, it is easier said than done., When you love a person, you do not and cannot leave them with a peril when you know they would be helpless when under the influence.

Now again you give it a thought – are they really that helpless? An addict has a choice – get treatment or choosing alcohol over their family. Whatever the condition may be, it is not easy to leave a person you love. So, either you get them to a treatment facility or you endure. Mine is one of the cases where the alcoholic is seemingly in denial or has taken to lies. He outrightly denies his addiction and refuses to go for help. He threatens with suicide, hence the thought of leaving him vanishes without much conclusion. A third-party listener would inadeptly advise leaving this person in such a situation, but is it as easy as it seems? What becomes of the addict if their loved ones leave them?

Now I am brain-storming for the way out. There are several ways of tackling a situation. One of course is to leave the person and renew your life. But will you be really free then? Will you be free from the thoughts which will follow you everywhere? Resorting to asking help from the family and kin is another option. They could possibly counsel or coerce the alcoholic to see a therapist/doctor. I have seen it fail as well if the person is adamant to drink.

So, do we now leave him to his deeds? What if we have no support system?

Image source: a still from the movie Devdas

The author works as a Managing Editor. She has previously published articles on mental health on various online platforms. She likes to write about mental health and anything which influences our lives. read more... 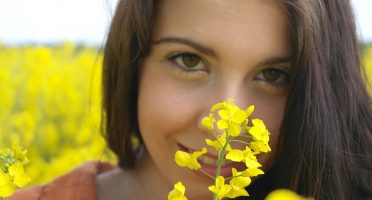 It Is My Time To Shine 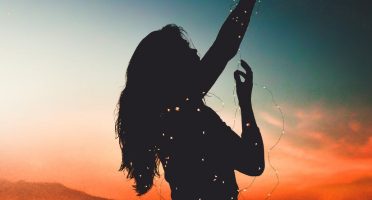 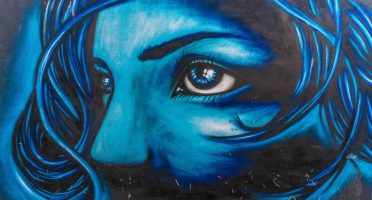 In This Dark And Bottomless Pit That I Find Myself In, Will I Ever Find Any Light?