Cooking is not a gender linked life skill. Why is it that a man, otherwise competent, expects the women in his life to feed him and can't cook even to save his life?

Cooking is not a gender linked life skill. Why is it that a man otherwise competent, expects the women in his life to feed him and can’t cook even to save his life?

My uncle Bishwambar has this funny ailment of suffering from a brain-freeze, the moment he enters a kitchen. Although a prodigy since childhood, who sailed majestically through a sea of academic achievements, scooping medals off pegs like it was a cinch, his ship of laurels wavers tremulously whenever it finds itself in the treacherous waters of cooking his own food.

Although an astrophysicist by profession, who stuns his students with his blitzkrieg computing, my uncle turns into a goggly-eyed moron if he is asked to differentiate between sugar and salt. Asking him to brew a cup of tea will throw him off-balance. He will hum and haw and shift restlessly, staring at the necessary ingredients with the befuddlement of a telescoper who happened to spot alien ships in the sky.

In short, my uncle Bishwambar cannot cook. Forget making tea, he cannot even boil water without scalding himself or setting the kitchen on fire. He cannot warm a ready-to-eat cup of noodles in the microwave, no matter how explicit the instructions are on the label.

This strange handicap of his however, never fails to elicit fierce protective responses from his proud mother, his adoring sisters and his doting wife. His inability to cook is viewed with indulgence, affection and even a casual sense of pride. Of course he can’t cook. Can a man of such Herculean intellect be expected to squander his precious gray cells on something as mundane as the amount of salt in a curry. Never mind that instance, when a distant aunt (who is a marine biologist, by the way) could not get her dal to soften to a perfect consistency and received a comment such as- “What is the point of being so intelligent, if you can’t even cook Dal properly?” It would be a monstrosity to make comparisions.

But it never ceases to amaze me, although I mull over it silently because Uncle Bishwambar is the apple of the collective eye of my Family.

Food, clothes and shelter are the basic needs for a man’s (and a woman’s) subsistence. So how do a certain breed of men, who otherwise have claimed for eons to be stronger and the champions of self-reliance, evolve over time to lose the ability to fend for themselves in the vital area of gastronomic concerns. So much so that they become refractory to any kind of training.

The last observation is of course biased by the factor that very few had deemed it necessary to train them; have rather balked at the idea of training them. Cooking is an art, someone says to me, not everyone can be expected to have it. But if eating is a necessity, not a luxury, then cooking cannot be an art, it’s a life skill. It is the modern-day equivalent of hunting and gathering. Or maybe just gathering (hunting is too brawny a thing to have evolved into a woman’s forte?).

Men who can’t cook are those hapless looking innocent-eyed compradors of patriarchy. They give out a clear message through their fuzzy-faced bewilderment at the thought of cooking for themselves. Their inability to master the simplest of tasks, inspite of them doing many more difficult ones means only one thing. That this man expects a woman to hold herself responsible for feeding him at every point in life. Be it his mother, his sisters, his wife, his daughters. One of his fundamental needs, food, is always a woman’s concern and moral obligation. And in case she is unable to cover this incapability which is his to begin with, the shame and recrimination is entirely hers.

Not everyone needs to achieve Himalayan heights in cookery or perform culinary legerdemains. But men who refuse to learn even the simplest of things for their basic subsistence, when they have no trouble aquiring much more complicated skills are the ones who perpetuate this twisted logic. Although it’s a paradox, that a man’s immense (and immensely fragile) self-esteem is not wounded by the realisation that they are after all very dependent creatures, that they have inadvertently slid down the ladder of survival at an insidious pace, that their hunting-gathering forefathers would regard them with pity, because thousands of years ago, they would be the midgets who couldn’t survive a day. But today, since humans have hacked the whole process of evolution, such reflections are mercifully clouded, by conveniently making a virtue out of an ineptitude.

Image source: a still from the movie Sarkar 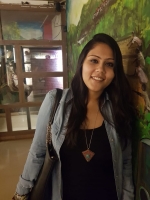 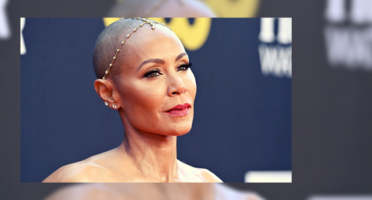 Can We Talk Of GI Jane And The Fact That Jada Pinkett Smith Is So Much More Than 'Will Smith's Wife'? 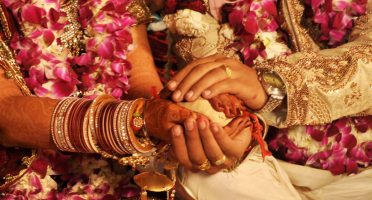 2 Things About The Show Indian Matchmaking Make Me Optimistic, Even If I'm Also Quite Outraged 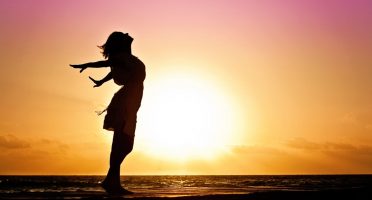 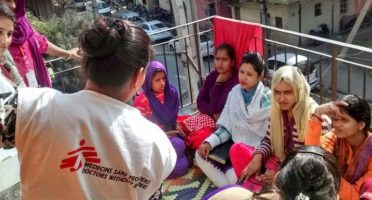