Just Having Safety Apps On Your Phone Isn’t Enough, Ladies!

Mobile phones can be used as important tools for women's safety and empowerment, making the mobile revolution a huge thing in women's lives.

Mobile phones can be used as important tools for women’s safety and empowerment, making the mobile revolution a huge thing in women’s lives.

In a world where ‘equality’ is a part of the daily vocabulary, 80% of Indian men use mobile phones whereas only 43% of women have a similar access states the LIRNEasia report 2018. Additionally, the Thomson Reuters Foundation survey highlights that India stands third in the world when it comes to gender discrimination.

The reason for this is largely the lack of awareness. Bridging this gender gap in mobile ownership will help in digital literacy in both urban and rural India.

The digital revolution is touching every facet of our daily lives. Women, from urban to rural areas are benefitting from it. Since women are considered as secondary gender and not an equal one, the discrimination still lies. The fruits of technology can empower and make women more independent.

A small text conversation between mom and daughter explains a lot about the anxiety that the parents go through regarding the safety of their daughters. With so many incidents of molestation, rape, abduction and various crimes happening against women, safety and precautions have become a major concern for patents.

Twenty years ago, there was no way that the news of having reached safely could be conveyed in minutes to the anxious loved ones. But now, with the telecommunication revolution at your fingertips, you can send the news of your well being in seconds.

With a cell phone in their purse, women are connected with the whole wide world today.

Today’s women are not bound to the four walls of the home. Even if a lady is not working, she has a number of reasons to venture out in this big bad world full of perverts and exploiters. In past years, we have seen many cases of drivers of private cab service providers taking advantage of solo traveling women. While traveling in private cabs, the mobile phone is one tool which women can use to provide details of driver and vehicle to their family. If anything goes wrong, the culprit can be tracked down and punished according to law. A picture of the driver with name and details messaged to family and friends can dissuade any man from committing a crime against her foreseeing the consequences.

In one such recent example, a man from Kolkata was arrested and booked for harassing two young women traveling on a bus. The girl recorded his act of lewd gestures and posted her ordeal on Facebook. Soon the video went viral and the Kolkata police identified and arrested from Shyampukur area and took action against him under relevant sections of law. Such timely action can further help in tracking down the culprits and create an awareness amongst women to protect their dignity and teach a lesson if someone causes harm to it.

A small device having links to all the emergency contacts, medical information, banking details, email etc is like a savior to womenkind in this multitasking life. A phone can not only be used to save herself against sexual predators, but also in medical emergencies. In case of accidents or health-related emergency, no one can take advantage of the situation if the phone is linked with relevant apps and numbers.

Testing out some apps

For the safety of women, the government and various service providers have launched apps. However, the usage of these apps is to be as popular as yet. Lack of information is one of the main reasons that such apps are less downloaded as compared to fashion apps or shopping apps.

Recently, the Internet Democracy Project, a not-for-profit research and advocacy organization that focuses on issues such as freedom of speech and surveillance, conducted a series of workshops and trials on a bunch of ‘women’s safety apps’.

The following apps were included in the study:

The results of the workshop conducted to test the utility of these apps were bleak. Most of the time the connectivity issue would hamper the whole purpose of such an app. Also, one factor that prominently emerged was that downloading such apps was not the solution as it didn’t empower women to protect themselves on their own, but just connected them to their chosen emergency or protective contacts. This is in another sense making women dependent for their safety.

The need for emergency safety services

After the horrific nirbhaya rape case, the need for an emergency help and protection has been raised.

An overall assessment again proves that women safety cannot be guaranteed by one click of a button. For this, we need to empower women with knowledge, liberty and creating safe surroundings. Proper conveyance, traffics, public places and utilities should be created for women. Respecting women should be inculcated in our culture, not just in words but in action too. Educating women about how they can use technology for their upliftment and financial independence is more crucial.

More than just safety apps, we need the kind of apps which will help women to enrich themselves with vocational occupation and confidence in taking their own financial decisions. This will, in turn, give a woman a strong opinionated voice, which she can raise whenever any harm is done to her dignity and can fight for it on her own. Downloading an app can help the marketing strategist, but not the real cause. The designers of apps should take all the factors of women empowerment to make such apps relevant, useful and result oriented. 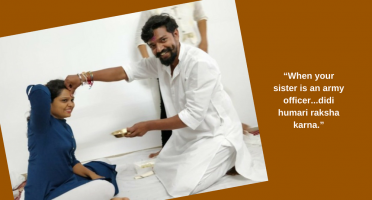