VR Lalithambika Has One Ambitious Project: Sending An Indian To Space!

VR Lalithambika will be leading India's First Human Space Flight project - here is something all women can celebrate about.

VR Lalithambika will be leading India’s First Human Space Flight project – here is something all women can celebrate about.

PM Narendra Modi recently announced the launch of India’s first manned space mission in his I-Day speech, and VR Lalithambika is the one who will be heading India’s First Human Space Flight project. If it is successful, then India will be the fourth country in the world to send humans to space.

Here is a look at the life of the lady who is going to be behind one of ISRO’s very ambitious missions.

In 1988 Lalithambika started her career at the Vikram Sarabhai Space Center, Kerala. She has a Master’s Degree in control Engineering and has been with ISRO for 30 years now.  She is an integral team member at ISRO and heads the rocket designing team. She is a specialist in Advanced launcher technologies and by 2022 she has been tasked with sending an Indian to space.

She is all set to work towards making the Gaganyaan mission a reality. Previously she has been a part of more than 100 satellite missions to space. Apart from all her achievements, she is considered a very calm and soft-spoken person. Her TEDx talk at the St.Joseph’s College Of Engineering And Technology, Pali in March 2018 was an example of the same.

Her talk was titled ‘The Saga Of Space Exploration’ where she shared some vital information about a new chapter that they are opening up in space exploration with their research and discoveries. Citing a quote by Arthus C Clarke, she urged the listeners to always put in more efforts to go beyond the possible to achieve the impossible.

Her detailed explanations about the Voyager Mission or the two body problem in space was good enough to give us an insight about the deeper understanding she has in her area of expertise. With such a strong leader, we can be be optimistic about India having its first man or woman in space by 2022.

VR Lalithambika is a lady of substance and has proved that no matter what your age is, there should be no barriers stopping you from proving yourself.

Powerful leaders like her will hopefully inspire more young women to choose a career in space technology. True women empowerment this is! 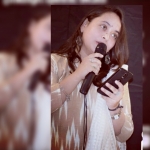 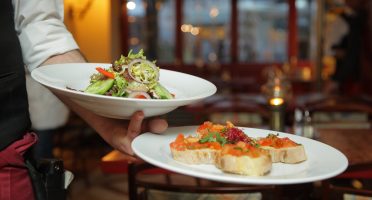