Hope In A Tube – Whose Lipstick Is It Anyway?

Is the lipstick as simple as it appears – as a cosmetic to beautify us? Or is there more to it than meets the eye?

I never wore lipstick till I was 21. After marriage at 21, my husband and his mother both insisted that I begin to apply lipstick. I suspect that, not very satisfied with my plain looks, they wanted to prettify me, never mind that their initial choice of a daughter-in-law was based on my academic qualifications and my family background.

My mother-in-law did not wear lipstick and took open pot shots at my mother for wearing lipstick at her age – 45 to be precise. But the mother-in-law carefully reddened her lips with betel juice from paan before presenting herself in front of guests! I laughed silently – laughing aloud was a strict no-no – at the way she had circumvented the unwritten code of “age” and yet got her way! My daughter wears every hue of lipstick ranging from the blood reds and romantic pinks to crazy shades of blue, purpose, green, even black.

This offers a wee glimpse into the journey of the lipstick across three generations of urban Indian women.

At 70+, I consider the lipstick a part of my identity, never mind if I can hear my young colleagues sniggering behind my back. I believe that age has nothing to do with a ‘feel good’ mood. In the years between, I learnt how lipstick is not just a cosmetic for women to look beautiful but is also an identity card that is part of reasserting oneself as a woman who has learnt not to produce the victim card every other second to prove that she is one.

The lipstick raises questions beyond making women look beautiful, pretty, sexy, even dangerous. The sex worker wears lipstick not because she likes to but because her profession demands her to. The same applies to women in professions like modelling, films, airlines, public relations and so on. The secretary feels that lipstick adds to her ‘smartness’ and confidence, and she needs both to remain seated on that chair she took great pains to acquire.

The lipstick can also narrate intriguing stories about loss of faith and betrayal in man-woman relationships. Many stories we have read or films we have watched have dramatic scenes of a wife looking shocked when she sees a lipstick stain on her husband’s shirt, or, accuses her husband of an adulterous relationship. The lipstick says it all.

Conventionally, the colours women used to paint their lips suggested their social status such as bright red suggested seduction, light pink implied self-determination, purple was an extreme fashion statement and so on. But with modernisation, these clichéd ideas got outdated.

Another noticeable feature relates to the gay identity which is sometimes “stamped” with bright red lipstick in movies, serials and so on. But do all gay men wear lipstick? This ‘generalisation’ is something they would hate to be tagged with.

Then there is the question of another marginalized community. This relates to why Hijras begging at traffic signals wear bright make-up and red lipstick. You find them all preened and dressed up proudly as they come knocking on your car window, proudly made up. Why? Probably for two reasons – one, they wish to draw attention to themselves and two, they feel it is their right to look beautiful and they assert this through their way of dress and make-up. That small boy in Zoya Akhtar’s Sheila Ki Jawani, a segment from the film Bombay Talkies, borrows his mother’s lipstick and other make-up paraphernalia because he hates football which his father wants him to play but wants to dance like Katrina did in the number Sheila Ki Jawani. 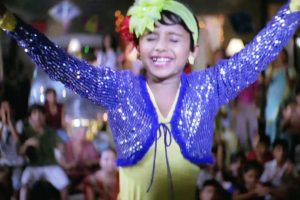 Perhaps the most poignant reference in the struggle to assert a gendered self comes in Charlotte Delbo’s Convoy to Auschwitz: Women of the French Resistance, (trans. Carol Cosman, 1997) when French women chemists concocted “cheek and lip rouge, as well as powder” for Christmas celebrations among those who had managed to stay alive. {See footnote}

The lipstick can also speak the language of anger, rebellion, etc when the situation so demands. In Satyajit Ray’s Mahanagar(1963) that marks a turning point in the depiction of middle class housewives stepping out to join the workforce, Arati, the protagonist, is one such woman. Arati befriends Edith Simmons, who teaches her to use lipstick and gifts her with a fresh one. This gift and it use invests Arati with a confidence she cannot share with her family. Edith, an Anglo-Indian, is culturally attuned to use it openly. By implication, Arati’s family would not approve of the daughter-in-law wearing lipstick. So, Arati uses the lipstick secretly. 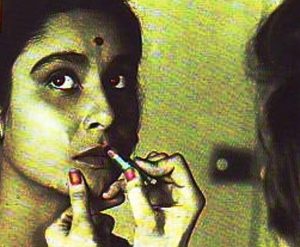 Her husband discovers it in her purse by accident, while taking out some money and makes a sarcastic comment. Arati responds differently. With one small twist of her wrist, she throws the lipstick out of the window. It is her way of expressing anger and rebellion. Why does Arati throw away the lipstick instead of putting it back in her purse? Taking the time setting (1960s Kolkata), she succumbs to emotional pressure. This is a logical delineation of the limits of women’s liberation in Calcutta within the time-setting of the film. But it also signifies her choice – if she chose to use the lipstick, she can also choose to throw it away. 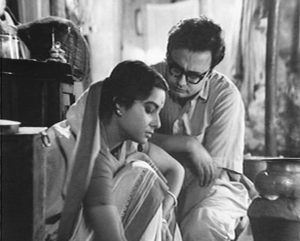 Within the office space and the ambience of work outside, the lipstick amplifies rather than disguises Arati’s changing role within the cinematic and narrative spaces of the film. It accentuates not only her attractiveness as a woman but vests her with a sense of pride and fulfilment that shows in her changing body language, smile and the reflection in the office mirror.

The lipstick in the film carries symbolic value for the sweet bonding between two women distanced by race, culture, language, dress, yet bound to each other by that lowest common denominator called friendship. The lipstick signifies Arati’s metamorphosis from a timid, diffident, tradition-bound, Bengali housewife to a smart, confident, working woman of Calcutta.

The lipstick is not just a cosmetic used to massage the woman’s ego. It is an aggressive statement, a mark of identity, a weapon of defence and a beauty accessory. It establishes the identity of the woman in public space. The lipstick in Mahanagar functions as a strong signifier of the changing face of femininity among the Bengali middle-class in Calcutta within the time, place and social structure Arati belongs to. Ray’s visual conception is so economical that a stick of lipstick becomes an object that acquires emotional, cultural and political resonance.

Lipstick – hope in a tube

The much discussed and debated Lipstick Under My Burkha directed by Alankrita Srivastava is about how, even in a small-time city like Bhopal, with a mixed population of Hindus and Muslims living in harmony, four women are forced to lead double lives filled with a string of lies because of the socially conditioned patriarchal pressures they are oppressed by. These zero in mainly on their sexual fantasies and personal choices – in forms of dress, in choosing a profession she likes, in wanting to build a career and in using the lipstick, under or outside the burkha. The lipstick and the burkhaare used as multi-layered metaphors in the film. 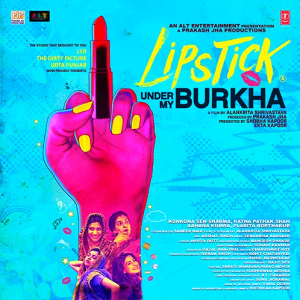 Lipstick has become one of the most widely used cosmetics since Cleopatra first stained her lips with carmine in 69 B.C. “Even women who don’t wear makeup wear lipstick,” write Meg Cohen Ragas and Karen Kozlowski in Read My Lips: A Cultural History of Lipstick. Often referred to as hope in a tube, lipstick has captivated women (and men) since the earliest rosy stains forever linked lipstick and women’s lips with femininity and sexuality. The poster of Lipstick Under My Burkhais imaginatively and boldly anchored on a female hand with the fingers outstretched, the middle finger replaced with an open lipstick.

Footnote: On January 24, 1943, 230 women political prisoners, most of whom had worked for the French Resistance, were deported to Auschwitz. Author Charlotte Delbo was one of the 49 who survived. Now available in English for the first time, this haunting volume is Delbo’s testament to those who formed the convoy to the hell that was Auschwitz. The prisoners came from all regions of France and represented a wide range of social backgrounds and political views. Dellbo recounts the unique life history of each woman, from her childhood to her involvement in the Resistance, from her arrest to her horrifying experience in the concentration camp. Collectively, these stories are a powerful and stirring reminder of the atrocities perpetrated by the Nazis.

I am a freelance journalist, film scholar and author based in Kolkata. I contribute regularly

5 Must Have Accessories for Working Mothers