Women in India have been facing street harassment for ages, but contrary to popular opinion, it’s not just ‘some vile men’ but even the so-called protectors who can turn nasty.

Women in India have been facing street harassment for ages, but contrary to popular opinion, it’s  not just ‘some vile men’ but even the so-called protectors who can turn nasty.

Recently, a video went viral on social media, which shows a policemen molesting a woman at a railway station. The cop pretends to unknowingly touch the back of the women and harass her; an onlooker was looking at this behaviour and when it became intolerable to watch, he made a video of it. He then went to the man and took him to task for his pathetic behaviour. He also encouraged the lady to speak up against it, while people at the station too started shouting and came to beat the crap out of him.

The video clearly shows that the molestation was intentional. He intentionally touched the lady’s back and harassed her. Even after this shameful incident, when people started berating him for such unethical behaviour, the cop wasn’t ashamed but went on to threaten people, and left the place with pride, apparently denying all accusations.

After the video went viral, it garnered the rage of people everywhere and the cop was identified.

The video was shot at Kalyan Railway Station.

Since then, the Railway Protection Force (RPF) constable has admitted his crime, and has been suspended for this act. Where will we go, when we need protection from our protectors?

Most women are losing faith in a better future due to these stories, and are familiarising themselves with this stupidity that can emerge from any place; When what we deserve is care and respect, we are getting none of it and left to our fates.

Molestation is the least discussed dark story of Indian society; women in India don’t bother to speak against it because they have become so accustomed to this now. Whether it be workplace, the street or railway stations, many women have accepted this as a part of their daily routine.

Women have always been expected to sacrifice, but sacrifice respect? How can we make our girls so weak and fragile that they are forced to sacrifice their respect?

Young girls are told by their mothers to grow up and not complain about the uncle who keeps his hand on their thighs lewdly. Grow up? Really? Does growing up means giving up? Giving up on your respect? Giving up on your peace? To accept unwanted touches?

We need to realise that it’s a sensitive issue and voices need to be heard against this. People will only hear when you speak; molestation is a crime, no person is entitled to touch any woman without their consent. A touch she doesn’t want, one that ruins her peace.

Even in this threatful environment, where some protectors too can be beasts in disguise, we need to speak up, and speak against it. We need to put our faith in the judiciary and ask for justice. Our voices will be heard only when we speak out

Header image is a still  from the movie Ek Hazarachi Note 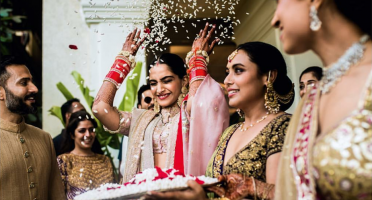 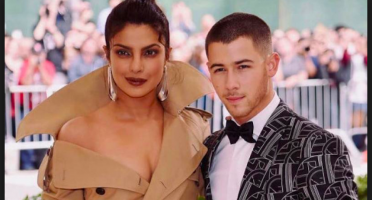