The author gives an honest personal account of being sexually abused in an unequal situation – something that happens more often than is reported.

The first time I came to know about sex was when I read the novel by Jackie Collins – Chances. I was fourteen and was gradually blooming into a woman. I had my periods when I was twelve, and since then I had been experiencing queer feelings during my pre menstrual phase, and I could not understand myself. I felt attracted towards the opposite gender. In my mind I had etched a dream man: a special one for me.

It was just a part of my childhood fantasy that I actually wanted the dream man to marry me. I never had this idea that I would face tremendous mental trauma in the name of sex and love, which will haunt me forever.

My college was highly misogynistic, and sadly nothing has changed even today. I was the only girl in a class of sixty boys in Mechanical Engineering in a reputed college. However, in spite of securing first class and the first place in each semester, I was denied vocational training by my own professor, as I had rebuffed his sexual advances. He threw away my application, but it was picked up by my department HOD, and I was allocated a seat at a reputed Government steel mill. I was elated that finally I had a seat for my training; little did I know that I would be abused sexually, which torments me even today.

I arrived there accompanied by my parents. My father always taught me to be independent and walk alone wherever I go, so the next day I reached the steel plant all by myself. Being a government organization there were several check points, and I had to clear them as if I was a spy entering forbidden territory.

My first encounter was with the Deputy General Manager (HRD). He took me to the Senior Manager (training and placement); and told me that he was my trainer there. This person was a huge, tanned, pot-bellied man, wore rimmed glasses and had eczema on his wrist which he always scratched. He had a Vespa scooter and ferried me from the gate to the Hot Strip Mill for the first two days. Being a vast place with each mill kilometres away from the other, I would prefer his scooter to walking between them. This was a decision I have regretted for my lifetime.

On the third day of my training he took me to the rolling mill with furnaces blazing at temperature of 3200 Celsius. There he smiled and said, “Your beautiful face will get disfigured, come let’s go to club house and fix us a drink”. Like a thoughtless idiot, I agreed to his demands.

We went there on his scooter, which made a screeching sound and halted several times enroute. Finally we reached the clubhouse where he ordered a beer for himself, and a glass of water for me. The bartender brought his drink and gave me queer looks as if I was an alien from the nonexistent planet Pluto which has now disappeared from geography books.

All the while he drank, he told me all about his family. “You see I have a son, so when my wife and son go to our native village, this bar becomes my home. I come and enjoy myself at the bar. And my wife; she is such a bore. Last time we had sex was a year back when she got pregnant and gave birth to a still born daughter. When I was just married, we had a fantastic sex life, but now she just pushes me away. What do I do? I always wanted to marry a voluptuous girl and my wife turned out otherwise. I cannot just have mundane sex with such a dull wife. I need someone like you as a partner and have an active sex life.”

While I knew a little bit about sex as I have read Collin’s novels, I wanted that to happen only with my dream man, and now this fool was telling me his stupid stories. Call it my naïveté, but I kept on listening to that asshole talking shit. He finished his drink, gorged on some chicken, and I finished my glass of water. Then we went back to the plant.

It was three in the afternoon and the glaring heat was gradually taking a toll on me. I had already had my dose of inane talk with this guy, who now asked me to sit in his air conditioned cabin and said that he would return shortly. He had a mirror in there, where I was checking the kohl in my eyes when he returned, looked at me and made some lousy comments on my physique.

Before I could realize what was happening he quickly closed the door, locked it from inside and clarified, “We need to close the door. You see there are lots of people here, and all they look for is casual sex, so I need to be careful”. He sat next to me and said “You are eighteen and I am forty, if I would have been twenty and proposed to you, would you have married me?”

And then he was suddenly on me. I choked and tried to free myself from his clutches, but by then he had overpowered me. I cried, asking him to stop, scratched his face with my nails, and bit him hard on his hand. He howled in pain and released me. I managed to cover myself, kicked that beast with all my force straight on his face, unlocked the door and ran.

I remember I didn’t stop running till I reached the security gate. I was in a state of shock, but somehow managed to reach my hotel. I knew my father would expose that man and it could be fatal to my training, so I kept quiet. But I was wrong. I should have shared it with my parents. I cried in my hotel room when my parents went out for some shopping. There was a call from my abuser at the hotel in which he said in an unapologetic way, “I would have married you today, just that I have my wife and son and you cannot be a second mother to my son so I need to stick to my wife. But you know something? Any man would love to bed you my tigress, a piece of erotica, why did you run away? You could have enjoyed it……” I didn’t wait for him to finish. I hung up and ran upstairs to my room.

I was very young and this incident gave me a feeling that I am a woman whose body sends a signal to a man that I was easy and he could bed me, … something that made a deep scar on my mind.

I discontinued my training at the hot strip mill, but for the next two months I visited several other mills at the plant. Sometimes I did see him talking to some woman whom he always called his best friend. I always managed to hide myself from his eyes, but as I said I made the mistake of never narrating this ordeal to my parents. The nightmares of him and his dirty talk haunts me even today, though I have gone through a marriage and a divorce. I don’t know where he is now, I don’t know if he is dead or alive, but what I know are those nightmares. Sometimes I wake up in the middle of the night breaking in a cold sweat, but when I see my daughter sleeping peacefully by my side I regain my senses.

Reports JAMA Network: “It is very common for teens to be sexually abused, and most will not tell anyone about the abuse. The biggest reason is fear. Abusers convince teens that no one will believe their story. Teens often feel responsible for the abuse because the abuser tells them it was their fault. Abusers may use threats to scare teens into not telling anyone about the abuse. If the abuser is a family member, the teen may be scared of getting the family member in trouble”.

On what sexually abused teens should know, further cites JAMA Network: “if you are a teen who has been sexually abused, remember that it is not your fault. Tell your parents what happened. If this is not a safe option, talk to a friend or a trusted adult such as a teacher, coach, doctor, or another family member. Your safety is important, and adults can take action to protect you by calling the police or child protective services. Seek medical attention. Ask for support to help you heal from the abuse”.

Coming to the last segment on how parents can help their teen after sexual abuse, JAMA Network says, “As a parent, the best thing you can do is believe your son or daughter. Teens will pay attention to your reaction to their story. Remain calm and avoid placing blame on the teen. You will need to provide love, stability, and support during this period. Protect your teenager. Contact the police and get medical attention. Let your teen know that you will listen if he or she wants to talk. Seek counseling to help him or her heal from the sexual abuse”.

To all irrespective of gender I have shared my own story. So if you get sexually abused please open up to your parents or your confidantes. Do not be a victim but stand as a victor with head held high. Also fight that abuse the same way I fought it out, and also never compromise on your values which have been incorporated in you since your childhood. 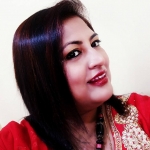 A Letter To My Son: I Was Sexually Abused When I Was 5 Years Old

As A Victim Of Abuse, I Could Relate To The Characters In These 3 Feminist Movies