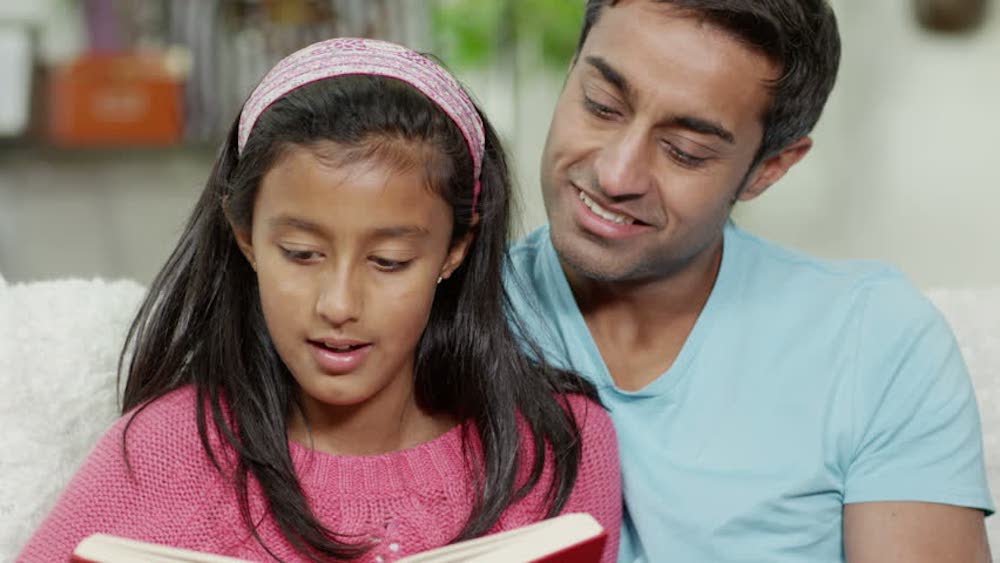 It is a truth universally acknowledged, that all parents find it difficult to get across to their kids at some stage of their life. The key lies in knowing what they read.

Once upon a time, there was a father of a teenager daughter. He missed the times when his daughter was little and would playfully perch on the couch behind him and hang her legs around him.

Every topic he broached- may it be her uptight teachers, her weird friends, Taylor Swift’s makeover- it all seemed to evoke nothing but irritation in her. Such were her reactions that he began to think twice before speaking. So one day after lights had been switched off and the house had become quiet, he sat thinking what to do. How could he break open the walls she had put up, hiding her soft self behind them?

Boom! A bulb lighted in his brain.

He set aside his ‘7 Habits of Effective People’ and tiptoed to his daughter’s library shelf. He ran his finger over the long row of books and picked up ‘Harry Potter and The Philosopher’s Stone’. Every night he spent few minutes reading it and returned it to the bookshelf. (Parents of children yet to turn teenagers should know that there is an unsaid ground rule- a parent can’t touch books or for that matter any belongings of a teenager without permission!)

“Why were the Dursleys so cruel to Harry, I just can’t understand!”

The comment had the desired impact. The spoon full of rajma chawal in the daughter’s hand paused mid-air.

“So how did Harry Potter get that mark on his forehead, Anika?”

“You have to read the series, Dad!”

Now, ‘invitations’ from the daughter to sit with her came pouring whenever a Harry Potter movie was on. The father fought with his sleep and dislike for fantasy to move to the next book in the series. (Till he himself was converted into a Potterhead!)  But it was worth getting his daughter back.

One day while watching the prom night in one of the Harry Potter movies, the daughter remarked how like Hermione, (a key character in Harry Potter) she was always cornered for being ‘nerdy’ and ‘uncool’. The father gently put his arm around her and waited. Soon the daughter leaned over his shoulder and shed her tears.

The father sat for a long time listening to her story. He was not sure if he really had solutions to offer, but solutions were not what the daughter needed. She had wanted (without her knowing) someone trustworthy who would listen, and arms that would hold her whenever she felt shaky. With time, father-daughter could work out some practical ‘changes’ in her looks. He was wary  about giving ‘a lecture’, but a compliment here and there (a genuine one) and stories about his own body image during adolescence were gradually injecting self-esteem into the teenager’s blood.

The book had given them an opening to share each other’s world!

They say kids don’t come with a manual, but the closest you can get to understand them is through their books. This is across all ages. (though in teenage it no longer remains optional!)

There is a world inside our head. No one can see that. It is our hideout. We store our treasure of thoughts and feelings there. We safeguard them. It is easier to allow characters of the books to visit it. You see, they don’t talk back or spread a word about your secrets. We like to feed and entertain that inner world with stories, for they don’t bring morals and judgments like the outside world.

This could be the head of an adult or an adolescent. With adults, if you are fortunate, the trust in family and friends is stronger. Thanks to the fully developed pre-frontal cortex (the logical brain), the ability to think is better. But adolescents are going through a time of haze, both in terms of self and logic. This is the time they choose to shut off from parents and the outside world. That is the reason why having books as companions is not just important, but a need of sorts for growing kids.

So whenever you begin to feel disconnected with your child, don’t rake your brains ‘googling’ answers or visiting psychologists. Simply read your child’s favourite book and meet them over the bridge!

And The Bubble Burst [Story]