Juhi Sharma of Light Up, Emotions Matter Foundation, along with her young volunteers, addresses the feelings of Delhi street kids, to nip bullying and other negative behaviour in the bud.

Juhi Sharma of Light Up, Emotions Matter Foundation, along with her young volunteers, addresses the feelings of Delhi street kids, to nip bullying and other negative behaviour in the bud.

“Close your eyes. Let your thoughts come. Bring them to your feet, then legs, thighs, belly, hands and then fingers. Release them.”

After a round of mindfulness, the fifth graders of the Teach for India class look at the young facilitator with eagerness. On a Saturday morning when Delhi is beginning to feel a little chill in the air, when most of the people prefer to be in bed, four young girls along with a Teach for India fellow are sitting in a room full of ten-year-old children in Mehrauli. Their mission-promoting social-emotional learning (SEL) amongst students. 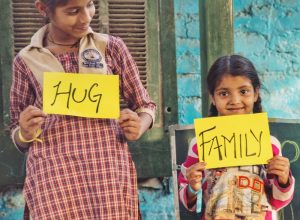 because hugs can be got in the family

Today they are gearing up for a workshop on bullying. Each one has taken on a group of four-five children. One of the children in each group reads out the story of Raman loudly.

“Sam pushes Raman. Srinivas and Abul watch the scene. Raman thinks none of them like him…”

Wherever the students can’t understand some word, the young facilitator gives them a hint. At the end of the story, they reflect together, if they have been a bully or been bullied or have been a bystander. 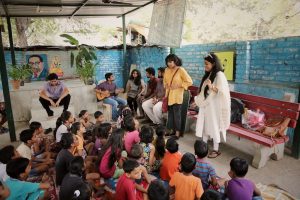 The children look at each other’s faces without responding. The silence is not because they don’t get it but because they see the truth. In spite of the distraction a restless child and the noise outside brings to the class, they can see themselves playing all the three roles at some point of their life. Reflections and sharing begin to pour. 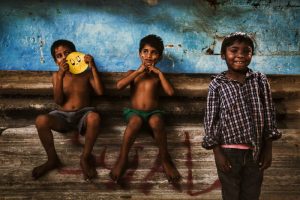 Some of Juhi’s kids

These children from low income community areas who experience aggression at home in the form of domestic violence of their mothers, who themselves become the target of the frustration of their parents and are beaten up, who witness violent acts on roads, – for them ‘bullying’ is the survival mechanism.

That’s why when the facilitator throws the question at the students ‘Is bullying right?’ one of them responds “Yes! It makes me feel taaktvar, powerful!” 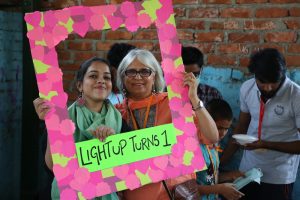 Juhi Sharma with Madhu Surya, who has been an educationist for 35 years

But Light Up, Emotions Matter Foundation, an NGO of young volunteers headed by Juhi Sharma, is here to change that perspective. Light Up is advocating the need to practice emotional intelligence amongst children from low-income communities by equipping them with social – emotional skills. Juhi believes lack of emotional well being is the root cause and hence strengthening it the only solution to the problem among children in vulnerable spaces. 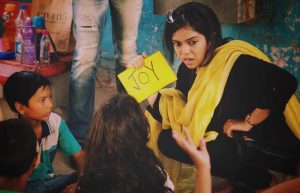 speaking of the emotions we feel

Because these children go through so much due to the financial crunch, absence of quality education, no support from parents, and exposure to dangerous elements of the community, the possibility of cracking up inside and developing mental illness is extremely high.

Since January 2017, when even the name Light Up was not coined, Juhi along with a team of volunteers has been creating breakthroughs in children and parents. 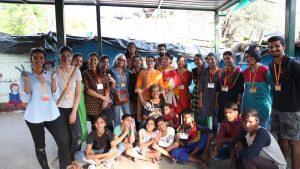 The journey of these volunteers

“My personal journey of learning and awakening began six years ago when I saw how contrasting were the worlds where I was doing my dissertation with Tarun Tahliani and Umeed Aman Ghar where I volunteered under the think tank Centre of Equity Studies run by Harsh Mander, I just couldn’t take it. The dots in my own life began to connect and the purpose began to reveal itself. The way I detested my learning during school days, felt unheard, (and) my own personal journey as a caregiver in the mental health space at home motivated me to understand emotional intelligence and bring awareness about it,” says Juhi.

The first project rolled at Sanjay Camps, Chanyakpuri. From a park, then an aangan and finally now in a Valmiki Mandir, the team spent the first three months winning (the) trust and confidence of the community before embarking on the eight-month intervention. 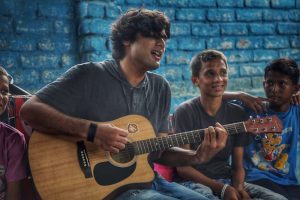 “We painted, played games, engaged in conversations and did (a) lot of nukkad nataks. The children began to take interest and (the) shift was visible. Then something happened. A child came to the class with a swollen face every day. We decided to meet the parents. There were a series of meetings to sensitise the mother who was a victim of abuse herself, and who ended up beating her own child. That’s when we realized our work has to extend to families as well and we created a parent sensitisation program. Madhu Surya, the educationalist on board who brings 35 years of experience from the education sector, has been the backbone of this program and a constant support during my journey,” Juhi elaborates.

Based on the model of Mayer Salovey, the curriculum of Emotional Intelligence by Light Up aims to create three things among children- 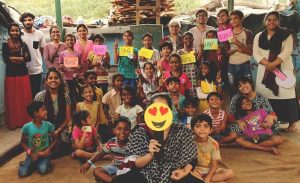 emotions matter, and naming them helps

The curriculum primarily focuses on five themes, namely body positivity, anger management, bullying, positive classroom environment, and exam stress. The work is essentially preventive in nature. Before the other elements start playing havoc with their malleable mind, Light Up believes these children should be made self aware and self dependent socially and emotionally.

Naturally the path has been tough. With doubt pouring from in all corners right from family to friends, and no resources coming in, Juhi has had her breakdowns. But instead of giving up the idea she only expanded it further. So far Light Up has managed to do 8 collaborations – with Teach For India, Swechha, NDMC – Summer Workshops, The Neemrana Music Foundation, United Religions Initiative, Philanthropy Paramjyoti Schools, and Sanjay Camp, Chanakyapuri.

“The way forward is that we want to raise funds so that we can provide EQ Kits to children that will consist of Light Up books, colour kits and basic stationery for children. We wish to introduce music, art and theatre as therapy. The books and other elements basic books to children. The books and other elements will be like tools that are a constant support to both children and teachers. We are blessed to have some thirty volunteers but we would want some fully committed people who need to come on board on a salary.” 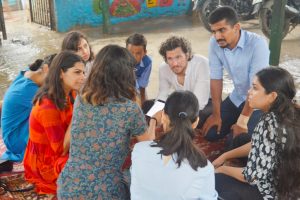 Discussing what is to be done

Akriti, who is a makeup artist and on weekends volunteers with Light Up says, “I love making people look beautiful from outside, but making them beautiful inside is something that drives me in life as I am a psychology graduate.”

Another volunteer Dipti who takes care of the Bows Up project (The Neemrana Music Foundation) of using music lessons and violin as therapy at Sanjay Camp, Chanyakpuri shares, “Juhi gave a presentation at Kamla Nehru College where I am a psychology student and that’s how I came to know about Light Up. I realized I want to apply all the theories I was memorizing, I asked myself what use is my learning if I can’t make a difference with it.” 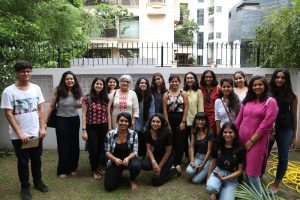 Many of the volunteers at Light Up are undertaking therapy themselves and it is their personal pain that motivates them to support these children. There is so much beauty, strength and probably healing in this shared pain. We hope together these volunteers and children can light up each other’s life.

Manmeet is a writer by passion and a facilitator by choice. She works primarily in the area of life skills, sexuality, and creative writing. She founded Sailing Leaf in January 2016. Today myriad of experiential read more... 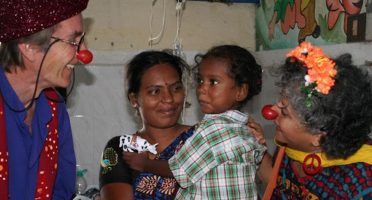 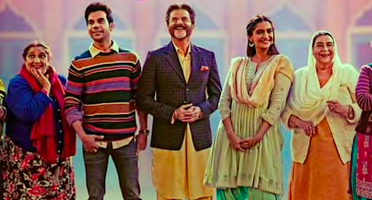 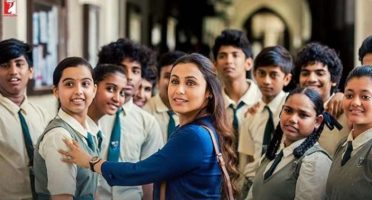 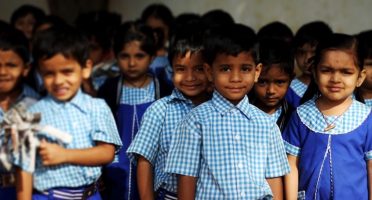 Dear Mrs Naidu: How Writing Letters To A Dead Person Can Make You Come Alive! 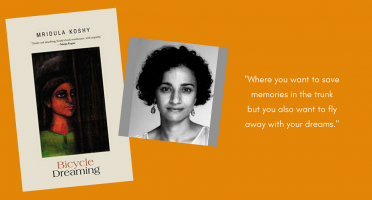 The Hangover Of The Lust Stories On Netflix: "We Like It, We Want It, And We Need It"