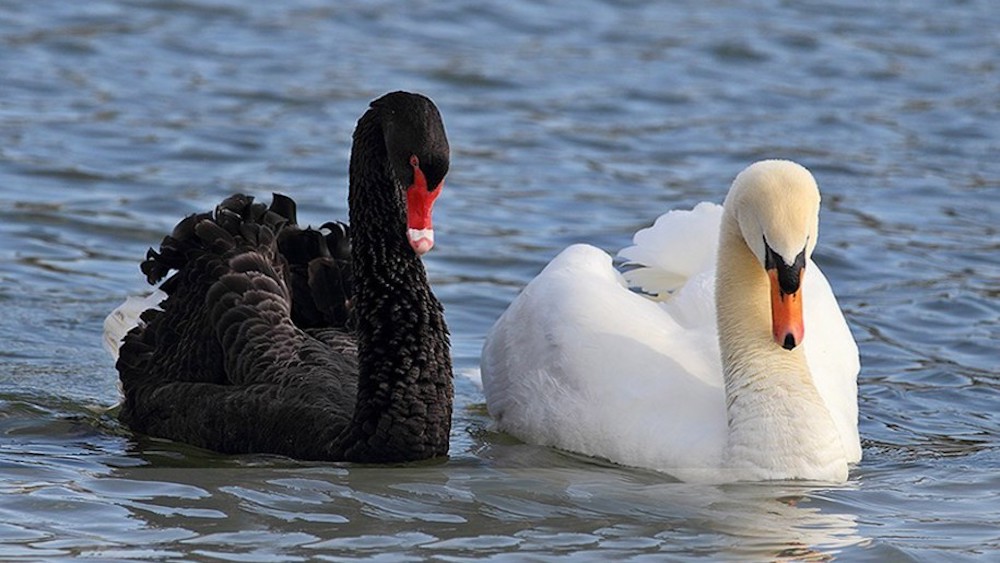 When Someone Asked Me Why Some ‘Ugly’ Girls Think They Are Truly Beautiful!

Long, long ago in the wilderness of the Tibetan mountains by the Manasarovar lake, lived a duck which was black in colour. Now, this duck was a lonely little bird; when she saw her reflection in the lake, not only did she see a bird with black, coarse feathers, but she also saw the swans.

The swans had the creamiest, whitest feathers any bird could dream of. And when they glided on water, the thrush on the nearest branch would stop singing and give the longest sigh ever. And when they spread their wings and sliced through the sky, the breeze felt a tad cooler. The swans were of course ignorant about the effect they had, busy as they were in catching fish and feeding/educating their children.

What made the duck sadder was that every time she would cross paths with one of the swans, they would simply un-see her. They would either flap their wings and fly into the sky or continue with their conversations.

Now, our little black duck could have initiated a conversation, but she was convinced that the swans hated her. So in a bid to make herself invisible and small, she would bring her wings  close to her body, bend her head and walk. She even stopped coming to the lake and would practice her swimming lessons at the hidden pond.

Then one night, something happened.

There was silence everywhere. Manasarovar lay swathed in moonlight. The swans with their necks tucked under their wings were deep in sleep. Every now and then, a tiny ripple would break on the surface of the lake. The hills slept, the thrush slept and the sky above reverberated with the gentle snores of the night.

Standing on the edge of the lake, our friend, the black duck wiped a tear from the corner of her eye. The lake, the mountain slopes, the sleeping birds, the moonlight and the trees looked so beautiful together as though connected to each other in music and in silence.

Lifting her neck and spreading her wings far and wide, our friend landed on the lake. The water felt cool and fragrant under her wings. Blackie began to swim faster and faster. She swam to the farthest end of the lake and back. In no time, she had navigated the entire length and breadth of the lake.

“What lies underneath?” wondered Blackie and holding her breath dived deep within. The vision that unfolded before her was bedazzling. Long, winding corridors filled with azure waters. And amidst them were fish of all sizes and shapes. Each fish looking joyful and meditative as it swam. Blue fish, crimson fish, red fish and moonlight speckled in between.

Blackie remained there for a long time. Then remembering that she had to fill her lungs with air again, she returned to the surface.

“You remained there for so long. I thought you were dead,”

Blackie looked up startled to find a curious pair of eyes staring back at her.

“Hi! I am Hansika,” said the young swan.

“Blackie!” replied our friend shaking water droplets from her wings.

“Blackie… what do you do?” asked Hansika shyly.

“I…I am an underwater diver and…and… ”

“You are a story teller?” asked Hansika, her eyes shining

“And I am the catcher of moonlight!”

“Oh! My God” exclaimed Hansika flapping her wings excitedly, “And what else are you?”

“You are?” Hansika looked at Blackie incredulously.

“Of course not!” laughed Blackie.

“I am a wordsmith and a poet and a catcher of dreams.”

“What do you with the dreams you catch?” asked Hansika.

“And they all belong to me!” finished Blackie with pride in her voice.

“And they all belong to you!” repeated Hansika swimming towards Blackie.

For a long time, the two friends remained in silence. The sky above began to turn crimson. The air filled with the whistles of the thrush and the swans began to stir in their sleep.

“Say Blackie…will you teach me to dive under water?” asked Hansika with hope in her voice.

“Yes,” nodded Blackie as she lifted her head and spread her wings far and wide.

Suddenly everything was beautiful. And magical. And so un-lonely.

Sridevi Datta is a freelance content writer and editor. She blogs at "The Write Journey"

Fairest Of Them All – Does It Matter How You Look?

And The Flamingo Took Flight [#ShortStory]