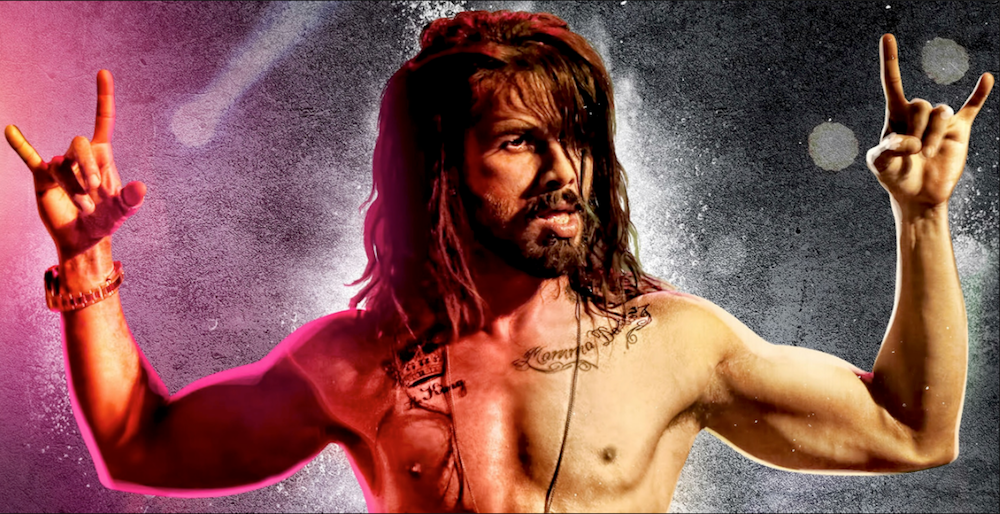 Why We Must Show Our Kids Udta Punjab And Tell Them It’s Not The Truth!

Udta Punjab got us all thinking (and talking) of drug addiction, but on one crucial bit, the movie falters: quitting drug addiction is not about will power!

I remember an interview in which the directors of the movie Udta Punjab confessed how they had to tone down the movie to make it digestible for the audience. They very openly shared that the reality is way harsher but it would have been tough to market such a dark movie.

But this is not a review of the movie. It is an attempt to fully understand the problem of drug addiction and its consequences. Only then as parents can we logically guide our kids from falling prey to this horrible disease. While it is important to watch the gory picture painted in Udta Punjab, it is imperative to know that the trap is way more dangerous in reality.

In Udta Punjab, during the scene where Shahid Kapoor is thrown into jail for the first time and comes face to face with his young fans singing ‘Gabaroo’, he experiences the first pangs of guilt that how his own ‘glamour’ as an addict has ruined the lives of many. From there he takes on the charge to ‘talk’ to his audience about giving up the poison. What an inspiring turnaround! You have goosebumps and you sit up in awe. Only a drug addict and his/her family would scoff at the drama. To say that guilt makes you give up on drugs is the most foolish message we can give to the youth! Of course, an addict experiences guilt. He/she experiences shame, regret, helplessness, self-loathing, all of it. But can all these feelings make you give up drugs? The answer is a big NO!

The director repeats the same mistake with Alia Bhatt. The day this petite girl decides she will no longer take the drug, she fools her captor and doesn’t take the injection. She stuffs her mouth with cloth and controls the craving for the drug. In a couple of days, her willpower triumphs and like a brave girl, she plans the escape. It would be the most misleading thing to conclude that an addict can give up on drugs with sheer willpower.

What is so wrong with showing that willpower can help you overcome addiction?

When you show that you get into the addiction for fun (or whatever reasons) but can leave when you have had enough, you are actually setting a case of choice. Children would view taking drugs as an ‘experiment’ and feel they can leave it after they are done. But the biting truth of addiction is there is no free will.

The American Society of Addiction Medicine declared addiction as a DISEASE. It is not a hobby you can give up, it is not a lifestyle change you can make. It is not a behavioural disorder you can rectify by positive engagement. It is a disease. Period.

Drugs produce a chemical called dopamine that makes you want the drug again and again. Studies have proved how drugs impact your frontal lobes in the brain that is responsible for rational thinking. It takes as long as three months after quitting drugs for the brain to resume its ‘normal’ functioning. Only after detoxification and remaining physically away from drugs, can one even begin to think straight. Thus an addict is powerless in front of the drug. Only after finishing the entire process of rehabilitation and medical intervention, an addict can have access to his/her willpower. That’s the time we can say that recovery is in the hands of the addict.

Addiction is an INCURABLE disease. You can control it but can’t cure it. Like diabetes. You can maintain it through medicines but can’t get rid of it all your life. It is important to educate children that if you are getting into drugs, you are signing up for a lifetime contract.

It is also a highly RELAPSABLE disease. Even after rehabilitation and medical help, even after months of leading a sober life, the addict is highly susceptible to go back to drugs. The sight or smell of anything can trigger in the brain the desire for a drug. Once the desire is triggered, the addict is unstoppable. So even when the addict himself is sick of addiction, he cannot leave it. He is a slave to the poison. What begins as a game of fun becomes a life sentence of pain.

It is the disease of not an individual but of the FAMILY. In order to support the addict and help him/her come out of the trap, the family may get neck deep in financial debt (the treatment can stretch over a span of 10-20 years depending from person to person). Besides, they themselves become emotionally sick dealing with the addict who becomes aggressive, obsessive and oblivious to those around him/her. The moment of stepping into drugs is exciting, but the journey from there is dark. So dark that you can neither see your family or yourself.

What the movie also fails to portray is how drugs and crime go hand in hand. An addict has a 24×7 job to arrange money for the drug, to escape the police (drugs being illegal), and to finally have it at a place where family/society can’t see. Gangsters/local gundas promise availability of drug, place and protection to an addict who in exchange is ready to do anything they want him/her to do. Theft, murder, prostitution, peddling; by then, the rational brain has no judgment of right and wrong. It only wants to survive and the only way it can survive is by having the drug.

I wonder if there is a precaution, if there a parenting mantra where you can restrain your kids from getting into drugs. The only conclusion I have drawn is that parents need to talk to kids and tell them all the facts of addiction. Share with them the ugly truth of addiction so that they shiver before touching the poison.

Do you know who the highest abusers of drugs are? Medical students and doctors themselves! Yes, you guessed the reason right. The higher the stress levels the higher the chance of falling prey to it. Being stressed no way justifies the usage of drugs. So tell your kids no matter what, drugs are not the solution.

Drug abuse has also been proved to have genetic links. Alcoholism or history of addiction in the family can pass on to kids. So what parenting experts keep ranting ‘be an example’ applies here as well.

One can’t blame parents when kids get into drugs but one can’t undermine the impact that home environment has on a child’s psyche. Take care of your child’s emotional needs, even more than the physical facilities for which you strive day and night. If you don’t give them time now they will extract time out of you later.

Note: If anyone is dealing with an addict, there is help available in the form of NA/AA meetings. Even if it may take long, there is a solution. Miracles do happen. But the sooner you begin the better.