Popular media's silence around Papon's molestation of an 11-year-old is shameful. We cannot defend child abusers under the pretext of their celebrityhood! 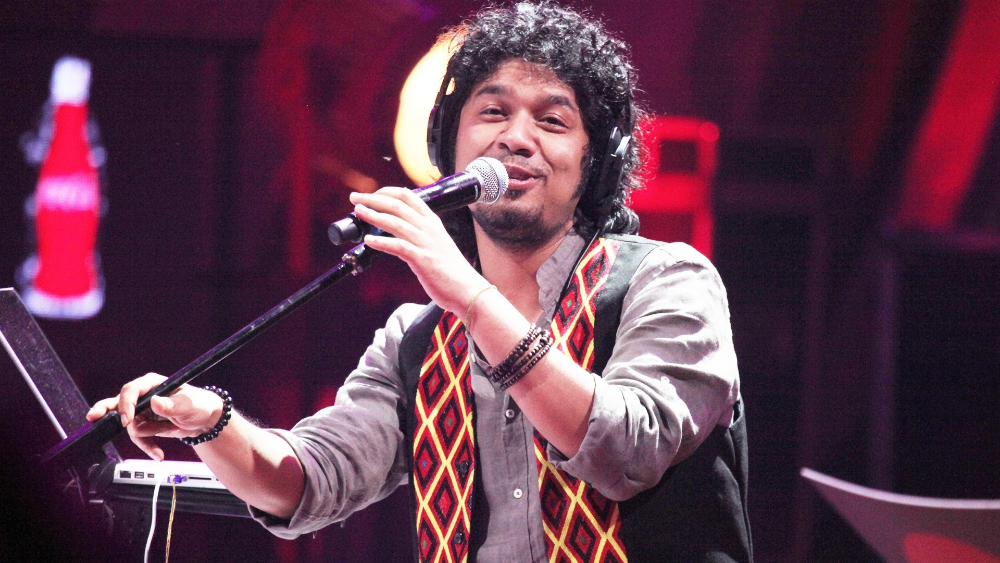 Popular media’s silence around Papon’s molestation of an 11-year-old is shameful. We cannot defend child abusers under the pretext of their celebrityhood!

A shocking video recently went viral where a 41 year old man was seen to be forcibly kissing an 11 year old on her lips. Shocking, right? That’s what we call child abuse. And anyone in their right mind, would call it so, and expect the pervert to be punished.

How about if I mention that the man is Papon, a well known singer from Bollywood and the young girl is a contestant on a reality show The Voice of India Kids? Papon happens to be a jury member of the show.

So is this how we respond to news when it’s someone famous?

Bollywood depicts its hypocrisy perfectly by staying away from this news and remaining silent. Celebrities that usually come out to speak on social evils and causes are now perhaps sleeping. I checked Instagram to see if there are posts about this incident, and there are ZERO posts on the same. Instead I noticed various celebrities who have posted their lovely pictures, post this news. Talk about being cold hearted/deluded.

One doesn’t need to be a survivor of child abuse to feel empathy as well as anger on the child’s behalf but, no! I don’t see any reactions on social media platforms.

Are people so blinded by celebrity craze?

I just noticed someone who put up a post defending Papon. What makes it worse – it’s a girl! A girl who is a fan of his music and has no issues defending him because apparently his music puts him in a God like position – one who can do no wrong.

Actors who are generally vocal in their protests around social issues on social media seem to have lost their voices in this case.

Also the kiss doesn’t come out of nowhere. The singer is seen holding the girl by the jaw, rubbing colour on her face, and then kissing her. The girl looks visibly shocked in the video as well as confused as to what just happened.

Thankfully, someone spoke out against Papon

However, it is one man who thankfully took to supporting the cause of child abuse and calling out the industry’s hypocrisy. Arnab Goswami speaks out about the incident and puts out the message #DontSparePapon.

He brings out extremely valid points during the debate –

He also refers to a statement that has been issued by the minor’s father who has requested that “the relationship between a guru and a shishya” should not be maligned.

Here’s his ‘explanation for his actions’ –

“I am very painfully conscious of the accusations that have been made against me in the last few days. Anyone who knows me would be aware that I am an extremely affectionate and expressive person. That is the way I have been brought up and that’s how I have always been with people close to me or people I care about. To show affection for an 11 year old child who I have been mentoring for a while now is not an alien concept for me. Please do remember that it a video on my own facebook live and stop for a moment and at least wonder why I would myself promote a video where I am ‘apparently’ doing all the unmentionable things that I am being accused of.

My humble request to everyone, when you do come across this matter is to just pause and think about how much harm this does to the people involved. I have a loving wife of over 14 years and two young children. There is a little girl involved, whose identity is not masked in any way. Both of our families are being destroyed forever, just by people jumping to conclusions.
However, this is not to say that I haven’t made a mistake. I might have done it spontaneously but in today’s environment, to touch a girl child, however innocent your thoughts are, is not advisable. I am sorry for that. Please do accuse me of being naïve and stupid even but please do not call me all those disgusting names.

Please note that the girl in question and her family have gone on record and stated that what is being depicted is not what actually transpired and it is in fact just a case of faulty camera angles and an accidental move and not a sexual assault as being reported. The said incident transpired in the presence of personnel from the reality show and there is nothing objectionable about it. I admit that I am an extremely affable person and am very convivial with my fan community but please bear in mind that I have been happily married for over 14 years with two children and I would do nothing to cause harm to them. I hold the girl in high regards not only as a lady but also as a contestant on the reality show I am part of. If I had anything to be culpable of, the said video would have been deleted from my social media. As an accountable civilian, the safety and respect of women are of grave importance to me and I would never commit an act that is inappropriate or discourteous in any form. Please know that my intentions with everything that I do in my life are always pure and honest and I would never commit an indecent act as it is being portrayed. I urge the members of the press and my fans to please consider both sides of the story before maligning my public repertoire and damaging the reputation of this girl. My family stands by me in this tough time where I feel I am victimized for no fault of mine.”

He mentioned cleverly that the parents of the girl have said there is no problem, aka, to leave him alone.

He goes on to use phrases like, ‘nothing objectionable about it’ and ‘no fault of mine’.

This seems more like a frivolous explanation of what he has done where he does not find anything wrong in his actions rather than an admittance or understanding of what he has actually done.

In my profession, I talk to children, teenagers and young adults who have experienced episodes like the one above and far worse.

Ask a child what it feels like before making assumptions of what is acceptable or not.

Stop child abuse. Stop protecting the perpetrators and stand with the victims for once. They are, after all, mere children!