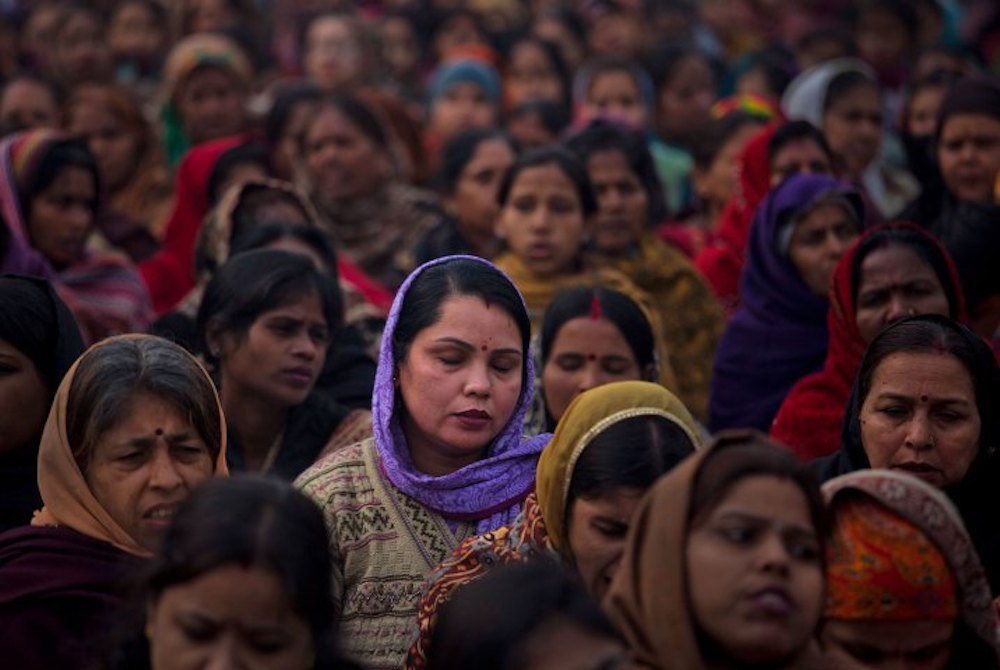 New Budget For 2018: What You Need To Know About Its Impact On Indian Women

The new budget for 2018 is prima facie a great one for Indian women, but there may be loopholes and pitfalls that will need to be worked on.

In the annual budget for 2018-19 today, the govt has announced a series of sops for women, especially the ‘working women’ (how I dislike the term because it insinuates that the stay-at-home women don’t do any worthwhile work). These are aimed at empowering women by improving their participation in the workforce which has dwindled to a measly 24% in 2015-16 from a much healthier 36% in 2005-06. The new proposals also seek to promote Ease of Living and instill a greater sense of gender equality in society.

The finance minister has announced that continuing from the 5 crore last year, 8 crore women will be benefited by free cooking gas connection under the Ujjwala Yojana this year.

Loans to self-help women groups are to be increased to as much as 37 per cent. This is likely to provide a much-needed impetus to the sector. Women self-help groups will also be encouraged to take up organic farming.

In an effort to encourage women entrepreneurs, under the Mudra Yojana, a total lending amount of Rs 3 lakh crore has been set aside for women to start new ventures. Under the Saubhagya Yojana, under-privileged women will also get four crore electricity connections under the allocations made by this budget.

Working towards the primary objectives of Swachh Bharat Abhiyan, i.e. to end open defecation, the FM has made provisions in this budget to construct an additional two crore toilets in India. This will help ensure safety and hygiene to more women.

It was also announced by the Finance Minister that women taking up a job for the first time in the formal sector will now have to contribute only 8% of their basic salary towards their provident fund while the employers will continue to contribute their share at 12%. This would mean an increase by 4% in women’s take home salary.

In his budget speech, the Finance Minister said, “To incentivize employment of more women in the formal sector and to enable higher take-home wages, I propose to make amendments in the Employees Provident Fund (EPF) and Miscellaneous Provisions Act, 1952, to reduce women employees’ contribution to 8% for the first three years of their employment against the existing rate of 12% or 10% with no change in employers’ contribution.” Many experts are also also lauding this move as a boost to women workforce since the increased take home salary would encourage more families to send the women to work.

But is this move really as attractive as it is being made out to? Is this even a valid reason for more women to be sent out to work? Would it really lead to creation of more jobs, that too for women?

A reduction in PF contribution may mean more money in hand at present but that also means lesser money in their provident fund which is their compulsory saving and also their retirement fund. 4% more salary at the beginning of their career may not even be a substantial amount to spend but it may make a significant addition to their savings for the future.

Though the govt, as already promised, will continue to contribute 12% of all new employees’ basic salary towards their provident fund for the next three years. In my humble opinion, this proposal which can be implemented only after bringing in an amendment in the Employees Provident Fund and Miscellaneous Provisions Act 1952 is more of a sham than any real benefit.

In another supposedly major relief and benefit to women, provision for maternity leave has been increased from 12 weeks to 26 weeks. Govt also proposes to set up creches in workplaces to facilitate women to participate in the workforce even after childbirth.

While this definitely is a much needed benefit for new mothers but if we consider it in depth, this move of increasing maternity leave may actually result in retrenchment for women working in the private sector as soon as they disclose their pregnancy. In fact, as is already much feared, hiring women will no longer be considered a good proposition as they will have to be given six months maternity leave and the employer will have to hire another person to undertake her work during that period adding more financial burden to the employer. To avoid this burden, the employers may dismiss the female employee from her job or not employ any woman in the first place. As things stand in the private sector, women are, very often, not given adequate maternity leave and other facilities, and even if they are allowed maternity leave it is without any salary. They are often forced to return to work earlier even if their health may not permit it.

If the govt is really keen on ensuring gender equality, it should have increased paternity leave which is non-existent in many organizations and a grossly insufficient one to two weeks in others. A longer paternity leave for the men would mean the women can regain their health faster and also return to work earlier. It would also give the father more time with the children and also help forge a much closer bond between them.

While the intentions of the govt behind these new budget proposals are quite noble and will hopefully achieve their objectives, yet in view of these not so unfounded fears, the govt must maintain stringent checks over the employers to ensure that the new rule is strictly adhered to and women are not disadvantaged further.

FM Nirmala Sitharaman Invokes ‘Naari & Narayani’, But Not Much In Budget 2019-20 For Women?

Budget 2021 Proves Women Are Still Considered Liabilities. Here’s Why We Say It