When women say #MeToo, it is personal, but it has also helped to build solidarity that is essential for any collective movement or change to happen. 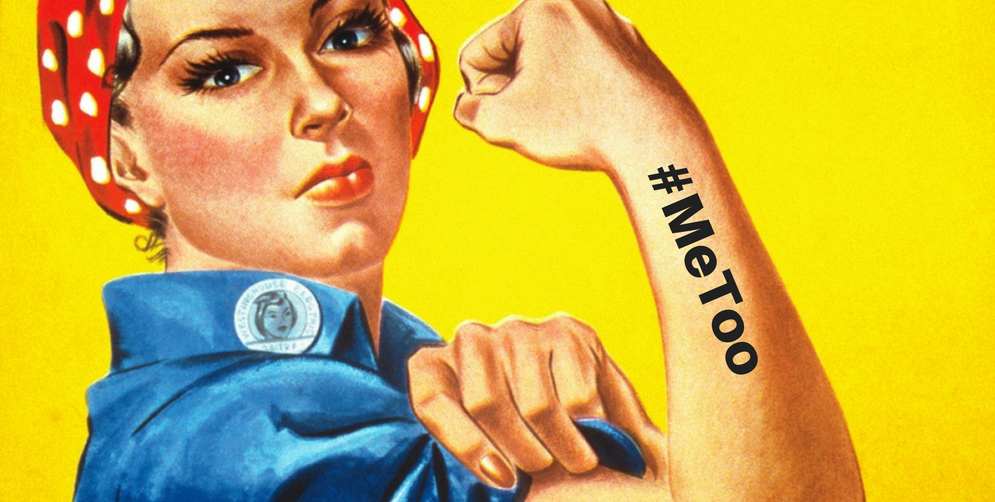 When women say #MeToo, it is personal, but it has also helped to build solidarity that is essential for any collective movement or change to happen.

As the year 2017 draws to a close, retrospection seems a necessity. Looking back on the events one witnessed during the past few months, one cannot ignore a significant movement, the #metoo campaign. Recognition for its popularity has led to Time Magazine featuring the prominent celebrity personalities who emerged as the faces for the campaign ‘The Silence Breakers’, on its cover as the person of the year 2017.

The campaign became a global one with women from around the world joining in by using the hashtag to speak up about sexual harassment. The phrase ‘metoo’ started off with activist Tarana Burke, before the age of social media and it was intended to bring together sexual assault survivors at the grassroots level and create a sense of solidarity in order to empower them. But it became a hashtag campaign in 2017 when actor Alyssa Milano wrote: “If all the women who have been sexually harassed or assaulted wrote ‘Me too’ as a status, we might give people a sense of the magnitude of the problem”. The participation of women worldwide in this initiative has been overwhelming, with women users of social media sharing it widely, leading to discussions and debates on various forums globally.

As #metoo shifts its identity from that of a hashtag to an outcry against sexual abuse against women, where women expose high profile celebrities for their sexual predatory behavior, it requires a closer understanding of this phenomenon. While online campaigns garner support from all corners of the world triggering several responses and reactions in India too, the question remains about the outcome of this massive campaign.

Will it be the first step towards institutionalized change in gender hierarchies? Can it trigger social and cultural changes that will initiate greater gender equality? Will it bring more equity in gender relations? While the movement gathered steam it also triggered multifarious responses, ranging from accusations about celebrating victimhood to highlighting the harassment faced by people of other gender identities.

This movement stands apart from other such social media campaigns, since it is not just a question of empathy: it involves an element of confession as well as a sense of solidarity that helps build a collective. But the demand for action, in order to sustain itself through the slow process of social change requires a stronger framework and a vision to be followed with an action plan, which can result in paradigm shifts in social behavior patterns and moral and legal validation through norms and laws.

The campaign remained active, hogging media attention but as in the case of other such campaigns, without the framework of an organized collective action group, the possibility of the campaign losing strength is the reality of postmodern hyperreal media-driven world. While news updates crowd the virtual communities and social media spaces, the amnesia of the readers who are constantly bombarded by these bytes and bits of information results in such campaigns failing to sustain popular support for a period long enough for interventions of a legal or social nature become a reality.

In the Indian context, #metoo campaign had several voices from across the society articulating their experiences of sexual harassment in various forms. Bollywood was not very vocal yet we had several celebrities joining hands on twitter and other social media platforms sharing their experiences with the hashtag. In an increasingly masculine and aggressive nationalistic environment, where the body has emerged as a significant political trope, such female assertions are viewed with suspicion. The culture of impunity and indifference to sexual harassment of various degrees along with a patriarchally conditioned social structure shaping the social and cultural environment creates innumerable hurdles in evolving a conducive atmosphere for the redressal of women’s grievances of this kind.

Though these hurdles seem inherent in a campaign of this character, it stands out strikingly as a movement that helps us to delineate feminist discourses possible in the present scenario. Feminism as it functioned as an academic practice, a theoretical position and an activist collective has a liminal role to play in the globalised network of postmodern societies. Identity politics as part of the postmodern sensibility has been ideal for the neoliberal capitalist discourses that worked around the concept of freedom, choice and individualism. Individual as an entity with the freedom to choose found a prominent space in the political, cultural and economic structures built around neoliberal practices. Identity politics helped in the postcolonial debates as well, where the distinct nature of experiences based on class, gender and other collectives had major roles to play. Yet in the context of neoliberalism, it becomes problematic.

Feminist theorists like Angela McRobbie have spoken about postfeminist stance that was reducing the feminist movement from a collective form of activism to that of a question of individual identity politics. While feminism addresses structural and symbolic violence committed against women and repeatedly exposes the misogyny ingrained in socio-political, economic and cultural discourses as well as demands institutional changes, digital feminism in the form of hashtag activism falls short of such constructive interventions. Yet it remains significant in multiple ways. Even when the hashtag goes out of fashion, the discussions and debates it triggered remains in the cultural narratives as voices of resistance. In the rhizomatic structure of gender relations, such movements in the digital space signify an evolution, a reshaping of feminist expressions against oppression and exploitation.

When neoliberalism reduces feminism to another commodity, sold as a fashionable product, activism of the #metoo kind accommodates itself into the social sphere, demanding a voice and a space for the other. The impact of such movements on the popular culture, on television, in cinema, though often at the superfluous levels, cannot be ignored either. With rising stakes against collective political action in the neoliberal world, micronarratives like #metoo remain expressions of dissent and resistance with the possibility of appealing to a transnational community.

Khomami, Nadia. #MeToo: How a Hashtag Became a Rallying Cry against Sexual Harassment”. The Guardian

Top image is of Rosie the Riveter, a cultural icon from the US in WW2 times.