I only knew her as my mum's distant cousin but when I heard her life story which was no less than a Bollywood movie, I was left in awe. 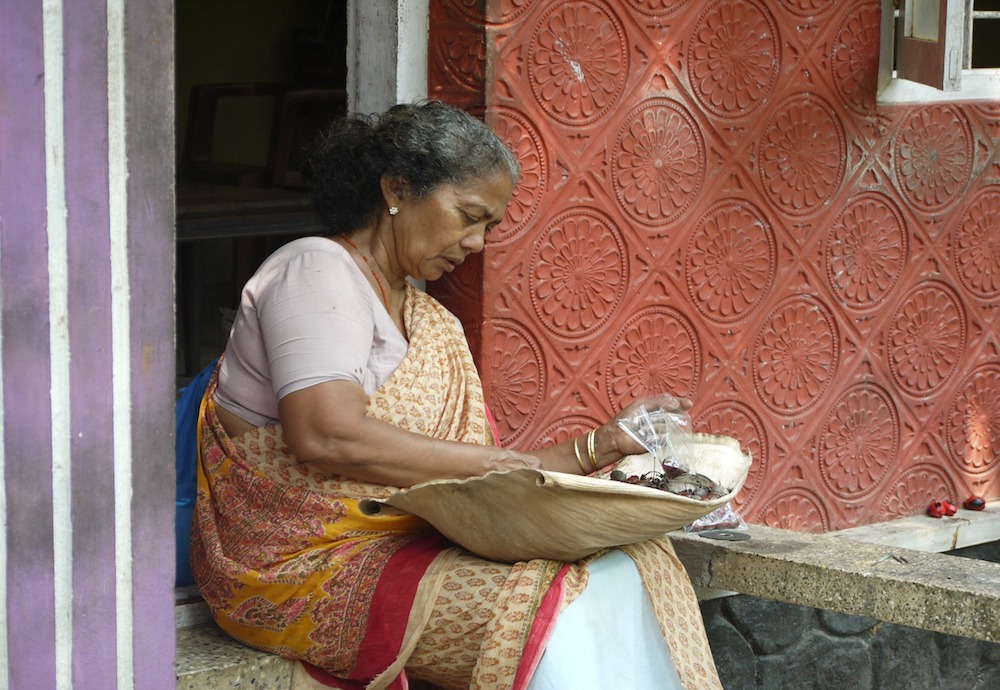 I only knew her as my mum’s distant cousin but when I heard her life story which was no less than a Bollywood movie, I was left in awe.

I met Kala aunty after ages- it had been almost 12 years. I last remember when I was in college, she had come visiting our place from Mumbai. She and her little daughter Meera  We played with Meera in the backyard, she was barely 10.

I was pleased to see the young 24 year old Meera today with her Mom. We had come to attend a wedding in Bombay and thats where we bumped into the mother daughter duo. Meera has completed her MBA and is now working in a finance role in a MNC, the mother proudly announced. She has asked me to quit my job- you struggled for so many years, now its your turn to rest, Meera had told her.

Kala aunty looked aged, she had quite a few white hair, her face looked tired but the sparkle in her eyes and the pride in her voice as she fondly spoke about her daughter paled her age and worries in an instant.

Life had not been kind to her.

I only knew her as my mum’s distant cousin but when I heard her life story which was no less than a Bollywood movie, I was left in awe. Kala grew up in a small sleepy village, she had only studied upto 10th in a vernacular school. When she was 15, she moved to the city of Bombay with her brother to make a life. She started doing odd jobs and slowly with time, her situation improved. She was then married off to Kanhaiya who moved to Bombay to join her. He hardly stayed for 6 months , did a few odd jobs, left them after getting bored and finally went off to his village. He refused to come back and urged her to come and settle down in the village to live a quiet and peaceful life.

Kala knew there was no employment in the village except selling fish, this was not the life she dreamt of. She was adamant that she wouldn’t leave Bombay. He stayed in the village while she continued living in Bombay. After a month she discovered she was pregnant. She hoped her husband would come to his senses, they now had a bigger responsibility of a life they had conceived together but he stuck to his guns. They never got formally divorced, he came to see the child just once. Thereafter there was no news from him.

Kala aunty brought up her child single handedly. For some strange reason she did not receive much support from her own family either. No one offered to help babysit the child while she went to work. She was working in a factory and was finding it tough to meet the mounting expenses of a growing child. That’s when the owner of the factory started a money lending business and offered her the role of ensuring payments were made by the borrowers, any disputes, delays etc have to be taken care of. She jumped at this opportunity as it meant extra income.

This was an unorganised way of money lending where small shopkeepers, people who wanted to start a business but had no credibility, assets or job came to borrow money. The rate of interest charged was high but no questions asked, documents verified. This obviously meant many people who borrowed money turned defaulters. It wasn’t an easy job getting money out of them.

Kala was hesitant at first, she found many of them did not take her seriously as she was a woman, what will she do they wondered, manhandle us like a goon? They often spoke to her rudely, sometimes totally ignored her, some tried to intimidate her. She was unfazed. She knew it was her job- she was not wrong. They were the ones who borrowed money, they had to return it, it was the law of the book. She spoke to her boss and they hired 2 burly men who accompanied her. Often she did not have to use their services as the tactics she applied scared the borrowers.

She had seen poverty and injustice in her life, right from childhood- injustice meted out to most women in her hometown. This was one of the primary reasons apart from the money part why she did not want to go back. She had now learnt to stop tolerating it and give back with all her might. Her collections improved significantly. Her boss was overjoyed. After a few years she stopped working for him and started her own moneylending business. She knew the tricks of the trade now.

She was often called the lady loan shark- she was ruthless when it came to her money. She ought to be else people would have brought her on the streets.

She managed to educate her girl and give her a good upbringing. I look at her wrinkled eyes and tired face, the circles around her eyes, the strands of grey hair but what I see is strength, resilience, faith, courage of a lioness who took life head on and fought her battles like a true warrior. Hats off to you Kala aunty, this is what real heroes are made of.