If You Are A Jane Austen Fan, Here Are 15 Contemporary Books That You MUST Read!

There are innumerable spinoffs of Jane Austen's books, proving how universally beloved her work is. Here is a list that needs to go on your TBR. 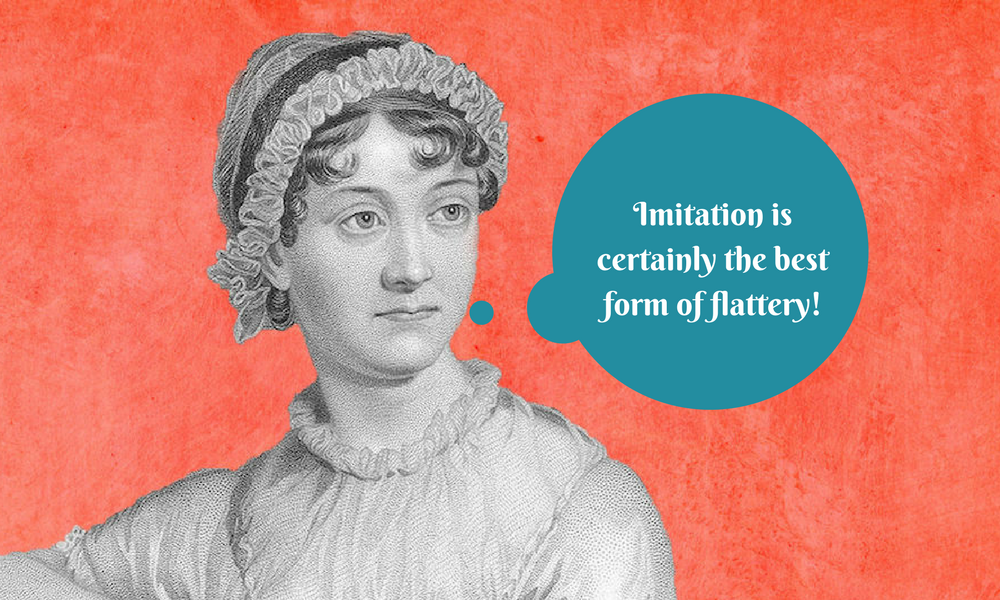 There are innumerable spinoffs of Jane Austen’s books, proving how universally beloved her work is. Here is a list that needs to go on your TBR.

16th December 2017 was the 242nd birth anniversary of a beloved author – Jane Austen. Anyone who has ever read a Jane Austen book has experienced that unique vibe that she so naturally created – the contrast between the English country life and the aristocracy, the beauty in landscapes and flattery in words, the subtle social commentary, the marriage and scandals, and a whole bunch of characters we can never get enough of.

Although nothing can replace reading her books, we have put together a list of spinoffs of Jane Austen’s books that you could read if you want a different take on the English characters and the usual background setting, or if you are done reading all her major works and still can’t get enough of it.  Some of these offer the viewpoints of characters who were not given the limelight, some of these provide a contrasting take on the stories of Austen’s protagonists and then some just trace the life of people who think the world of Jane Austen’s literary world.

The world is classic Jane Austen and the mystery is vintage P D James in Death Comes to Pemberley, a bestselling historical crime fiction tribute to Pride and Prejudice. Conjuring the world of Elizabeth Bennet and Mark Darcy and combining the trappings of Regency English society with a classic murder mystery, James creates a delightful mash-up that is bound to intrigue any Janeite. Our protagonist’s obsession with Mr. Darcy, as played by Colin Firth in the BBC adaptation of Pride and Prejudice, is ruining her love life, i.e., no real man can compare. But when a wealthy relative bequeaths her a trip to an English resort catering to Austen-crazed women, Jane Hayes’s fantasies of meeting the perfect Regency-era gentleman suddenly become realer than she ever could have imagined.

Get a copy on Flipkart,  Amazon India and Amazon US.

In California’s central valley, five women and one man join to discuss Jane Austen’s novels. Over the six months they get together, marriages are tested, affairs begin, unsuitable arrangements become suitable, and love happens. The novel is a witty dissection of modern relationships with echoes of Austen herself lurking over every page.

The New York Times Bestselling Author writes about a young Austen enthusiast Sophie Collingwood who has recently taken a job at an antiquarian bookshop and soon gets drawn into a mystery that will cast doubt on the true authorship of Pride and Prejudice—and ultimately threaten Sophie’s life.

McDermid, one of Britain’s most celebrated crime writers, takes a stab at a contemporary re-imagining of Jane Austen’s most under-appreciated novel, Northanger Abbey. In this novel, she delivers her own updated take on Jane Austen’s classic novel about a young woman whose visit to the stately home of a well-to-do acquaintance stirs her most macabre imaginings, with an extra frisson of suspense that only McDermid could provide.

The modern young-adult adaptation of Austen’s Persuasion has high school crushes, modern dating and innumerable popular culture references. Persuaded is the third in The Jane Austen Diaries and is perfect for anyone looking for a light and refreshing take on the Austen original.

Get a copy on  Amazon India and Amazon US.

This book is a very detailed look at Persuasion through the eyes of Captain Frederick Wentworth. Throughout the course of Jane Austen’s Persuasion we learn about Captain Wentworth and that he had his heart broken eight years ago by Anne Elliot. Susan Kaye takes what we know about Wentworth and fills in the holes and creates a story so full of depth, romance, and one that coincides quite nicely with Jane Austen’s original story.

Longbourn is unconventional because it allows the servants to occupy the centre stage. Author Jo Baker dares to take us beyond the drawing rooms of Jane Austen’s classic—into the often-overlooked domain of the stern housekeeper and the starry-eyed kitchen maid, into the nitty gritty daily particulars faced by Britain’s lower classes during the Napoleonic Wars—and, in doing so, creates a vivid, fascinating, fully realized world that is wholly her own.

The Dashwood Sisters Tell All

Ellen and Mimi Dodge have never been close, but their mothers dying wish sends them on a walking tour of Hampshire, England, that follows in the footsteps of Jane Austen. Their mother also left them something else: a diary that belonged to Jane’s sister Cassandra. These pages shed light on the secrets that nearly tore the Austen sisters apart and inspired one of the greatest love stories of all time.

Get a copy on Amazon India and Amazon US.

With her sparkling wit, Joanna Trollope casts a clever, satirical eye on the tales of Elinor and Marianne Dashwood. Re-imagining Sense and Sensibility in a fresh, modern new light, she spins the novel’s romance, bonnets, and betrothals into a wonderfully witty coming-of-age story about the stuff that really makes the world go around.

Confessions of a Jane Austen Addict

In this Jane Austen inspired comedy, love story, and exploration of identity and destiny, a modern LA girl wakes up as an Englishwoman in Austen’s time. Not even her love of Jane Austen has prepared Courtney for the chamber pots and filthy coaching inns of nineteenth-century England, let alone the realities of being a single woman who must fend off suffocating chaperones, old school seducers, and marriages of convenience.

Get a copy on Amazon India and Amazon US.

Grange offers her readers the life and perspective of Colonel Brandon from Austen’s Sense and Sensibility. At the age of 18, James Brandon’s life is set fair: he is in love with his father’s ward Eliza, and he is looking forward to a lifetime of happiness with her. But his world is shattered when Eliza is forced to marry his brother and James joins the army in despair.

Jane Fairfax: The Secret Story of the Second Heroine in Jane Austen’s Emma

A key reason for Emma’s success is that the story has two heroines-Emma Woodhouse and Jane Fairfax. In Austen’s novel, Jane’s background is left obscure, and the turmoil underlying her current reduced circumstances in mysterious. Finally we found a book that narrates her whole story in Joan Aiken’s superb retelling of Emma-this time from Jane Fairfax’s point of view. When Jane Fairfax was published in hardcover, Aiken’s wit, style, and skill prompted Booklist to say, “Brilliant…extraordinarily will done and highly recommended.”

No list of Jane Austen spinoffs is fairly complete without the modern-age saga of Bridget Jones and her misadventures. A 30-something singleton treads on a comical path for self-improvement and even manages to get caught up in an Austen-esque romance. Through it all, Bridget will have you helpless with laughter, and — like millions of readers the world round — you’ll find yourself shouting, “Bridget Jones is me!”

View All
No More Guilt: Exploring The Ways In Which You Can Shed Mother's Guilt
Steps To Landing Your First Writing Job - Want To Be A Content Writer?
What Are The Essentials Of Being A Good Content Writer?
Women At VMware - Meet Ipsita, Inside Sales Representative At VMware India
Women of VMware - Meet Afifa Hasan, Enterprise Sales Account Manager for VMware India
Women Of VMware - Veena Chandrashekar, Director, Inside Sales Practice
BooksRead 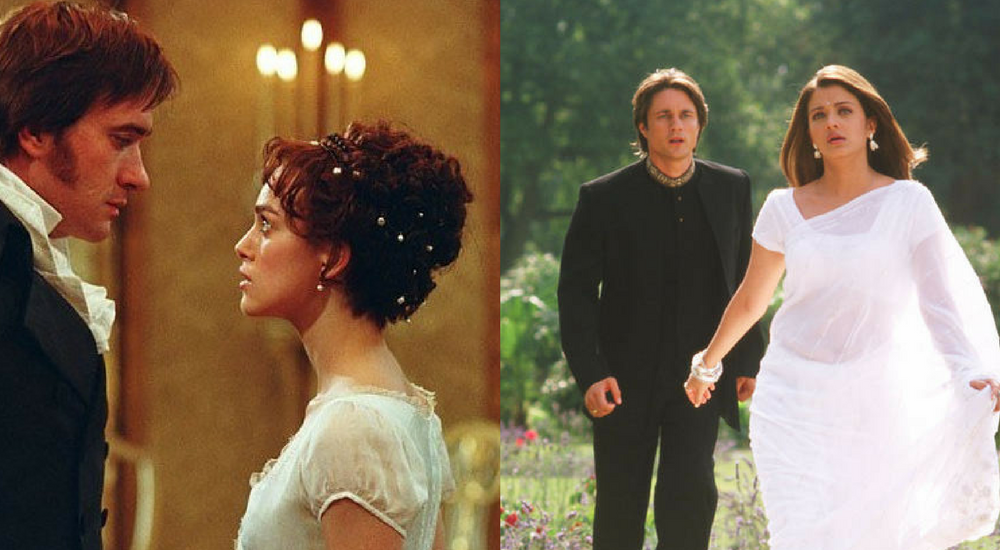 Read More
As You Write ItCampaigns

Muse Of The Month November 2014: Inspiration From Jane Austen

English novelist Jane Austen, who explored romance and society in her timeless works, centuries ago, continues to command millions of fans even today. 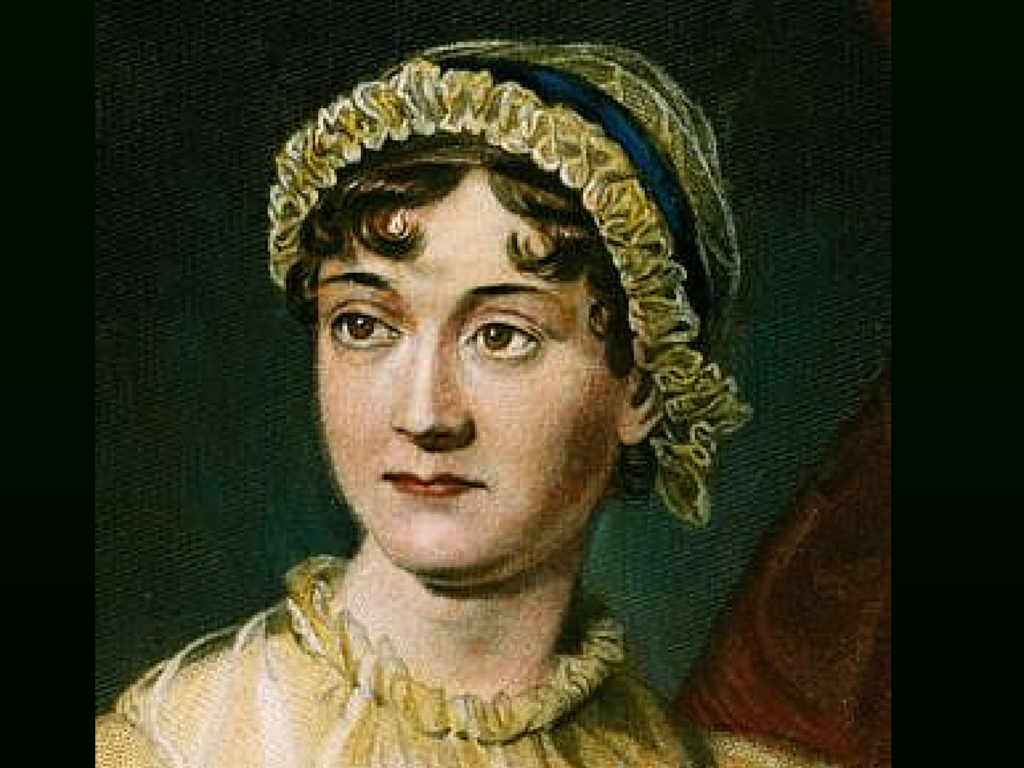 English novelist Jane Austen, who explored romance and society in her timeless works, centuries ago, continues to command millions of fans even today.

Each month, we ask our readers to get inspired by an iconic woman writer and get their own thinking caps on. We hope that this inspires you to read more of these writers, and also get your own writing hat on. The 5 best entries on the writing cue get published here.