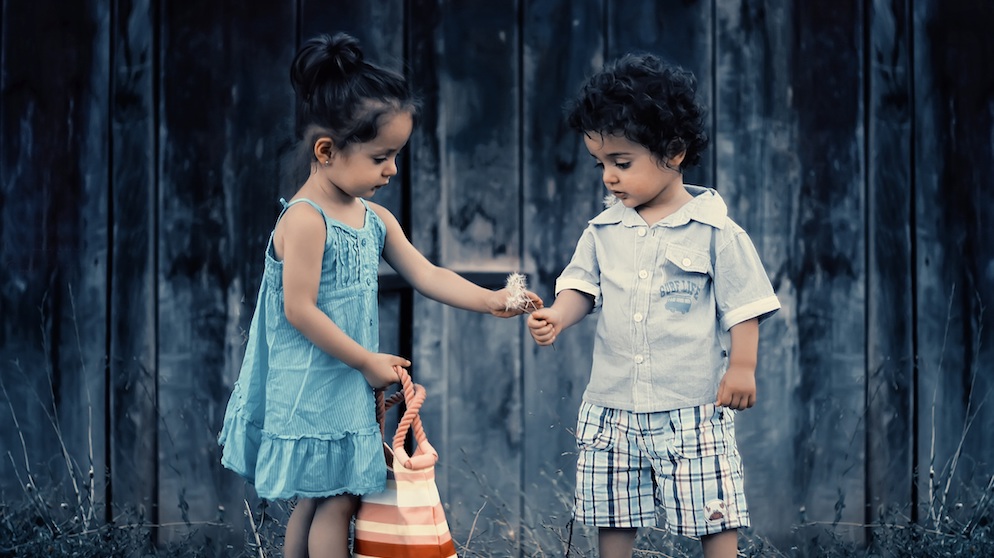 Our path to gender equality is muddy; until we acknowledge that men and women have far more in common and start raising our boys and girls in a truly equal manner.

2012: A brutal gang rape results in a much needed national conversation, outrage, government committee formation, a multi-point report, and finally, a penal code revision in 2013.

2017: A renowned singer/celebrity gets bumped off Twitter for a shameful attack on a female activist while many such trolling of female voices with threats of rape, character assassination, and threats of assault go unnoticed or un-flinched at (accepted as the norm for what any female stupid enough to provoke thoughts on any matter from politics to her husbands’ privacy deserves, by politicians and supporters alike).

Marital rape stays decriminalized on grounds of concerns of false accusations against the male spouse.

Anti-Romeo squads (comprised I suspect of mostly – if not only – males) are established in one state to ensure women’s’ safety.

The Supreme Court upholds the death sentence of the 2012 offenders proving our métier in setting right examples.

And we stand shocked as a nation once again at the brutal murder of a 9 month old baby by gang-rapists attacking her mother.

The national conversation, to be fair, had never completely moved away from the need for improvement of women’s safety in the largest democracy and soon to be most populous nation of the world since 2012; albeit, like most ‘human’ nations, we too have distracted ourselves from time to time with more important topics like the state of cows and the mating habits of peacocks. But we have held on to our beliefs, reinforced by our supreme faith in our ‘culture’ about gender roles and role modelling. To err is human. To flex is male. To rise is un-female.

Blind to socio-economic changes, crime statistics, common sense and even the same religion whose principles we are so obsessed on preserving (where female power and aggression is known to have superseded and been called upon again and again in times of crises), we have continued to raise generations – one after another – predominantly engineered to perpetuate the exact same behavior – control, ridicule, or exploit women.

Men and women are different. Really?

We have placed our conviction in this more than we have in our predicaments, our reputation and our development. So we consciously distinguish therefore in how we raise our daughters vs. our sons irrespective of economic, social, and human consequences.

The best example of this? My friends and co-workers told by their mothers-in-law: we understand what parents of daughters go through – we too have/are daughters – but this is how it has to be.

Who bears the expenses of ailing parents? Whose house does the couple get to spend nights in during post marriage trips back to the country? Who needs to be the calmer one in arguments? Who needs to adapt to habits and eccentricities? Who (irrespective of capabilities and qualifications) should give up working if needed?

But how different are the two genders barring the physiological differences? What does science say? Is it the chicken – the years of living the ‘differences’ that have us convinced that we are different? Or the egg – the being different that has led us to prefer and excel in different domains? – That came first in this debate?

I was quite convinced for a while that it was mostly the latter and that it is the human socio-economic dynamic in which the lever for equality is pulled by the wage earners, that is requiring equivalency in gender roles, causing us women to try and swim against the tide. And men – the higher rates of violent crimes committed by them – just another argument in support of their testosterone driven tendencies.

But it was and is mostly the chicken first. Exploited conveniently for decades to foster myths and perpetuate differences, never allowed to come to the forefront of the ever expanding egg.

A 2005 analysis which in turn is an analysis of 46 meta-analyses on the topic over the last two decades (American Psychological Association, October 2005, Janet Shibley Hyde), only a few main differences appeared, with gender differences having none to minimal effect on most of the psychological variables examined. Its multiple citations, and other independent studies on brain composition, supports this claim.

In addition, and even more pertinent, gender roles assigned and social context had more to do with a person’s actions than their actual gender! In other words: being told whether to be a man or a woman, and how, decided behavioral stereotypes, not proclivities thought to be inherent owing to the gender of birth.

Accepting a ‘debatable’ truth, our egg here, as the ‘absolute’ (which we often substantiate by drawing parallels to the animal world) has created an impossible struggle for the ones identifying with the ‘stereotypes’ – the ‘strengths and weaknesses’ – of each gender in the world of required role equivalency – and has also left little to no space in between for the ones who struggle to identify with either gender or its stereotypes.

And then there are the blatant problem statements.

Women are disproportionately larger as victims of violence and human right violations. Conflicts and infrastructural weaknesses only further expose the spikes because abusing and subduing women is often the instrument of choice for controlling, defeating, or establishing the power equation, and women are more often than not the brunt-bearers of inequality when resources are limited.

Both of these causes have roots in our belief in the ‘egg’ and how we have chosen to exaggerate, extrapolate, and perpetuate it. We as societies have collectively believed women to be the ‘honour bearers’, the ‘conflict avoiders’, the ‘expendables’. The ones unable to fight back, requiring protection, and less effective in maximizing returns. The boys go to school if only one can – for they have a higher chance of survival and success. A slap in the face of ‘mother’ nature – who designed the physiological differences entrusting the other sex with the propagation of species.

Women are also as a result, the primary targets of restrictions imposed as a result.

We continue conditioning our girls to be the reservoirs – instilling virtues obligatory for tendencies we incorrectly believe is in their design – so that they can be successful in the social model we believe in our heads to be the correct one. And we concentrate on reinforcing our boys as the aggressors – for they need to be the gatherers, the protectors, the iron shields. And any undesired spillage that might happen with all such concoctions of extreme stirring up in their pots? That’s why we have the other halves. In their place. Within their limits.

But what is my point for stirring up this mud pot – especially since in most of the world gender equality is an agreed upon (maybe not achieved – but agreed upon) concept?

We don’t challenge women’s right to work much anymore. Yes, there are micro-inequities and macro discriminations, but still, they are being worked on, right?

And more and more men are having to share chores to balance things out – a move again widely supported in our liberal domains. It’s only certain states and social sections with policy level problems and infrastructural weaknesses, especially in enforcing law and order, that need to curb gender violence – rape, assaults, acids, killings etc. etc.

We have everything on our all these in our to-do lists – including making allowances for the boys being boys and girls being girls.

And therein lies the disastrous fallacy. We can’t create a sustainable culture of safety if we don’t start with equality.

From birth, we raise our children to be unequal.

For our girls, we tell them to stay within their limits, to stay safe, to dress appropriately, to not provoke attention and often gently coach them to ‘want to be mothers and homemakers’ before careerists. Or we tell them that they are no different from the boys while with our actions we prove at every step how insincere we are. Because we all want the world around us to change before we do.

Yes, I do want to give my daughter the same liberties as my son– but it’s just so much more unsafe for the girls.

Some level of precautionary appropriateness is required of both the sexes, and off course the ones with ‘more to lose’ will need to be more careful.

Yes, I know you are very promising as the next lead, but you will have balance your family life too. It’s ok to want that. And why are you not wanting that btw? Being so aggressive, so self-absorbed, so ‘alpha’ is not normal.

A woman brash and stupid enough to want to party among hooligans and male drunks deserve to be molested. We are not against equality but we are for common sense.

Sigh for our girls!

But what we do for our boys, might be worse. We want them to be the alphas – teaching them to be strong, shaming them for crying, drilling into them that they need to be the breadwinners and the protectors. Their sisters might have a choice in this regard, but they don’t. That’s why we preferred them over their sisters – for the hard tasks – for providing, instead of depending – for being less of a liability.

But in the same years where we channel their interests and hobbies to make sure they stay male, we ignore their libidos. No conversations – no acknowledgements – just allowances.

We demonstrate to them a way of life where tasks like cooking meals, cleaning your own dishes, washing your own clothes are primarily taken care of for them; the tasks not worthy of their indulgence, role modelled primarily by the girls.

And then, we softly whisper to them how to be respectful to women. Their sisters, friends, neighbors – the ones who are lesser, weaker – the ones who are allowed to – in fact – are expected to cry.  The ones held to lower yet higher moral standards. The ones who tie bands on their hands to seal the promise of their protection and in exchange are to trust them with most decisions.

We celebrate male resiliency in muscles and shy away from discussing the tremendous female métiers, changing topics instead, lest we embarrass them.