Cows Are Safer Than Women In India, And Our Misplaced Anger Proves It

HEADLINES: A photography project featuring a woman wearing a cow mask created a furore nationally! What does this say about India today? 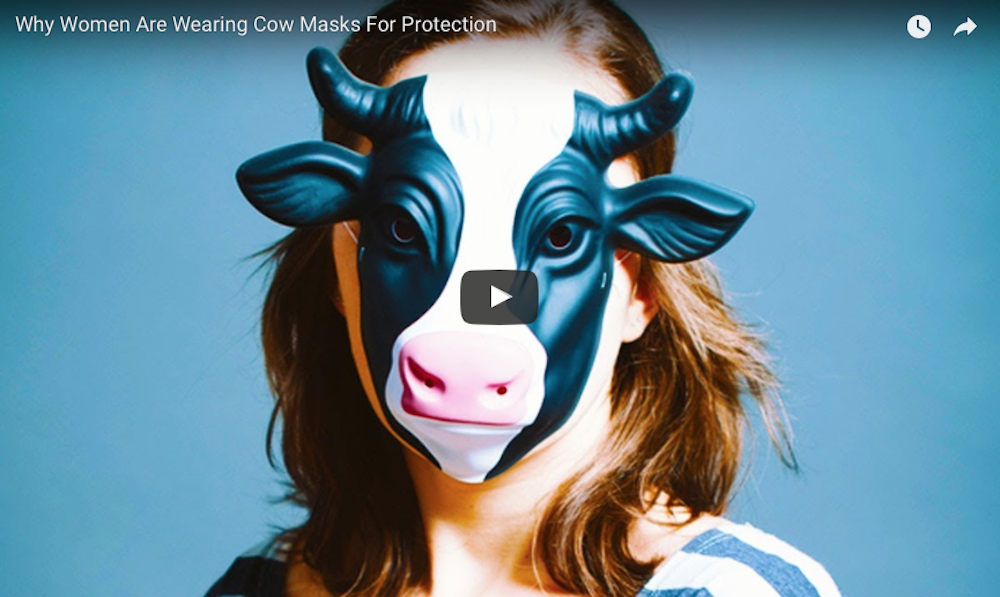 HEADLINES: A photography project featuring a woman wearing a cow mask created a furore nationally! What does this say about India today?

Recently, photos with a woman wearing a cow head featured as a part of a photography project went viral and many Hindu nationalists seemed to disapprove of the ‘insult’ that was being cause to their ‘gow mata’ and demanded that the pictures be taken down immediately.

Well, a few more incidents that took place over the past few years have enough offending material to qualify for the headlines:

NEWS: A girl raped in a bus on her way back from the cinemas with her friend.

Yes, this is the Nirbhaya rape case which provoked the ire of almost every human being. The accused were caught and yes, punished too. But did it lead to mass murdering or any kind of lynching? No.

In fact, even after the horrible incident, the rapes and harassment or women didn’t seem to subside.

Well, Nirbhaya, who seemed to have enough evidences against her offenders took so many months for a judgement just enough that she couldn’t see it happen.

Another news just a few weeks before the Nirbhaya rape case:

NEWS: A Muslim man lynched for storing and consuming beef allegedly at their home.

A man and his family were rumoured to be consuming beef, meat derived from a cow, at their home in Uttar Pradesh, India. Well, that man was killed and his son was left seriously injured as a group of more than hundred men barged into their house smashing everything in the way including doors and windows.

Though it was later confirmed that the family had no beef in their fridge, (it was mutton), the so-called justice didn’t take any more time to be rendered than the rumours took to spread.

Most Hindus regard the cow as a sacred animal. We pray to her, she is our goddess, she gives us milk, she is a meek, soft animal who shelters anyone who comes to her. So whenever a cow is hurt or is killed by anyone, we think “How dare they insult and kill our mother cow?”

But these same people also regard many women as goddesses and pray to them day and night, Kali, Saraswati, Sita, and so many others. Women protect anyone who is around them, their family, their children; also, these are the same women who feed their babies with their milk just like cows; women are also human if any of you had failed to notice.

Why don’t we get as aggressive when a woman, a form of these goddesses, is torn apart and scarred for life? Where do these Hindu nationalists go then? How are women any less? Are we even supposed to compare a woman with an animal? Is this where our humanity has brought us? The furore over the cow masked lady? And when harm is caused to a woman, we all go inside and sit quietly in our homes waiting for the drama to subside outside.

(No offence here, I’m a veterinarian and I’m definitely against animal slaughter.)

Well, what do we understand from this?

Cows in India are safer than women.

There are so many things wrong with our society here that all of us have failed to notice.