Don’t Mock Me Just Because I Got A Divorce… Walk In My Shoes Instead!

Don’t judge me or negate me because I am a divorcee. You do not really know what the lives of couples who get divorced are really like. 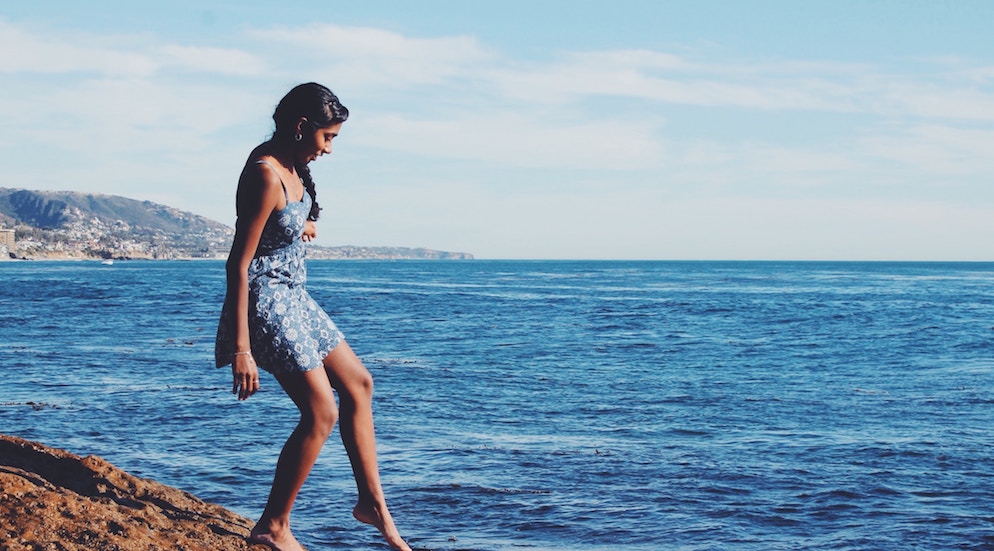 Don’t judge me or negate me because I am a divorcee. You do not really know what the lives of couples who get divorced are really like.

We often nowadays get to hear about divorces. It is sad and extremely painful. A man and woman don’t get along or their differences become so huge that they are forced to get a divorce. Instead of the daily quarrels and squabbles, couples part.

Sometimes they part on good terms as they realize that their personalities or likes have changed over the years; and they would rather spend time with someone who shares similar tastes. Miserably, often the couples have kids who have to now face the bitter reality of having their parents stay apart. Yes the pain is there, but what irritates me is how the older generation frowns and looks down upon couples who get divorced.

Recently one of my friend decided that instead of daily quarrels they will separate. She felt that she was tired of the marriage, and wanted to spend some happy moments with her son instead. She is independent and felt she had put in her 100% in the marriage, made compromises to adjust to the in-laws; but still troubles brewed.

Instead of supporting her, everyone started to mock her and ridicule her. The elders said that a woman should never ever leave her husband, no matter what problems arise. They should solve it on their own. It seemed like it was a taboo to leave one’s husband.

Did these commenters once think about what problems the woman was facing in her day to day life? Would these elders, who are living in their cushioned and comfortable homes, think about how this woman must have tried so hard to solve the problems but failed miserably? Did they think how instead of having a chat with good humour over their issues and trying to solve them, the husband and wife were quarrelling all the time?

It must have been very tough for this woman to leave her husband. They had stayed together in the same room. She had shared intimacies with him; and yet there must have been a huge amount of trouble that caused her to leave her husband. She knows she will have to support and take care of her son and herself alone from now on; and yet she boldly rose up to the challenge. Why did she do this? She did this because she wanted to be happy. We have one life. We all deserve to be happy.

I know of a dear lady who left her first husband 51 years ago because her husband’s family would not let her financially support her family. Her father was dying, and she had to provide money for her mother and her four sisters and brothers. She was working too, and wanted to use some of the money earned for her mother and siblings.

She left when she was pregnant. She could not bear to abandon the family with whom she had grown up for her husband. She lost all respect for this man. She knew that she would face taunts and criticisms from society; but she was a brave and bold woman who was not scared to do what she felt was right. Today she had married again and has more kids. Her first son is more attached to the step-father than her and her other kids worship her son. They are one happy family and no one ever mentions the word stepson. I applaud such a woman who did not lose hope. Her siblings praise her for helping them realize their dreams.

Then there was this married couple who were residing in the USA. Their jobs had led them to live in different cities. Every time they had a child, they would send the child to India to live with the grandparents. They would visit their children once a year. These children, from when they were a few months old, grew up with their grandparents. Everyone would say how cold the mother was, how bad she was. Years passed and then we got to hear that the couple got a divorce. The woman now decided she would take her kids and live with them in USA. The man got remarried and the woman he got married to has a 12 year old son from her first marriage. Now remember these famous commenters I was talking about previously? They now ridicule and mock the man and woman. They find it ridiculous. They say that today’s generation does not know how to adjust with one another. Today’s generation has no moral values. They are shocked to hear that the man married a woman who has a 12 year old son. They say the child knows everything about divorce. Obviously the child will know.

Did these painful commenters once think about what problems the couple may have faced? Do they know the personal dilemma between these two people? Yet they comment and trash a whole generation. What happened to our freedom? Can a woman not choose what makes her happy? Does life not give second chances? Are we still so rigid and backward? Did education teach us nothing?

My next story is about a friendly and socially amicable couple. They fell in love in college. They have been married for 8 years and are successful in their own careers. They used to travel around the world and loved to do things together. But then one day they decided to separate. These commenters that I know spent no time in gossiping and finding out why the couple separated. The woman did not want to have kids as she loved her career and that was her world. She did not want to socialize as much as the man. The man wanted to start his own family and he loved going out with his friends and family. They parted on good terms.

The man decided to get married again. The commenters said the man was marrying a woman who had a past. I was shocked. I said what do you mean by having a past? My commenters replied that no woman will marry a divorcee and this woman also had a divorce. They said that thank God this couple did not have kids or else it would have been so tough on the kids to see their parents separated. They also said it is so tough for the man’s mother as she had spent so much money and effort on their marriage. What about the man and woman who were actually living together? What if they could not adjust?

Do we know everything about the person we are marrying before marriage? Do we not change as we grow older with our experiences of life? Do we have to be stuck to our husband like Fevi Stick permanent glue? Then let’s just put down our pens and stop studying. Let us stick on those blinkers like they do on horses who pull carriages; so that we cannot look anywhere but straight into the eyes of our husband!

We have one life and let us enjoy it instead of being ridiculed at it. We all make mistakes and we learn from it. We each have our own individuality and personality. Let us cherish it and ignore those nasty commenters who are probably bored with their lives; and criticising others’ lives is their hobby.

Divorce is painful and a very tough decision to take. It is not as easy as it looks from outside.