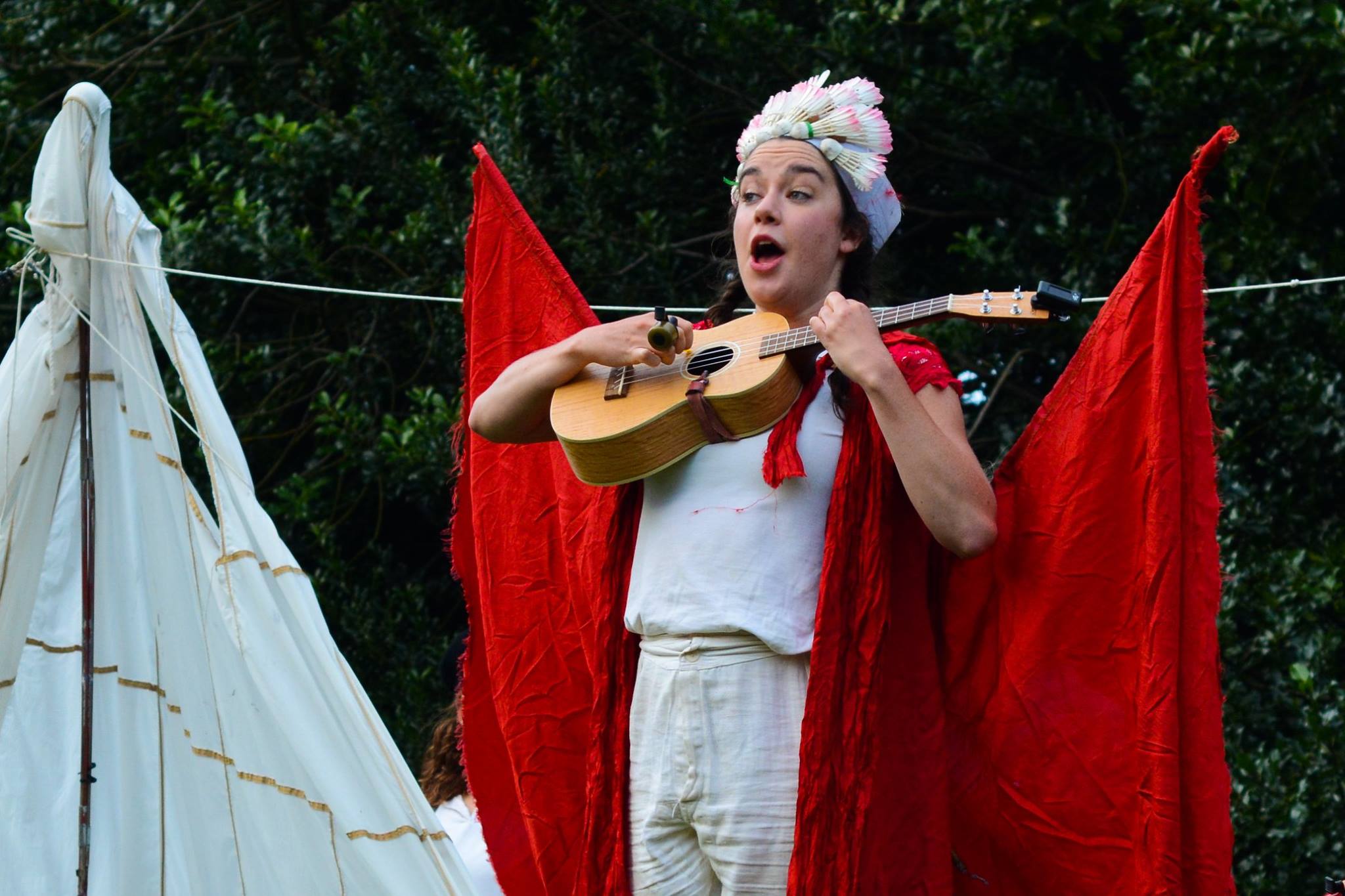 A Hilarious Night With The HandleBards All Ladies Troupe In Bangalore

This Sunday evening, on a whim we booked tickets for the Shakespearean play As You Like It, performed by The Handlebards, an all-ladies UK based troupe who are currently in Bangalore.

It was probably worth putting aside studying for an upcoming test (in my father’s case), meeting a friend (in my husband’s case) and me – well, I was looking forward to spending time with said family.

The Handlebards are a troupe that cycled across the UK with their props and costumes on the back of their cycles and successfully performed shows. At times we also saw a bicycle handle, a bell and other parts of a bicycle making their appearance as redesigned props through the performance. There is an all men’s group as well as a women’s group which are part of The Handlebards; Bangalore currently has the women’s group and they will be performing here all this week.

The team of four women did not stop for one second as they flitted between the various characters of As You Like It. They did it effortlessly and without pretense while engaging the audience in the laughter riot that was the play. They started with a beautiful rendition of Come Hither which I recognised from my Standard 8 English textbook but this was the first time I really enjoyed listening to it as they sang and played the accompanying instruments.

There was cross-dressing, ball playing, random ribbon waving, getting the audience to play some parts when the plot thickened and they needed the multiple characters they were playing to be on stage at the same time. Shakespeare was accessible and fun without the elaborate sets and costumes. I was amazed at how the cast never seemed out of breath while running in and out of characters and lines. They got the audience so involved that it felt as if the audience was part of enabling these four women to put on the show.

There was music, laughter, heavy Shakespearean lines spoken with ease and complex characters made accessible (Ganymeade, the ram, Oleander, Rosalind and more with each of the four actors playing seven or more characters.) It was madness but it was never out of step or exhausting for the audience to watch this brilliant performance. It was comedy that transcends gender and the cross-dressing was never the bore that I have come to associate it with after seeing countless men on Indian TV cross-dress as part of comedy with the women getting sidelined with supporting lines. In fact, even if I rack my brain, I have never seen women cross-dress and it was refreshing in one sense but it never looked forced or put on.

The Handlebards are in Bangalore till 12th November across various venues – check them out and let hilarity ensue. (Tickets are available at Book My Show).

Pictures courtesy the Facebook page of The Handlebards (link above).

Sisters That Sweat Together, Stay Together!

When An All Women Trip Turned Out To Be Much More Than What I Thought It Would Be!

So What If They Didn’t Get The Guy? Here’s What The ‘Leftover’ Women Of Bollywood Are Doing