What is it about a man dressed like a woman that is supposed to make us go all haa-haa-hee-hee? We did some brainstorming, find out! 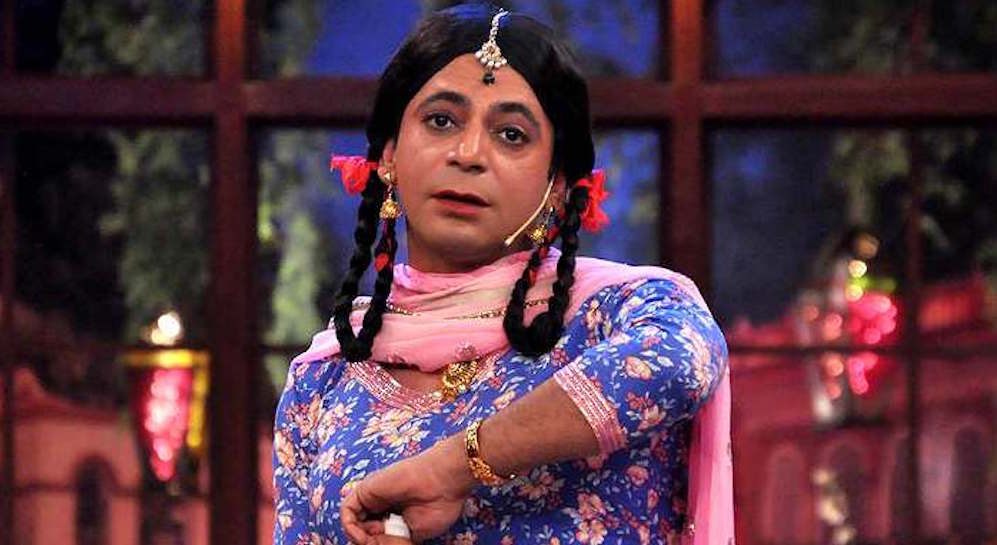 What is it about a man dressed like a woman that is supposed to make us go all haa-haa-hee-hee? We did some brainstorming, find out!

The trope of men dressing up as women for comic purposes (or drag queens) is prevalent throughout the world. In India too, there are many movies as well as TV shows, the most famous example being The Kapil Sharma Show, which uses this trope to incite laughter in the audience. Cross-dressing, on the whole, is a huge concept but mostly in the Indian context, we only see it as men dressing up in womanly clothing.

What is it that makes this so funny? Is it the transgression from gender roles? If not this, then where does comicality come into this transgression instead of a sense of subvertion from the norms? If we negate this point, it is only one thing that remains: women and their clothing is essentially funny! And not wholesome-haha funny but a demeaning sort of funny.

Clothes are just clothes, it is society that assigns to them a certain set of ideas with regard of class, gender and culture. The most basic purpose of dressing up is to protect our body from any harm from the external stimuli, that’s all. So what is this fascination that we have that makes a man dressed up as a woman result with extreme comedy?

It is generally assumed by the society that clothes are an extremely big deal for us women. And hence, come the tags of being ‘frivolous’ and ‘trivial’. So, obviously, when men who are supposed to be ‘rough’, ‘tough’ and generally nonchalant about their appearance, partake in the extensive womanly sartorial tradition, they too are looked down upon for being ‘womanly’ and ‘feminine’, like it’s a bad thing.

I have a (conspiracy) theory as to why our society makes such a laughing stock out of men dressing up like women. So the society has a patriarchal idea of gender and family which ensures its smooth functioning which is further propagated in the future generations and hence an ‘order’ is set. Now to make sure that their male population doesn’t deviate from the path that is set for them, they demean and laugh at any kind of digression from this rigid set of ideals. In other words, if you make men think that they look funny and will be laughed upon for wearing womanly clothes, it is almost natural that men are wary of doing anything like it. Patriarchy now takes it further and makes it look as though being feminine is bad and demeaning and inferior – hence funny.

Aside from all this, I hoped that this trope of cross dressing would someday go further and include women equally, and then even normalize the transgender in a country like ours. But nothing of that sort is at large right now, which is a shame considering it is an agenda of art to liberalize people’s mindsets, and cross-dressing is a kind of art too. Instead of helping transgender people achieve their rights, these acts only make it more difficult for them to live an ordinary life.

What is your take on this issue? Do leave a comment.