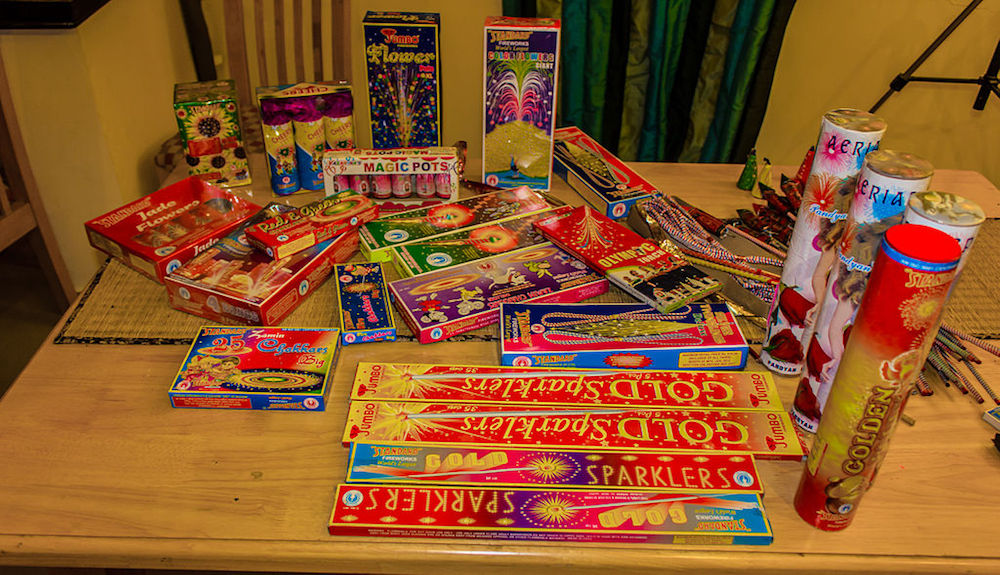 The Supreme Court has banned sale of fire crackers in Delhi NCR. Isn’t this firecracker ban essential for the rest of the country too?

The news item narrates that many will lose jobs as they are employed by the fire cracker industry. As per the news report, 85 % of fire crackers are manufactured at Sivakasi in Tamil Nadu. More than 3 lakhs employees are employed in making fire crackers & nearly 5 lakhs in ancillary industries like packaging, transport etc.

A report by National Commission for Protection of Child Rights (NCPCR) in 2013 stated that kids as young as 5 years old are employed for nearly 12 hours daily for making fire crackers. And for all this labour, the kids are paid measly amounts of Rs 30-50/- per day. These children work in the most dangerous conditions in tiny sheds with no safety gear, filling flower pots, fuses, paper pipes etc. The clothes of children are covered with chemicals as they make the fire crackers. These chemicals cause asthma, eye infections, tuberculosis, etc. in 90 % of the child labour. And as children work unsupervised, with dangerous chemicals like potassium &  sodium nitrates, zinc, magnesium, iron, steel, aluminum, etc., there are many accidents which maim  & or kill children.

The manufacturers state, that of late, child labour is non existent in manufacture of fire crackers. Nobel Laureate Kailash Satyarthi says that atleast 1 lakh kids are employed in the fire cracker industry spread across Andhra Pradesh, Assam, Chattisgarh, Jaipur, Orissa & Tamil Nadu. So, there is an equality of horrific treatment towards children on nearly a pan Indian basis. Because, in other industries in the remaining states, child labour is employed as well. To name a few, silk, glass bangles, carpet weaving et al.

The effect of all this is that while children suffer, lose their childhoods, and are victims of many related disorders, adults don’t get employed, & even if they get employed, their wages are less than the minimum prescribed for that industry. Fire Cracker employers say that profits are eroding because of the SC firecracker ban. They are right, because how can such stupendous  profits be let off where employees who are children can be paid peanuts & who will not unionise themselves, no matter what dangerous working conditions prevail?!

Many manufacturers would have us believe, that children who are employed were worse off than when non employed. If that is true, then why employ kids which is illegal? In fact, most of the laws prohibit employment of children below age 14-18 years in any industry. And in the fire cracker industry by default, children below the age of 14-18 years are employed. The simple reason being, by the time they turn 14-18, the children have become unemployable because of having suffered some accident/s which have either crippled them for life and or cost them their lives!

This is how population growth can be kept under check. sarcasm alert And with it, poverty as well. Because, only poor children are employed in such hazardous industries. In effect, employment of child labour serves so many social causes!

Moreover, culture flourishes if we embrace better practices & give up those which are dangerous to humanity. When we discard  outmoded traditions & customs, will we all grow and prosper.

SC should take suo moto cognizance of the facts that air & noise pollutions are hazards all over Bharat, not just in Delhi NCR. An outright pan Indian firecracker ban for ever would make the future shine brighter  for our children ensuring safety (from being employed in fire cracker industry) & also safe from air & noise pollution. After all, “We do not inherit the earth from our ancestors; we borrow it from our children!”