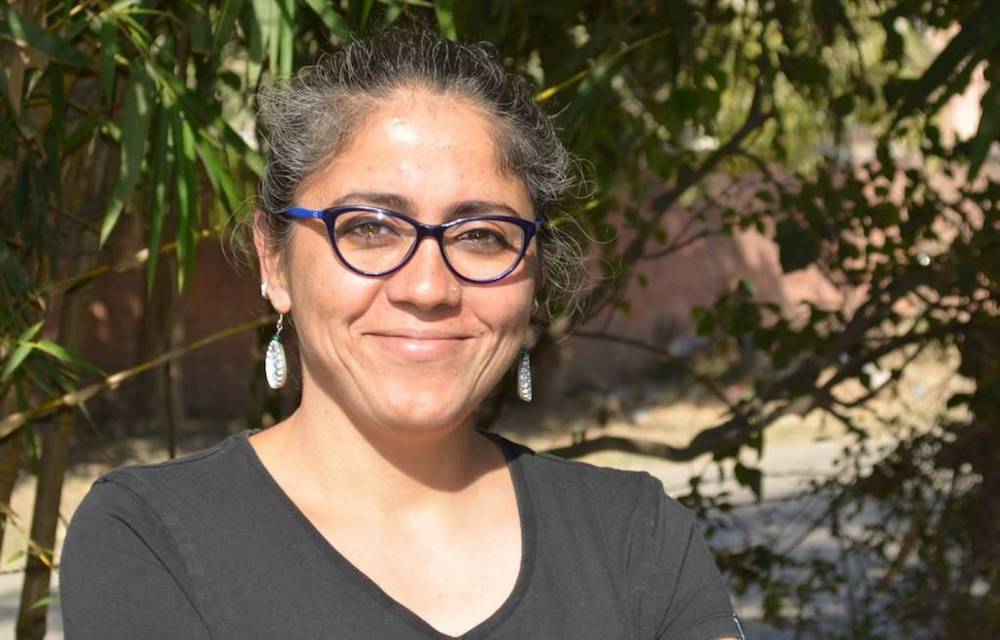 With a raccoon-ish love of books, complete with dark circles due to reading at all odd times, Tanu Shree Singh talks about the online reading groups she admins.

An assistant professor of Positive Psychology, an author of a parenting book called Keep Calm and Mommy On, a freelance writer who writes about parenting and social issues, a mother of two teenaged boys and five little puppies, a librarian at two libraries, one at Faridabad and one that she has recently set up for under-privileged children at Tirthan Valley.

Tanu Shree Singh, as we see, is a woman with many hats, and the wit, wisdom and charm with which she wears all these is not just infectious but also extremely inspiring.

As if juggling these many tasks is not enough, Tanu Shree Singh is also a founder of two Facebook groups dedicated to reading and learning – The Reading Raccoons (Discovering Children’s literature) and Senior Reading Raccoons. These boast a membership of 15000+ and 13000+ members respectively. 28000+ readers united because one woman thought it essential. Sometimes Yoda, calm and patient, and sometimes Kali, with her foot down firmly and a “no means NO!” she is the most endearing individual I have come across.

The Reading Raccoons, (TRR, which came first) she says, was born more out of laziness. Her boys read a lot and her friends constantly asked about various books and genres, so she created the group seven years ago to stop having to answer these questions individually.

In the beginning, the group was fairly lazy. She was the only one putting up reviews. Gradually it grew into what it is today. The elder members of the group who were readers started wishing for a group for them. Tanu says quite gaily that she kept laughing it off until she got super-pestered by her offline friends and therein was born the other group for ‘adults’, named Senior Reading Raccoons (SRR). SRR took a life of its own and in its 2 year journey has managed to grow exponentially and beautifully.

Facebook groups have a propensity of turning into a black hole steadily, with members either growing completely quiet, going absolutely astray, or even running amok. So when I asked her if she has been able to maintain the essence with which she had started the groups, she answered simply that primarily she wanted them to be safe spaces driven solely by passion for reading. She also wanted them to be inclusive.

While the former continues, with people getting into different kinds of literature fueling their reading appetite, she says the “being inclusive” part is a constant fight. Her grouse is, “the description of both the groups clearly states that we accept monosyllabic reviews of any book. Yet, people get intimidated by what everyone else is reading and the way they review it. Ideally, every member should be able to put what they are reading out there and not feel inferior in any way. It is not a competition. No one should be judging anyone. However, looking at the number of people we remove for being judgmental, we would soon end up on FB’s dark wall of fame.”

Tanu Shree especially stresses on inclusivity because her motive is to spread the love for reading. She does it both in her real as well as virtual life. And hence, the inclusivity war is essential because that’s how more and more people would read. It is also a matter of immense pride that both her groups have remained devoid of any attempts of monetization and she is proud of having turned away quite a few opportunities of generating revenue. “Being in this money-free zone ends up being liberating and brings with it the freedom to maintain the sanctity of the two spaces.”

She also says that with the changing group dynamics and the overall structure of social media these days, while the junior group is fairly smooth, the adults’ group remains volatile. When it was a closed cozy small group, the members cracked jokes on popular authors and didn’t think much about it. Later she says, “As it grew, I became aware of people in the group who read the works of the aforementioned authors. So rules regarding personal attacks on authors were framed and the posts were screened more strictly. To let a bunch of people go on their own trip at the expense of others isn’t exactly inclusive. We got more vigilant, more sensitive.”

With the increasing impact that Social Media has on our lives these days, handling a group of 28000+ members comes with its own challenges. Tanu Shree says she doesn’t take online life very seriously. “That makes dealing with the ups and downs fairly easy. So the only adverse effect it has had is the time management it requires. On the progressive side, I think it has opened up a world of books for every one of us who is a part of the group! And the cherry on the top are the personal messages thanking the group being of help in raising readers. Those make all the brickbats worth it.”

Her online life is not devoid of accusations. Sometimes the abuse spirals into real life creating unnecessary rifts. Being the optimist that she is, she mostly laughs the accusations off. “A lot of abuse goes unheeded in the ‘Others’ folder”. There are times people simply assume things about her. At other times she tries to clarify, but when the other person is not inclined towards consideration, she just takes the blows and marches.

She recalls the first ever accusation hurled at her where a lady raised some unruly doubts about her “family’s tolerance for her”. This was quite a personal attack that she very charmingly says shook her for about “6.93 seconds”. The most recent accusation was that she had built the groups to promote her own book, completely ignoring the fact that the group was 2 yrs old and her book released just recently. She says, “The quarters the accusation came from was unexpected. So that hurt. A bit more than last time. Say around 9.21 seconds”.

She also speaks about an incident where a lady thrown out for being rude despite being warned, was her son’s friend’s mum, and how that resulted in some ugly scene between both the boys where one boy yelled and the other kicked. At such times, she wonders if adults aren’t adult enough to draw a line between online and offline lives. She also wonders as to how anyone can involve their kids in their squabbles. There are also times when she reads critical stuff about her groups on other people’s walls by members she trusted and helped, and other times she feels used just for the sake of promotion of books.

Many times she is thrown phrases like ‘killer of freedom of expression’, and when asked she says candidly, “Freedom of expression, and feminism – these two words are being redefined in the virtual space to suit the screams of people who are too full of themselves. Freedom at the cost of others is oppressive. There is this constant urge to have the last right word. And anyone opposing this behavior is a dictator and a murderer of freedom. People should start understanding the responsibility that freedom brings with it.”

She is completely mindful of being the new author on the block and her writing keeps her engrossed and happy. Being an author and a positive psychology professor has changed nothing about her as a person or as the queen-bee of her online venture. It has only given more perspectives for her to ponder upon. Nothing deters her and with her focus intact she continues to spread love for reading.

Contrary to popular belief, she says reading is certainly not dying. If anything, it is thriving with around 2500 member requests pending and about 100 getting added each day. She says, “the positives of having the groups outweigh the negatives with tremendous margins and on a personal front she has met some truly wonderful people thanks to the groups! Looking at little raccoons falling in love with books is a wonderful feeling.”

The fact that the group has started meeting outside the virtual zone forming reading groups overwhelms her and she is hopeful that she would continue spreading the simple joy of reading, in whatever small way possible. Despite the fragile egos and self-doubt threatening to make the space venomous, Tanu Shree Singh manages to weed out the poison every day with chin straight on and a focus stronger than before.

Keep Calm And Mommy On – A Sparkling Debut Of India’s Parenting Bible! [#BookReview]

This Children’s Day, 5 Moms Making Our Parenting Journeys So Much Easier!