How To Avoid Unnecessary Misunderstandings At Work & Be Your Calmest Self

Misunderstandings at work are often a result of assumptions made by one person or another. Here’s how to avoid unnecessary misunderstanding at work.

Misunderstanding, once it takes a place in your life, creates a number of problems between persons and results in endless grudges between people. When this happens, each person thinks himself/herself correct at that particular moment while arguing and somehow, the dialogues comes to a halt, depending on person’s maturity level.

Misunderstandings should be solved as soon as possible to avoid the stress which they create between people. It adds to internal stress and encourages and drives an negativity further into one’s senses.

It is an indeed better to think practically and looks at ways of resolving the situation before it reaches a dead end. People often make wrong choices when in the throes of a misunderstanding, as if their common sense has been parked away. A practical and an analytical thinker is one who can avoid turning what is a mere misunderstanding into an enormous cycle of never ending arguments.

Why do misunderstandings at work happen?

Misunderstandings happen among otherwise sensible people sometimes if one person isn’t in a good mood to give replies – this could easily effect an ongoing conversation between the two and the next person receiving messages could easily take the meaning inappropriately, in the wrong sense.

It is very important to consider the way in which you talk or convey your message to another person; if not conveyed in the right manner, it could even divert the issue from the original topic on which the talk was going on. Do make a conscious assessment of the situation and the people with whom you are communicating, so that what you offer is not an an unexpected response.

Another reason is inappropriate assumptions behind the conversations or the situations, especially if another person takes some time to give his/her reply. The already set criteria or pre-existing notions in your mind would lead you towards wrong interpretations. If you try to understand what the next person is trying to convey rather than remaining in your emotional den, then you are less likely to misunderstand their meaning.

How to avoid misunderstandings with others

Here are some proficient ways to avoid misunderstandings with others :

‘Misunderstanding’ or getting into this kind of situation is normal in today’s time, but what keeps us going is our perseverance to be an understanding and calm person, to focus on creating the most harmonious conversation and keeping the flow of communication alive in the most bias-free way. 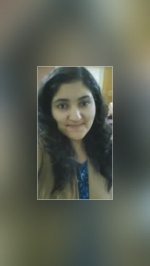 Of The The Bittersweet Flavours Of Long Distance Relationships…

Is It Ideal To Never Fight In Front Of The Kids?