Now she wouldn't have to worry about her creepy stalker. He would never dare do something with this other guy around. She smiled cheerfully at the man in the suit and then she gasped. 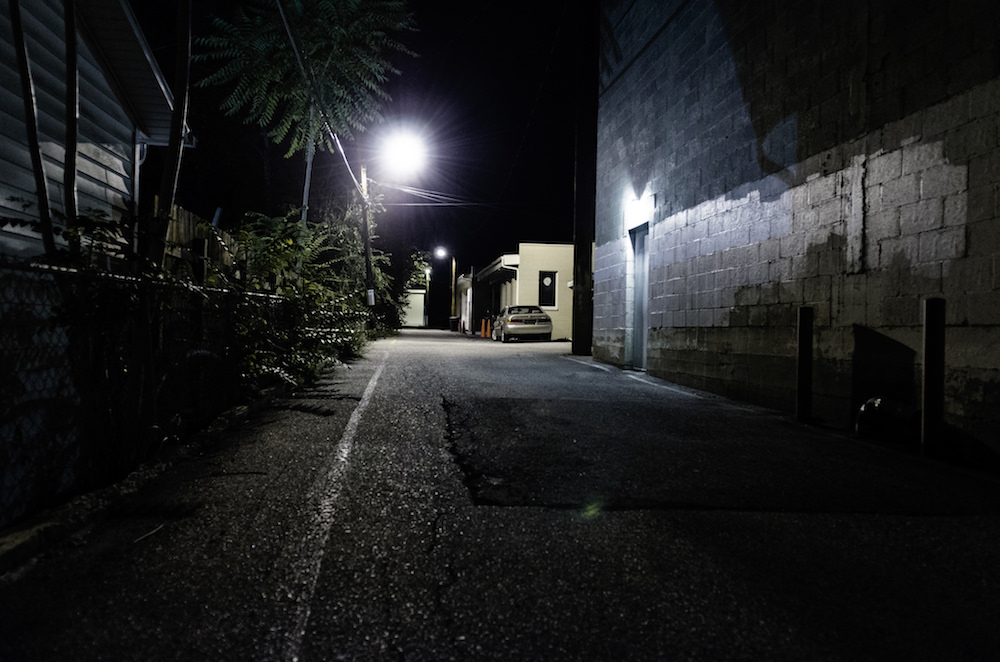 Now she wouldn’t have to worry about her creepy stalker. He would never dare do something with this other guy around. She smiled cheerfully at the man in the suit and then she gasped.

Radhika was nervous. She never should have demanded that the driver take her through the small alleyways so late at night.

But the highway was so badly jammed. Bumper to bumper stalled traffic choked the city’s main artery for miles. It would have taken her hours to get home. Weaving through the small lanes, some of which were barely wide enough for a single car, had got her close to home in 30 minutes. So close…

But just as they were winding through one of the city’s major slum areas there was a sudden bang, like a gun shot and the car came to a stand still. “Sorry madam, tyre puncture hogya.” The driver said. Radhika heaved a sigh of relief. Okay so it wasn’t a gun. She paid the taxi driver and decided to walk.

It was only a 15 minute brisk walk and it would not be easy to get a taxi, or even an auto here at this time of the night. As Radhika walked on, she suddenly realised how alien her surroundings were. She had driven through here several times in daylight but that was when the market was open with crowds of people around. Right now it was quiet with dim lighting and a few random people loitering, mostly middle aged men, and a few youngsters she would have called riff raff.

She looked around and people were staring at her. In her crisply ironed white shirt and tight-fitting grey pant suit, she was quite out of place. One of the teenage boys wolf whistled. She wished she hadn’t worn her favourite dangling ruby earrings. What was she thinking taking this road so late at night? Everyone around her seemed so sinister.

She tried to keep calm as she hurried along and then she suddenly had the eerie feeling she was being followed. She looked back and saw a dark haired man with a lush moustache, shirtless and wearing a green and white checked lungi. He did not seem to be the least bit concerned that she had noticed him. He continued to follow her every move. Scared, she quickened her pace. He matched her step for step keeping a distance of a few feet.

Why is he following me? Does he want to rob me? I don’t care about my stuff. I hope he doesn’t hurt me. What if he rapes me? I have to get out of this area. How could I have been so stupid to take a risk like this just to save an hour? Radhika cursed herself.

She prayed to be out of there safely. Thankfully the man did not seem to be closing in on her. In a few hundred yards she would be out of this awful, dangerous place.

Just as soon as she exited the slum area, and was almost on the main road again, she saw a man in a blue suit and a pinstriped shirt. He looked like an office going man. He seemed to be heading for the McDonald’s a few blocks away.

The man from the slum was still following her. So she approached the man in the suit and struck up a conversation with him. As they walked a few paces ahead, for a short stretch, the road seemed more desolate than ever. Radhika was relieved, she had found this man. Now she wouldn’t have to worry about her creepy stalker. He would never dare do something with this other guy around. She smiled cheerfully at the man in the suit and then she gasped.

Suddenly she felt him groping her. He covered her mouth to muffle her screams and slammed her against the roadside parapet. She fell and hit her elbow on the parapet. It was bleeding. Radhika scrambled to get up, but faltered when but she noticed pure evil in those pitiless eyes. How had she missed it before? She begged him to let her go but a mirthless cold laugh was the only reply she got. Then suddenly he collapsed.

Behind him was her stalker, the shirtless man in the lungi. He helped her to her feet, and escorted her to the gated society behind the McDonald’s.

As they approached the gates the society watchman walked up to Radhika and asked “Madam, is this man bothering you?”

“No Ramesh Bhai. I am fine.” She said and waved him away. But Ramesh continued to to eye the man in the lungi with suspicion. By the time Radhika turned, the man had already started walking away. Radhika called after him. He stopped.

Radhika thanked him but could not meet his eyes. “Were you watching out for me?” She asked, her voice breaking.

“Yes. I almost left when you chatted with the man because I thought he was a friend you recognised. But then I remembered I had seen him once before. And that time I was too late to help.” He walked away without another word.