For All The Behuda Bibis Dormant Inside Us, It’s Time To Scream ‘Victory’ And Rejoice!

Why should boys have all the fun? Watch this hilarious Behuda Bibi video and get ready for Lipstick Under My Burkha! 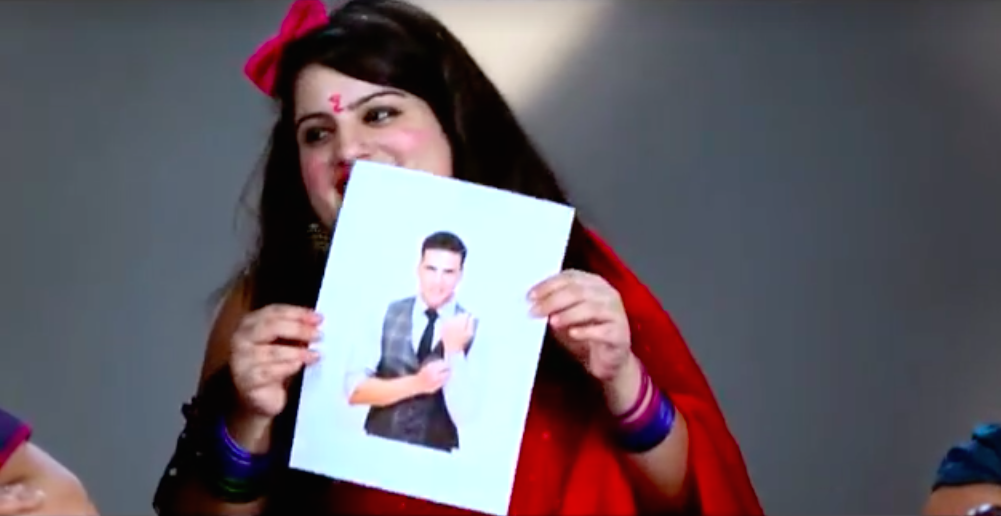 Why should boys have all the fun? Watch this hilarious Behuda Bibi video and get ready for Lipstick Under My Burkha!

I happened to stumble upon this hilariously cheeky video of Behuda Bibi’s stock of hot men in the Lipstick Under My Burkha Facebook and Twitter page. As I laughed to my heart’s content at the atrociousness of the female actors in the video, it took me to another time in the past.

The video reminded me of my high school and college days especially. I remember as school-girls, we huddled in groups and murmured all the raunchy non-veg jokes we heard or read somewhere and laughed mischievously in-between the class breaks. I remember similar naughty conversations like these with my girl-friends during college days especially over male actors. Hrithik Roshan was the heartthrob sensation in those days. So, it was very refreshing to see a video like this surface mainstream.

I really don’t care about the content of the movie. I might agree or completely disagree with the premise of the movie. But, one thing that I firmly believe is that this movie cannot be banned under any constitutional right.

We have so many raunchy films and songs made from the male perspective of this kind and nobody bats an eyelid. And mind you, most of them are beyond any logical sense. Picturize songs like Meri pant bhi sexy, meri shirt bhi sexy, meri baal phi sexy, yeh rumaal bhi sexy hai which could very well have been the inspiration for Rahul Gandhi’s ‘Politics lies in my shirt and pants’ comment. Ha-Ha!

There are dozens and scores of movies like Pyaar Ka Punchnama where men and women are portrayed in stark black and white caricatures. Women in the movie, (barring mothers of course) were portrayed as man-eating gold-diggers while men were naive and sincere human beings. However myopic and sexist the movie’s overall vision was, I still had a good laugh as it had some funny performances from the cast. Songs like Gandi Baat get passed without any censor board objection because they clearly understand and even justify the male gaze, expectation and desire.

But what about the rest 50% of the population? Who represents us? Sadly, there are no real women portrayals in movies anymore. Even if they are, they come under the Censor Board radar and eventually get mercilessly chopped or banned altogether.

Why is a Sunny Leone’s Baby Dolly catering to the male lust okay but a Lipstick Under My Burkha catering to the female lust not okay? When can we have perfectly nonsensical raunchy movies made from the female perspective and the Censor Board and Society is not just fair but also cool about it?

While there are biological differences between men and women, aren’t both the genders similarly born with genital organs and have sexual feelings? Why is it okay for men to be raunchy but when it comes to women, Society gets judgemental about it? Why?

Seriously for me, I don’t care about agreeing with the movie Lipstick Under My Burkha as with many other movies that are made from the male perspective. For all you know, it might just be another raunchy trash in content. But, if I am entertained and the movie is well-made, that’s all that matters to me as a viewer. And if Lipstick under my Burkha is indeed a clever movie and manages to break gender stereotypes, extra brownie points for it.

From the promos of the movie like this Behuda Bibi’s stock of hot men video, here’s my take: The acting seems topnotch with a star cast like Ratna Pathak, Konkana Sen, Mallika Dua and the likes. The movie seems to be a hilarious watch. Will it have more meat to hold onto to its bone? I will have to wait till I watch the movie to make a clear solid judgement.

For now, let us all scream ‘Victory’and rejoice that this movie is finally going to see the light at the end of this dark tunnel!