A Tale Of Those 15 Minutes [#ShortStory]

To all those women who have facial hair and know exactly which 15 minutes I'm talking about. 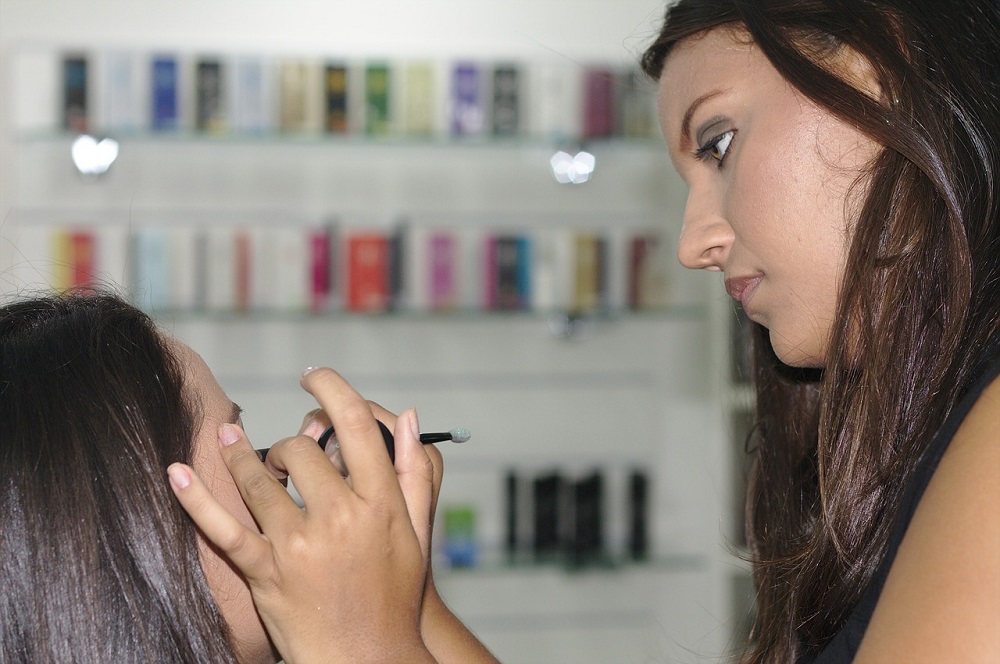 To all those women who have facial hair and know exactly which 15 minutes I’m talking about.

Being a girl is no less than a mammoth of a task. There are certain things you need, certain places you need to go to, a certain way you need to be and of course, sit like a lady.

Every girl’s holy pilgrimage is a satisfactory beauty parlour at a reasonable distance from her house; hence this girl was here too, just last Tuesday. Duty calls you see, meeting a friend the next day with a moustache on your face doesn’t really up your self-confidence.

Oh, I’m all against the patriarchal conditioning about women being told to get rid of hair in places that the society doesn’t see fit. But sometimes, a girl needs to hold her head high and feel wonderfully confident about it (yes that was a Game of Thrones reference, congratulations dear reader!). And if that requires hair being plucked out of your face for 15 minutes then so be it.

The parlour is run by Seema Didi. The girl doesn’t really know anything about her but she just knows that she talks a lot, a lot and that generally entails to a lot of awkward nods and tight smiles from the side of people like this girl. So, she’s waiting for her turn to come.

You see, it’s not a big parlour. Just one room filled up to brim with the regular paraphernalia. Two professional looking chairs, a big wall-high shelf filled with the magical powders and lotions and creams and a cauldron full of god-knows-what’s-legs-and-eyes to make women look pretty. And of course, a waiting bench to sit. There the girl sat patiently waiting for the completely foreign lady to start fussing over her skin, her hair and her eyebrows.

Finally the aunty prior to her was done. The girl was summoned to the chair and asked what she wanted. “Well, I want a lot of things but for now, please make all the extra hair go away, thanks!” the girl mused only saying out loud the latter, and necessary, half.

Halfway through the right eyebrow, a child comes in. He’s apparently Seema didi’s son. The girl wonders with her eyes shut and trying her best not to frown and ruin her eyebrows. The kid is very excited and tells his mother that the fountain pen that he wanted wasn’t for forty but twenty rupees, the Chauhan stationery said so, he swears by the gods. His mother pacifies him and tells him that he will get the pen if he behaves like a good boy and studies hard from the next session. She asks him for a promise and the kid, Chand as he is called, without missing a beat pacifies his mother back with a “han han, padh lunga”.

Then in his eagerness he hops around a bit. The girl can only tell because she can hear his mother telling him to go home, which is just across the street. She knows that because she saw the lady getting out of there, but in all probability, she cannot be sure. Then the kid settles down and gets down to business.

He asks his mother to give him twenty rupees. He wants the precious fountain pen, right now. She admonishes him and tells him to finish his newly bought gel pen and then she’ll think about buying him the pen he so desperately wants.

Now all the Indian kids dread the phrase ‘dekhte hain’ because they know that just means a painfully delayed refusal. In the girl’s opinion, it is plain cruel to get the kid’s hopes fly and then let him fall from a high place. Alas, she is sitting on a chair under a woman who has complete control over the girl’s face and it is not an appealing position to make her opinion known, not that she feels any compulsion to do so.

Ah, joy! Eyebrows done! But now comes the worst part. Getting your upper lip done is a horror which a considerable percentage of the female population goes through twice a month, mostly. It’s as if she relishes plucking out each hair from the face. The girl screams silently inside for at least five more minutes. The kid tries a little harder to get that fountain pen. Both trying to achieve something without having to go through the struggle.

The mother resists his efforts and the kid then throws his arms up and muttering about how he will leak the pen if he has to get a new one, while trying to get out of the door before the mother is outraged and gives him an earful. The girl however, is impressed and slightly shocked by the attitude of ‘aaj kal ke bacche’. I should probably mention at this point that the girl is not very fond of (read: loathes) kids.

Voila! There, done. The girl feels a sense of victory and the very long fifteen minutes are over. She admires herself a bit more in the mirror, pays and leaves with a spring in her step, wind in her (wanted) hair, thinking about the kid and the door which looked at her with a smirk as she left.