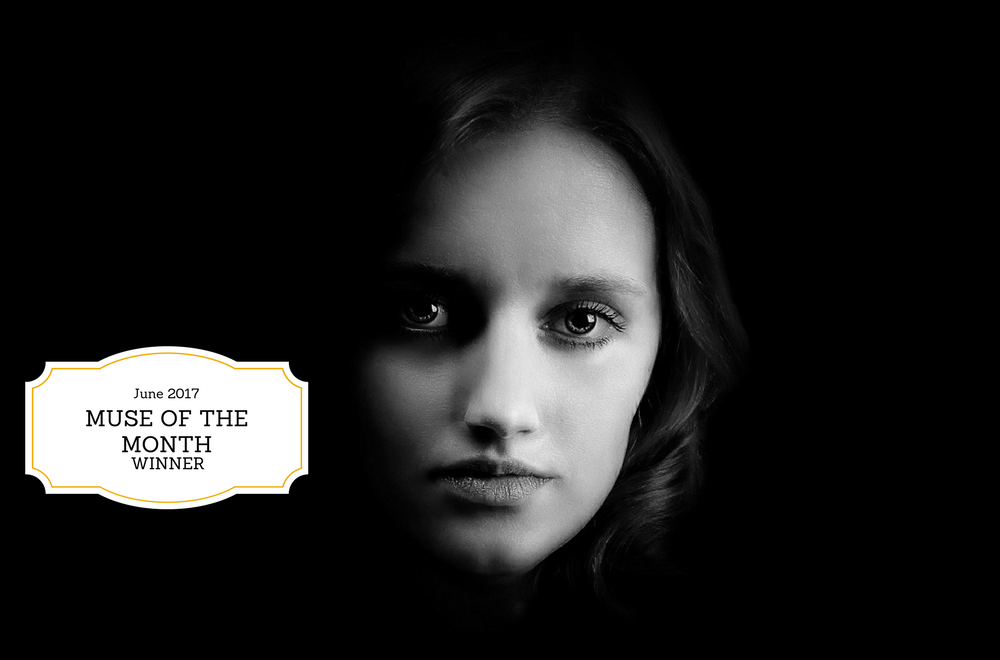 Sometimes people discover it late in life like you did. Also in our case it’s not just about physical pleasure it’s about the emotional connect we share that transcends everything else.

Here is the fifth winner of our June 2017 Muse of the Month contest, Akshata Ram.

Kyra tossed and turned in bed. Sleep eluded her. How would she confront Rishabh? What would she tell him? The thought sent a shiver down her spine. She had betrayed him and that too by having a sexual encounter with a woman.

Was she a homosexual? Something which she never knew but thinking of last night that she spent in Maya’s loving arms, the thrill, gratification and happiness she felt seemed to tell her that she had enjoyed it, every bit of it.

Was this the reason that she couldn’t enjoy sex with her husband of 10 years and had this led to deterioration of their relationship? Was this the reason that he had strayed from their marriage and found solace in the arms of other women? Perhaps she was to blame. For she was homosexual and the acts of love which she thought she was indulging in with Rishabh was actually not something that she enjoyed, she just did it mechanically. Yes she was responsible for this mess.

The throbbing head ache wouldn’t allow her to sleep, she woke up and took a tablet. A steaming cup of coffee would probably help soothe her. She made one and sat in the balcony. It was 2am. As the rest of the world slept, her tormented mind took her through flashes of the past 10 years.

Rishabh and she were college sweethearts, they tied the knot after completing their studies and it seemed like it was the beginning of a fairytale life. Each was ambitious about their job, they loved travelling and entertaining guests.

This fairytale life existed for 5 years and after that the descent began. A marriage needs effort, the magic doesn’t last forever unless you work on creating and recreating it. They were done with those dovey magical days, the daily drudgery of a married couple was now a part of their life. Neither made a conscious effort to kill that monotony and slowly they started drawing apart.

Rishabh had spent longer hours at work, at times he would come home the next day. Out station business trips had become more frequent and there was this air of secrecy he maintained at home, talking on the phone in hushed whispers and changing the passcode of his laptop.

Kyra was no fool, she had her own ways to confirm her doubts. She slyly watched him unlock his passcode a few times and on day when he was busy chatting with a friend who was visiting she checked his phone. It stung her heart to see the love messages and pictures with a young chick as she pouted her lips and he held her waist, all smiles. She did not confront him.

As long as it made him happy, and he stayed away from home for longer periods giving her the much needed solitude, she was fine with it. She kept checking his phone and her hatred towards him grew. Here was an altogether different Rishabh, not the one she had fallen in love with. He seemed to be a playboy who kept changing his girlfriends like the ties he wore daily.

They put up the prefect pretence in front of the world, entertaining guests and posting pics as a couple continued but each knew the truth of their relationship.

Kyra focused on her job which gave her immense satisfaction.

Maya was the new Senior VP who had joined their company. She was an Indian but had lived in UK for a major part of her life. A mystique aura surrounded her. She was single. A powerful lady boss who knew what she wanted- gave enough fodder to the gossip mongers. Various stories were doing the rounds some calling her a divorcee and others saying that her live in boyfriend found her too bossy and had dumped her for someone else.

Maya and Kyra got along well, they worked on a project and the boss was impressed by Kyra’s dedication and ability to deliver results. A bond of friendship had slowly started to form between the 2. Kyra shared about her bitter relationship with her husband. Maya was always empathetic but silent and on guard when talking about her personal life. She spoke of her parents, her brother and friends, life in London and her hobby of horse riding but never of her partner. Kyra never prodded and respected her privacy.

With time their affection towards each other grew and they spent more and more time together. Kyra felt some kind of a karmic connection, something much beyond sisterhood or friendship, but she couldn’t really define what she felt in words or give it a name…

That fateful night, the memory of which was etched so vividly in Kyra’s mind came all of a sudden. It was an official offsite in Goa. After a heady night of dance, more than usual pegs of whisky and shots and some mouthwatering kebabs, they all retired to their rooms. Kyra and Maya were sitting chatting in Maya’s room. Was it the excess of alcohol she had or the constant fights with Rishabh which she wanted to vent once again, she wasn’t sure but she burst into tears and hugged Maya. Maya stroked her back gently to calm her down. After a few minutes she was quiet but Maya continued stroking her back and she dint stop her, it felt good.

Maya then gently turned her face towards her and kissed her. To her surprise she did not feel anything dirty about it. It only felt so natural and full of love. She reciprocated. That night was not just about two bodies who were satiating their lust but about two souls united in love.

She woke up the next morning with a headache and on recounting last night’s events and seeing Maya by her side naked, fled the room.

Since that day she had been crying incessantly, she refused to take any calls and had shut herself up in her home. Rishabh was busy with his usual outstation business trips and she was glad about it. She couldn’t bear to face him and tell him what she had done.

As she sat in the balcony staring into nothing, not knowing the way forward, her phone beeped. It was an email. She saw the sender’s name- it was a mail from the private account of Maya.

With shaking hands she opened the mail.

I can only imagine the confusion and pain you are going through. As much as I wish to be with you and try and reason out, hear you vent I cannot as you won’t let me do it. Last night was truly beautiful not just for me, I could see the pleasure and love in your eyes too. You can lie to others but not yourself Kyra.

I know the turmoil you must be going through- after having a sexual encounter with a woman, this is something you have never done and it’s perfectly ok to have these feelings. I just wanted you to read a few things about bi sexuality – it’s all researched papers and not written by me. It’s absolutely normal to be bi sexual that is enjoy sexual attraction with both the genders. Sometimes people discover it late in life like you did. Also in our case it’s not just about physical pleasure it’s about the emotional connect we share that transcends everything else.

I am a homosexual. I know the mentality of people around and also the legal issues here hence I decided to maintain silence about this. I do not want you to feel guilty about doing something that you enjoyed and that made you feel good, it’s not a sin.

I would request you to please go through these document links and think things over with a cool mind, if you do not want us to continue with this relationship, we shall be strictly professional.

One more thing -if it’s your fear about confronting Rishabh that’s tormenting you, that’s something you need to get over. It’s funny that in India you can watch sex, have sex but talking about it is a taboo. And that too telling your husband you had sex with someone else and that someone was a woman and you enjoyed it is blasphemy. Society’s sense of honor is really skewed and unbelievable.

Look forward to hearing from you.

She read the mail 3 times and the last few lines made her smile. She spent the next few hours going through the links Maya had sent her, she also googled for more information to corroborate the things she was reading.

As the clock struck 7 am and the maid rang the doorbell, she went to open it with a smile. “Good morning madam you look really happy” she said.

Kyra no longer felt guilt, remorse, fear, she knew what she wanted more clearly than she ever had in her life. With renewed vigor she picked up the phone to make one of the most important calls of her life.

Akshata Ram wins a Rs 250 Amazon voucher, as well as a chance to be picked one among the top winners at the end of 2017. Congratulations!