A Wake-Up Call – What Was I Doing To Ensure My Physical Fitness In Old Age?

Work, home – women can get so caught up in everyday life that we do not prioritize working towards fitness in old age. A personal account.

On one Saturday evening, I got home after running some mundane errands. At the end of the corridor, I noticed a lady in her early 60s. She was clad in a nice simple cotton saree and wore a big maroon bindi that I couldn’t miss 100m away. Her traditional diamond stud shone beautifully in the filtered orange sunlight. About 5 feet away stood her grandson, squatting eagerly and all set to pounce. There was palpable tension in the air, it was much like in those cowboy movies when the villain is just about to pull the trigger at the hero. My hand was at the doorknob, but this intriguing sight held me there; I stood still and watched with rapt attention.

The lady lifted her saree a few inches, revealing her sneakers and kicked in full vigor. “Goal!” she shouted as the ball rolled past her grandson. I chuckled as I realized the reason behind the tension and finally let myself in.

The game went on for the next half an hour or more, with alternating shrill voices celebrating success every few minutes. Charming as the scene was, the image that kept coming back to me was not that of her bindi nor her diamond stud nor the elegant print on her saree, but it was the sneakers that she had oddly paired with the attire. The lady in her early or mid-60s, could battle a game of football for a good part of an hour with a kid who was probably a tenth of her age!  I couldn’t help but ask myself if I had that kind of stamina and fitness now, at 35 – I hung my head in shame.

I took a closer look at myself and here is what I got. My foot had collected some moss and there a few mushrooms shooting out between the toes. My joints creaked like the hinges of an old and unused door. I literally felt that my body was obliterated by cobwebs.

With every passing year, I seem to have aged like a tree – adding rings to my trunk. All it took was to periodically replace the clothes and life was good again. So it was not about where I had reached in terms of my vanity, but it was where I was heading to, as a person. It suddenly dawned on me as to how rusty my high paying job and my much coveted lifestyle has made me.

As a kid and as a teenager, fun and play was my lifestyle. But somewhere down the lane, I mindlessly started trying to get more intelligent, get better scores at school, get better ratings at work. The ‘mind’ somehow seems to have taken a higher priority over my body or maybe that’s how things work in a rat-race.

It is elementary science that it is the skeletal muscles that enable every voluntary movement of ours and that these are voluntary muscles. Or in other words, God has played a dirty trick on us – these muscles enable our movement and we need to enable their movement by voluntarily wanting it to. The circle goes on. As I started focusing on understanding the way the electrons work, sadly I seem to have lost track of how my body works. I had to move these muscles voluntarily now, so that one day, when I want to move them, they would still be able to.

Getting to think of it, what I was doing wasn’t smart. I had to mend my ways and also focus on my body and my fitness. Else one day I would be a rich grandmother spending all her time and money at the hospital and not the fun grandmother, like my neighbour, challenging a little boy. I clearly want the latter! 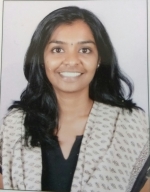 An international triathlon champion, an accomplished singer, a critically acclaimed author, a gifted painter, a

When I Came To Know Of That Homeless Woman’s Story, I Wished I Could Have Done More…