Kaatru Veliyidai, Mani Ratnam's latest movie offering, explores an abusive relationship with a problematic hero, and yet, one where the woman emerges a winner. 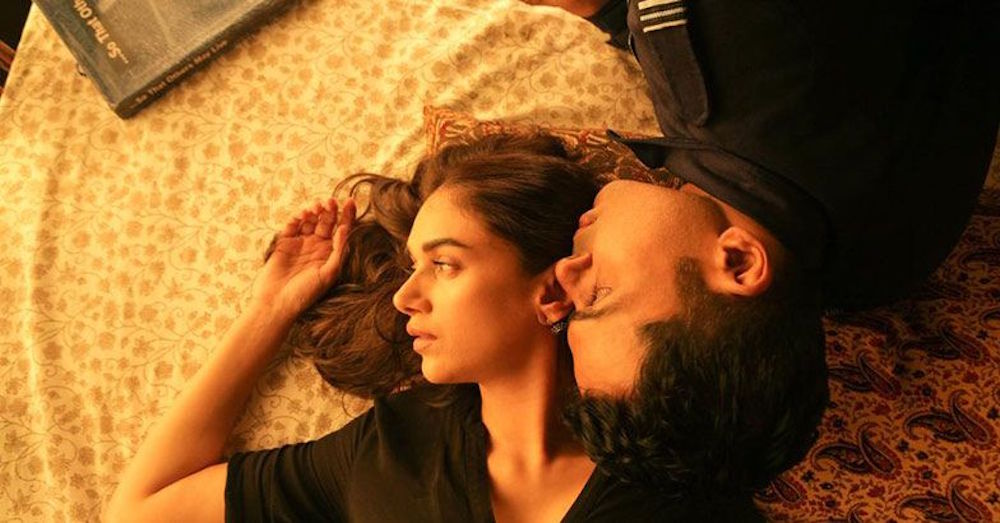 Kaatru Veliyidai, Mani Ratnam’s latest movie offering, explores an abusive relationship with a problematic hero, and yet, one where the woman emerges a winner.

Indian cinema has never been very kind to the representation of women. And so, a movie like Queen roared through our collective consciousness despite its flaws and clichés. Mani Ratnam, however, has largely been an exception all through the years, moving away from the norm, and crafting female characters reeking with personality. After all, his first film, Pallavi Anu Pallavi featured a young, committed man, incidentally played by future Hindi superstar Anil Kapoor, falling in love with an older woman separated from her husband. Mind you, this was in 1983!

Since then, it has been a remarkable list of women that have graced the celluloid, my favourites being Revathi’s character from Mouna Ragam and Manisha Koirala’s character from Dil Se. And so when his 25th film was announced, expectations were naturally high among fans and non-fans alike. As for me, I had been specifically excited by the casting of Karthi (as VC) and Aditi Rao Hydari (as Leela). This is not a pairing you would see in a conventional Bollywood or Tamil movie. Then Kaatru Veliyidai released and left everyone utterly surprised and utterly divided. A less than likeable VC and his relationship with an extremely likable Leela, and what passes between them isn’t the kind of stuff that we often see in our cinema.

The story never spells out abuse and yet it is in your face – the way VC smilingly mentions about wanting his woman to only look pretty and have children. She is not entitled to express opinions on matters of national security where his word is to be the last word. He may be joking or he maybe not. That is besides the point, considering we by default hold him responsible for saying such politically incorrect things. So he is a jerk. It is painfully obvious.

But then, what about Leela? She is hurt, she is shocked, disappointed. We expect her to break it off with a man like this before it is too late. Today he has twisted her arm, tomorrow he might break it altogether. She walks away much like we would expect her to. She is sad, for she loves the man, had wanted to fall in love with him ever since she had been a schoolgirl. And VC lives on while her brother is dead (VC was meant to be on that flying sortie in the IAF, but exchanged places with Leela’s brother Ravi). She doesn’t hold him guilty for her loss. Instead, it binds her to him in a manner only she can understand. Her emotional investment in him is huge, and the thought of how this serendipity has finally exposed itself can crush the heart of even the most romantic woman.

VC shows up at her door step, dripping with emotion, confessing his love to her, saying things like “You are all I have, please don’t leave me.” Again, VC may be serious when he says this, but not serious enough; but to Leela, this seems enough at that moment. She has a glimpse of the deep connection she wanted with this man. She accepts his declaration of love, even if she is not entirely certain that she has forgotten everything that passed between them earlier. At that moment, she chooses him over her uncertainty.

She goes with him to his quarters where VC yet again and unknowingly puts her in a spot, claiming her as a prized trophy in front of his colleagues who silently watch in shock. Leela may feel humiliated, and yet she cannot deny the fact that she is in love with him too, and so in a quiet moment that is beautifully shot, she admits the same to VC who is naturally delighted, possibly brimming with a quiet smugness that is waiting to erupt in front of an audience. Yet again, Leela chooses him over more uncertainty, because maybe she wants to experience this connection, this intimacy that she may never experience with another man again.

But when she finally gets pregnant and tells an uncertain VC that “He is all she needs”, she makes one final choice. This time, she wants it her way. She decides to walk out of his life, refusing to give in to his declarations of love, even if she is seemingly convinced by them. Your attention shifts to VC now, at the pathetic figure he cuts as he tells her that he will come looking for her, no matter where she goes. But this time, she has had enough.

Even with teary eyes, she drives away, stopping only briefly to have a last glance at him. Something tells us she will be alright. She has finally gotten over the long cycle of serendipitous affection and love she felt for VC, even if she may perennially continue to be ‘in love’ with him. Even if VC never comes back to her (he eventually does reach her, even if it is she who ‘finds’ him), you know she will be alright, and entirely on the power of her own thought and clarity. She follows her passion of service, is a wonderful single parent to her daughter from the same VC. When VC comes back to her, she is ready to give him another chance. I would celebrate a woman like this, with the man or without the man. Something tells me I can add her to the long list of illustrious Mani Ratnam heroines.