Inside Story: “Why Did You Leave Your Job?” #MomShaming

"Why did you leave your job?" The dismissiveness that accompanies this question to mothers who choose to leave paid work is disheartening. 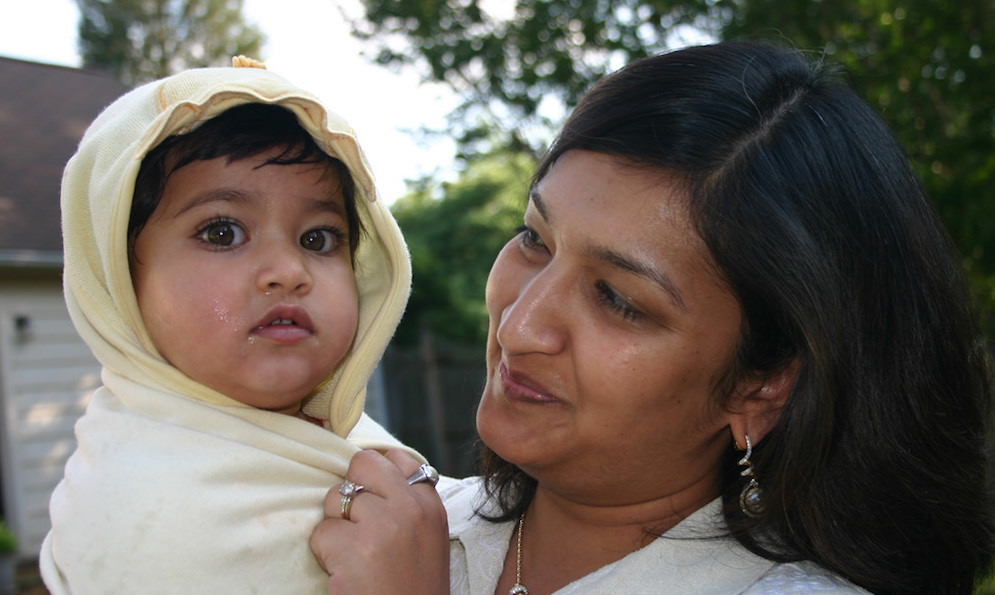 “Why did you leave your job?” The dismissiveness that accompanies this question to mothers who choose to leave paid work is disheartening.

Judgment. We all do it somehow and we all come under the radar. No matter how hard you tell yourself that you won’t be affected by it, you are!

My first company selected me when I was 22 years old. It was a gold mine offer for someone who had slaved throughout her academic cycle to make it to the next class. Being selected along with the cream of our MBA college placed an invisible tiara on my head. That first salary got good green papers in my bank account, and in the next three years they increased multifold. Then came the biggest decision of my life – I got myself married to my better half, who by the way, belongs to a different faith.

I was questioned for my decision by several people for the usual reason – are you sure you want to marry him? But then I was also questioned for something which felt unusual, or was the least of my concerns at that hour.

“Saumya, it’s a great job and they pay you well . You sure you wanna quit?” asked my very good friend Archana.

She could not believe I was quitting my job to marry and move to another city and I could not believe she had that question in her head. I was finally going to marry someone I was with for 8 years then, and I knew that my happiness lay there. The job was not something that made me one tenth as happy or satisfied.

I got married and quit, and moved to Hyderabad and then to the USA. For the next two years, I was a homemaker and then we moved to London. Unlike the USA, I had a working visa in England and I could look for a job, if not get one. After attending interviews for a week, I was hired by a London based technology company on a contract for four months. It was a fun filled stint, where I learnt and they paid in pounds, which helped me pay for our trips to Belgium and the Netherlands. More than providing me with great pay, this placement offered me a morale boost. When you take a good break from work, your self-esteem and confidence go for a toss. You are out of touch with the corporate world, and that is, at times, a deal breaker.

As the contract ended, I did an internship with a startup who was looking into a new domestic energy storage proposition. Whilst doing so, I started interviewing with a consulting firm in Hyderabad as we were supposed to move back to the Nizam’s city. I came to India with a job in hand and continued with it till I delivered Mysha. I went to work till July 09, 2014 and from the very next day at 8:43 AM, I became a full-day provider and umbrella for Mysha. She is till date the most complex project I have delivered and she hardly gives me easy deadlines.

Leaving my job just came naturally to me, after six months of my maternity leave. Neither of the two set of parents were staying with us, and I wanted to raise my daughter with the best company she could get. So with Mysha, I gave birth to a stay at home mother (SAHM).

But why did you quit your job?

It’s been two and a half years and I am still raising my girl. In this period I have evolved, sustained myself, and learnt a lot. Raising a human being is what being human is about. The whole process is a challenge, which makes one scared, and vulnerable, but one learns. I am blessed to be a part of her growing up, to be available for every call of hers. Yes, it is frustrating, challenging, taxing and infuriating and even drives you over the edge at times, but then who told you that raising a child will come easy?

Even though I have a blessed, happy marriage, run a successful home, am a good mother, yet every now and then a question comes my way – “Why did you leave your job?”

At the time of getting married, I left work to focus on my married life. I wanted to work on my relationship and now am in the eighth year of a blissful inter-faith marriage. After having a child the question, “Why did you leave your job” sounds more bizarre as the answer, though as simple as “I left work to take care of my girl”, cannot be understood by many, even after my explaining it to them so.

Yes, there are many women who handle both work and home. I have respect for them and their decision, but then, why is a mother questioned when she quits work, by choice? A female knows herself and her home dynamics the best. You can strike a balance between work and the upbringing of a child, you can focus on work more and raise a child with the help of a nanny/daycare/other suited options, or you can completely focus your time and energy on raising your child. While there is no denying that the first two options are great, so is the third one – the most conventional one.

My husband and I have the simple understanding of dividing work and giving it 100%, rather than each taking a portion of all chores. The reason he does well at work is because I am here to look after our child and our home. I act as a backend support so that he puts his best foot forward, stress free. There are ways to do it but this way works the best for us. As said before, it’s conventional and most suited to us. Probably the reason I don’t feel the itch to join the race of the corporate world is because I have never looked at his career graph as his alone and find happiness in what he attains. I am not in competition with him. I mean how can I be? We are a team – in which he is not he, without me.

Anyone who has acted as a mother, or stayed near one can easily know that the to-do list with a child is endless. At office I at least got a tea break; at home I don’t get a hot sip of tea without my 2 year old’s permission. This choice wasn’t easy and definitely not better than working, but we made it because we wanted to do so at that hour.

The reason a mother keeps working are also many and completely relatable. Some work to keep their career alive as they have worked hard to secure that position. Some work because dual income has become a necessity to run households these days, while for some working is the art of living. Every person has a different baggage and so is their decision their own.

I believe if you are talented and qualified, you will earn a job when you try. When you don’t make it, you try harder. It may be a step down from your preceding profile, but then that’s the choice you make peace with. SAHM or a working one, both have an occupation, just that the definition of occupation if different.

Mom shaming is a shame and comes from every corner, including your own circle. When you are judged for leaving your professional degree and taking care of your child, it hurts. I know it shouldn’t matter but at times it does. You don’t know what her story is and so you don’t have the right to run to conclusions. She can be anyone she wants to be – a professional,  a juggler, an attainer or just a ‘mother’. It’s about choice. Let her make hers and let her live it, without judgement, if you may!

Top image via Flickr, credits to Cohen used for representative purposes only