Losing emails exchanges with my husband since 2002 and later a draft of my book made me realise the importance of having a digital backup.

Losing emails exchanges with my husband since 2002 and later a draft of my book made me realise the importance of having a digital backup.

2002. That’s when most of Shahzeel’s and my story was written! Right from June 2002, we started writing to each other over emails. Emails that ran pages to form an array of emotions. We shared an email even after a phone call or a physical meet in the college.

All that could not be spoken in physical space, was expressed over the virtual space. Those emails encapsulated our time together in the initial phase of knowing each other.

We emailed even after attending the same college

Funny that even after attending the same college, we absorbed and discovered most about each other, and a part of ourselves, through these. We safeguarded those emails over the years. It was our fixed deposit of the time spent together, something which fetched our interest and compounded to a relationship.

Now, as a person, I am super organised with my work. And I love details, in my thought process, my home management, and most of all, my writing. I label, color-code, compartmentalise every product and services, in physical and virtual space. And I am addicted to sticky notes, and I use them often to deliver a one-liner, impactful message.

One of my biggest possession is my letter and greeting card stack. This holds every letter and card that came my way, right from the time I was conceived. And I have made sure they all are sorted based on the sender and time stamp. They are my absolute pleasure stack, something I love to revisit, time and again.

The above paragraph may have told you what written words mean to me, so you can imagine what those childish emails meant to us.

Fast forward to 2013. We were married for four years, and over the years, we kept hopping cities and countries, and so did our data. It went from a floppy to a CD to several laptop hard drives to our personalised external hard drive. And then, one fateful day, as luck may have it, someone somehow cleared the hard drive and poof! The data was LOST! GONE! GAAYAB!

And then, the data was gone…

“Summy! Where are those emails?” he cried.

“I don’t know, I seriously have no idea. Oh. I think we have a copy. Did we not? I don’t know… I don’t,” my repetition of a few words made him realise my regret and denial to accept the reality that it was gone.

After ten seconds of pause, he continued, “I don’t care how you do it. Go back to 2002 if you have to but get me those emails. Write to me again.”

I remember his resentment. His equal obsession with those written moments surfaced. I recollect us falling in disbelief realising that we lost our initial years that were preserved in that data. Over the years, we dusted the bygones, accepted the real, and moved on.

Last lap, August 2020. We have a six-year-old younger version of ourselves (Mysha), and putting up at Melbourne. Yet again, one fateful night, Mysha’s water bottle slid over my laptop, kept on my bedside table, to have a conversation.

And it happened once again! This time, I lost my book!

The next morning, I found the laptop in tears. It wasn’t complaining, just dripping. On further analysis, I came to know that the sipper had banged its side on the laptop, and so the latter CRASHED! The motherboard rescued, but the hard drive succumbed that night. After several futile attempts, I started ‘gadit’ – kya gaya? kya baccha? (What was gone? And what was left?)

“I had my book on this laptop.”

“You do have a copy of it somewhere on the cloud, don’t you?” he looked at me, demanding a logical answer.

“Summy,” he read my eyes and continued, “How stupid are you? You have to back-up every single time.”

He could have passed on more gyaan but terminated at the sight of my wall-banging guilt.

Oh! So, the book, you ask. Yes! There’s a book! A book of mine that made a start three years back, picked, parked, reignited, and the story is ‘my story.’ But as you can imagine, it’s going real slow.

I have said it time and again, I can only pen when I am wrapped with emotions. And I need to feel what I felt at that hour, and it’s not easy to drive two decades back. I got to admit the other, and a more valid reason is – I lack the discipline to pen a book. It’s HARD! PERIOD!

None the less, it’s my 50 pages of blood and words, and working or even sniffing it made me feel alive.

And thus began the process of recollection

So post collecting myself, I recollected what all I could have possibly lost and started fetching copies of data. Once I started, the universe started along, and I was able to collect part of my work from last saved copy on google drive.

I found a chapter I sent over to the husband over Gmail. And a snapshot of a page I sent to a friend over WhatsApp. I still have to assemble to assess cumulative loss as my laptop is still non-functional, but I did adjust to the news.

Very late in my life, I learned the art of patience – to accept what’s thrown at you because you don’t have control over a situation. One should learn to absorb and move on because life is meant to be seen from a bigger lens. But that momentary lapse will hit you, no matter how prepared and patient you are!

The written word loss for a writer is a Brobdingnagian monstrosity. Digging from your past to present it on a paper requires a great deal of homework. Those black alphabets on white paper challenged me to the hilt, and suddenly in a blink, they fizzled! More than the time consumption, even if I recreate my work, the magic touch of that last moment is lost.

And then, yesterday, out of nowhere, I found a pen-drive

Anyhow, yesterday I started from the debris of my shattered scribble, and getting them in a place, collecting, and sorting. And pulling the leftovers from the cloud emails, external hard drives, and a small pen drive which I found in a tiny pocket of my gadget bag.

I scanned the pen drive and found a folder labelled – Education, which carried copies of all the certificates from my school to my Masters. Everything seemed normal until I landed on a hidden folder labeled – ‘Don’t Delete.’

I was reunited with 17-20 year old Saumya as only she believed in those under-cover antics and names. As I unlocked the folder, the folder unraveled my past and flashed it over the screen – the origin of my love story! The chats, the letters, the emails, the whole written world with the date, and the time stamp came alive, seven years after I believed to have lost them.

It took me a moment to register how the universe works. The data that I thought left my corner was always at my corner, disguised but right there, waiting to be fetched.

All this losing and finding definitely taught me two lessons

There’s a time to everything and if it belongs to you, it will find you, even when you aren’t looking for it. Even though the future in form of book is still to come, my past caught up with me, and may I say, it’s exhilarating!

When I read what I wrote at 10:30 PM on July 12, 2002, I laughed! We both were morons back then, who had no idea what world encompassed. But now, almost two decades later, we have somehow drafted a realistic world with the core intact – pagalpan wohi hai, bas junoon ab nahi hai! (The madness is the same, only the passion has changed) 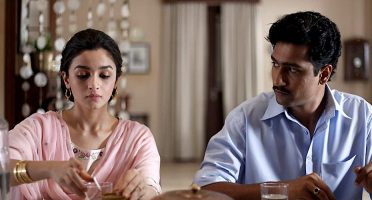 My Struggle With, And Acceptance Of Ramadan, After 10 Yrs With A Believer In Practising Gratitude