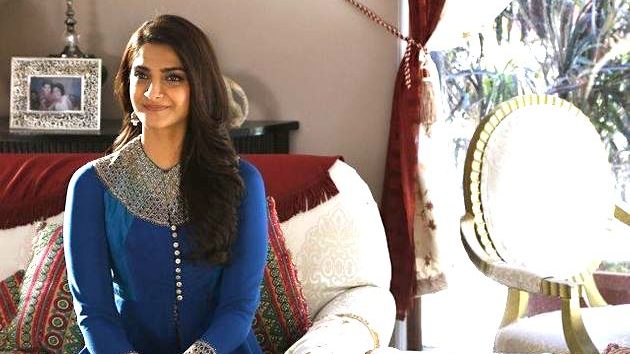 I reminisce about the first meet with my in-laws. The setting was off-beat but there could not be a perfect metaphor for my marriage.

“Just take him to a nice place. Have a civil conversation. He is a nice man, just don’t over speak. Take it casual,” he laid it down in plain terms.

“Will you stop making me nervous? I will handle it,” I asserted.

“Ah. I know you will. But first impressions last. Also, you are dressed in salwaar-kameez na?”

“He knows I wear jeans, right?”

“Of course. But we will slide one thing at a time. Let’s not overwhelm them, no?”

“Summy. We got this,” he comforted me.

“As-salamu alaykum,” a voice caught me from a distance.

I contemplated my next move when I saw them

“Sheikhu, I think they are here. Bye.” I slid my phone in my bag and contemplated my next move.

Should I do the aadaab bit – the traditional respectful response of greeting? Or how about basic Namastey? Let me take the high road and do the Indian thing – I’ll press my hands together and so I did. With a bow of the head and folded hands, I was no less than Ms. India at that hour.

And standing in front of me was a frail man, almost 6 feet, with salt and pepper working for him then. We had been introduced via photographs but that was our first live meet – a tête-à-tête. He smiled as his eyes met mine.

I tried to shrug-off my nervousness as I walked towards him in a pink kurta and white chudidaar. The woman standing behind him demanded courtesy as well, so I folded my hands in her direction as well.

He filled the silence with his chuckles and charm

“Kaha baith saktey hai?” (Where can we sit?) he asked.

As I walked with them and in that short duration to the café, I felt the ease. He was a smooth talker, chuckled often, and even with a slight hunchback, his pace matched my walk.

“Aur beta, kaise ho tum?” (And child, how are you?) He tried filling words in silence.

“Theek hoon Uncle,” (I am fine, uncle) I tried to keep it short.

“Abba. Aaj se Abba kehne ki aadat daalo,” (You can call me abba from now) he smiled and demanded.

That was my first meet with Abba, my father-in-law.

And that was the first time I met my Abba, my father-in-law

I got married to his son in a court nine days before. Shahzeel signed the papers in Delhi and left for Hyderabad and I stayed back in Noida as my last working day happened to be December 16. I was flying out to Hyderabad on the morning of December 20.

And a day before my flight I was asked to prepare for a test – meet the in-laws! As fate may have it, my in-laws came to NCR to meet a ‘rishta’ for my brother-in-law and they thought of meeting me as well.

So the badi bahu found a bada café for Abba and Amma.

As we entered the café, my in-laws were greeted by a cluster of young boys and girls of NCR. While some played guitar in their booth, some laughed their hearts out, some experimented with hookah, and some happily soaked themselves in their beverages. We took a table at the corner and the server quickly came to take an order.

“A cappuccino for me. And..” they caught a look of each-other before saying in unanimous tone, “chai!”

We tried to put our best foot forward

The server took the order and proceeded to do the needful.

I remember the pieces of the conversation. And I remember how I was mindful of what I said. I remember how both the parties projected and placed their best foot forward.

We were glued by a man who was sitting miles away from us, waiting for that call where we could have filled him up with details, once the meet was over.

The first meet is always difficult as it is new and you expect the unexpected. My meet with the in-laws was like biryani meeting pulao. The common factor that could have acted as raita was missing. So we tried our best to put the pieces together, kyuki biryani ho ya pulao, dono ka apna hi zaika hai! (Be it pulao or biryani, they both have their own taste)

This was uncharted territory for both parties

Soon the server graced us with his presence. Gently he placed a big white cup with a bigger foam heart on top. I knew all that love was to come in my direction. As the distinctive red-brown color beverage stared at me, my in-laws stared at the enamel coloured bone china set. Several tiny bits of cans and kettle came to play, a cup of tea was so far away!

Every time a person comes out of their comfort zone they sense resentment, nervousness, and exclusion. I sensed that panic and offered my help but Abba denied respectfully. It dawned on me that even they were trying to march on uncharted territory. After manoeuvring their way and assembling their tea as they sipped, I caught the contempt. After all, the kadak chai lovers couldn’t handle English tea!

The meet was less about the conversation and more about the observation. We kept sipping our beverages softly while exchanging comforting smiles in an impromptu circumstance.

And then Abba took charge

As if the assembly bit was not enough we were soon slipped a bill quoting 832 in bold digits. Now, this was a very sensitive issue. As I was the host, I should have run for my wallet and laid the numbers there. In fact, I sprinted to my pocket at the sight of the bill but the thought of being misconstrued overpowered me. They weren’t my friends that I would have recommended: “Let’s split!” And before I knew, Abba took charge of the situation. He paid the bill, and the tip for his cold assembled tea. May I say, I loved the cappuccino!

Thirty minutes. This all happened in a quick 30 minutes. As we walked out of the café into Sector 25, they took my leave and asked, “So ab kya karogi?” (So what will you do now?)

“Zyada kuch nahi. Soch rahi hoon mehandi lagwa loon. Kal Hyderabad jana hai.” (Nothing much, I was thinking I’d put on some mehendi on my hands since I am going to Hyderabad tomorrow)

That’s how I met my new family!

Both of them placed their hands on my head and kept waving until I lost sight of them. It took seconds for me to fathom that I had met my new family.

Post filling him with details, it was followed by, “Hookah bar le gayi thi kya? Mere bechare Abba..kya soch rahe honge.” (You took them to a hookah bar? Oh my poor abba! What must he be thinking!)

“Aur mera kya? I was the only one in salwaar-kameez in a café.” (And what about me?)

“Par sabse pyaari tum hi hogi.” (Oh I am sure you were the prettiest!)

That night, I looked for a mehendi wala

That night, two of my friends accompanied me on the streets of Sector 25. It was 9 PM and we were still figuring out mehendi wala. I decided to get 100 bucks worth of henna on my hands.

In my defence, I wore 300 bucks red kurta at my wedding in a court. I remember sitting on the roadside step-stool with a dusky man pouring thick henna on my hands. My hands were freezing, thanks to Delhi ki sard raatein and uspe henna ki saugaatein.

The two boys, my dear friends, stood on either side talking about the pattern and designs they could not comprehend. A few days ago, they underwent the pain and wandered in the lanes of Lajpat Nagar finding just the right chooda and bindis for me.

As I found a pattern which I liked for mangalsutra for a meagre price, my friend exclaimed, “Take a better one. You earn so well!”

After one last dinner, I was going to move from Delhi

“Shauk mein. Par budget mein. Kal agar shaadi na chali toh relationship mein investment ka dukh hoga,  monetary investment ka nahi.” (Because I want to but under a budget. If the marriage doesn’t work, I’ll be sad about the emotional investment not the monetary one)

That night, we had one last dinner together in Delhi. I could not believe I was leaving the city, as it always had my heart until I found my love for Hyderabad.

Early morning, the next day the solicitous two dropped me to the airport. I towed my suitcase towards the entry door and vividly recall holding on to my black puffy jacket before parting ways, “Ok Boys! My vidaai is here. I will see you both soon.”

And I said goodbye to Delhi and I knew I will carry those five milestone years in my heart and I still do.

As I landed on the arrival gate in Hyderabad I saw my husband standing there – The new world awaited me.

That mehendi left my palms after two good hand washes but the effect of marriage remained.

Now as I write, I reminisce about the first meet with my in-laws. The setting was off-beat but there could not be a perfect metaphor for my marriage. Everything seemed disparate, daunting, and required work and understanding but if you are open to your surroundings, they open up to you, kabhi jaldi, kabhi der se hi sahi!

I didn’t ask for this but it was sent my way and honestly, after 18 years of S&S and being married for 10, I could not take it any other way!

A lot did happen over a coffee, that day. Our relationship brewed, and the aroma lingers.