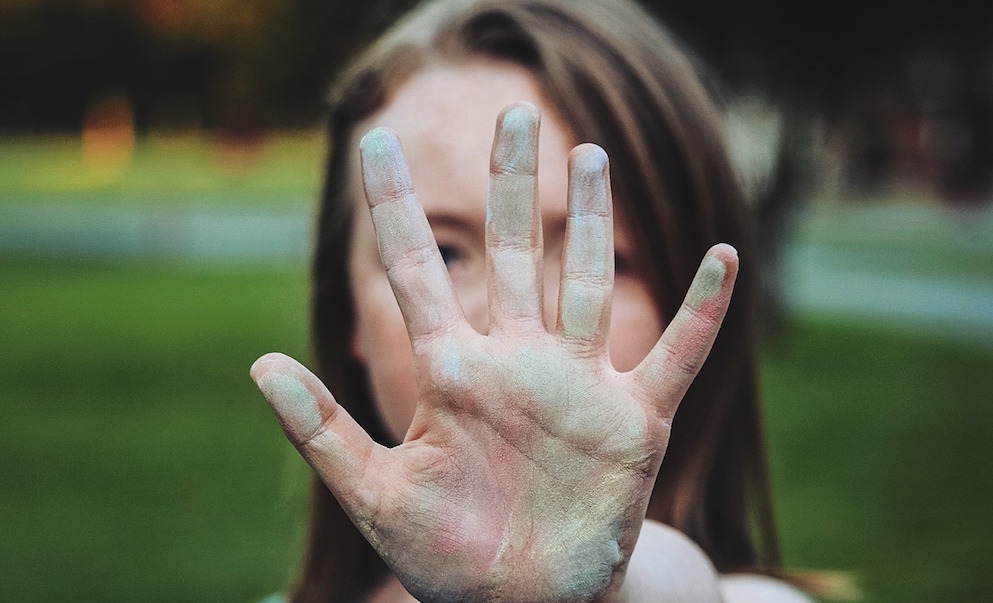 How Dare You Touch My Daughter’s Bra? This Brave Mom Refused To Take Things Lying Down

When her daughter was harassed by a schoolmate, this brave mom refused to accept it as ‘normal’ and stood up for her daughter’s rights.

A lustful glare is what we often ignore, a lewd comment is something we may or may not respond to, an indecent touch might ignite our anger, and for that matter we are quite used to words like rape, molestation and sexual harassment.

But what would you do if a boy snaps open your daughter’s bra in her class and attempts to disrespect her in a distasteful and immodest manner?

Well, you should exactly do what the mother of this teenager did. She gave the most befitting reply to this shameless brazen classmate of her daughter by questioning the male teacher who was visibly indifferent.

“Let me touch the front of your trousers,” she retorted, on being informed of the entire episode and to the school administration’s silent plea not to label the obnoxious incident as sexual assault or harassment.

This is what happened to a school girl recently who was harassed by her batch mate. In spite of being warned, the tall and robust boy went on bullying and repeating his awful act. What happened next calls for a big applause for the 15 year old who faced it with utmost courage and punched him hard – not once but twice.

So when her mother, a nurse, was phoned and called over to lend her ears to the complaint by the school authorities, supposedly not for the sexual harassment but for the physical assault by her daughter; she shut up every inconsiderate, brash and injudicious voice in the principal’s room, in the most apt way possible.

This valiant mother remarkably, challenged the authority with the right questions. For example, she hurled at the teacher who objected to the girl’s assault rather than the grievous act these questions:

“You let him do this? Come over here and let me touch the front of your trousers.”

“If that seems inappropriate, why don’t you go and pull other female teachers’ bra or this boy’s mother’s bra? Let’s see how fun it is for them. You think they are kids and it is all fun?”

Well, everyone in the room was stunned beyond belief. No one perhaps, had imagined a rebuke of that sort.

And when the principal went on focusing on her daughter’s hitting the boy badly, she further shut them up ferociously.

“My daughter defended herself. How many times should she have let him touch her?”

All pertinent queries, a valid outburst, the righteous attitude and a justified way to deal with the ‘playful’ act, which otherwise would have been ignored and tagged unworthy of a complaint. These are the kind of women I look up to with utmost respect, the ones who have the audacity to point a finger for the right reason and raise their voice to shun the hollow cries of stereotypical mindsets.

How dare a boy as young as 15 get hold of his classmate’s under garments? Don’t we need brave moms like her, who taught her daughter to keep her head high and teach a lesson to anyone who messes with her; swiftly came to her rescue when her own teachers and the school administration sided by the culprit, besides keeping up with their fake sympathies?

Don’t we need to raise our girls by telling them strictly, not to take it when they get harassed and bullied by all kind of preying eyes around them? Why teach them to keep quiet and let the other sex take them for granted every time?  Why not teach them to pause beyond the endurance levels?

This is an certainly an inspiring example which clearly sends a message that No means only No.

Remember, It Is Not Your Fault; It Is NEVER Your Fault