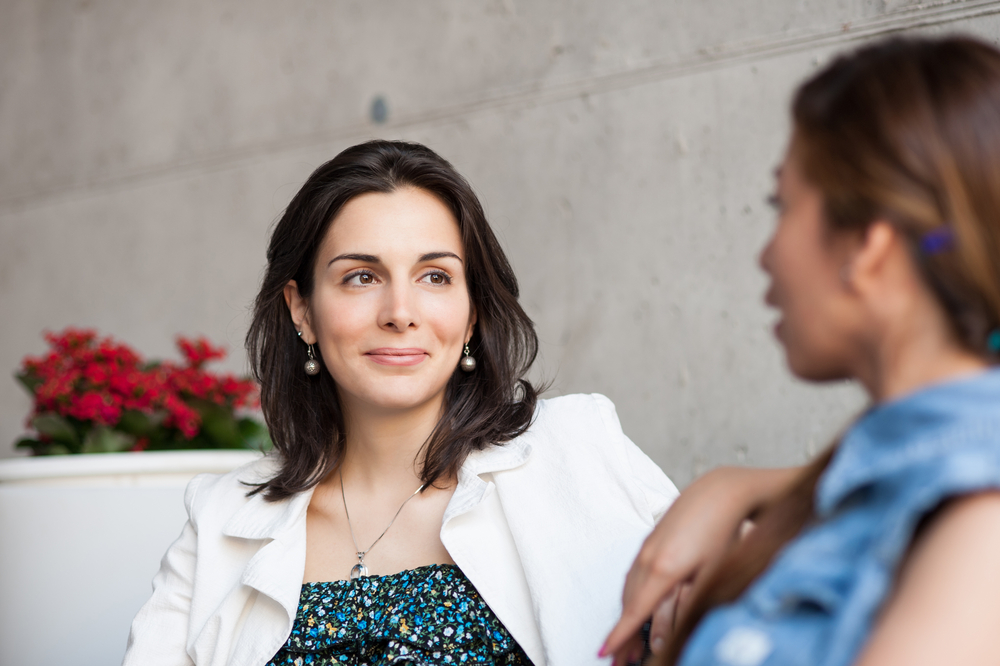 Why This Friend I Made In My Teens Is The Rock Solid Foundation Of My Life, And I, Hers

Friends made in the teens matter – always – no matter what, no matter the distance between the two people.

We met when we were little girls, dancing to the clinking sound of the cymbals at our dance class. We – P and I – were Bharatnatyam students in our early teens. A shy, “Hi”, or, “Hello”, was all that we exchanged, both of us being reserved and shy of nature. I fail to recollect the period vividly, as we were quite young then, and not chummy with each other.

However, it was in our late teens, that we really began to bond as we prepped  up for our Arangetram. Within no time did we learn a lot about each other, especially the fact that we were so alike in many an aspect – the basis on which friendship, as a relationship for a lifetime, finds its foundation. Those were the years we shared our dreams, our fantasies, even the rare grouse that we had with our parents during that rebellious age!

We practically grew up together, as we met each other on a daily basis. Not a day would go by when we did not speak with each other, or exchange hellos via the telephone. We did have our differences, and I, being a ‘sulky’ (a term she often used for me) would take a day to get over the trivial disputes we had. I could not dream of going without talking with her for more than a day! But, we grew out of our juvenile phase, and grew closer, still.

Our respective marriages pulled us apart, taking her to another part of the country. I was left friendless, and so was she. Those years, when phone calls and  letters were the only mode of communication, we weren’t able to stay in touch. Life had gotten in the way, and there were complex issues to deal with.

I rued the times I had no one to talk to, open my heart to, as I faced the numerous ups and downs in my new life as a married woman. Ditto, for her. And, we being introverts, found it a colossal undertaking making new friends. Would we ever meet someone who could understand our silence, leave alone the spoken words?

It was only on her yearly visits that we could meet and talk for a while. Talks revolved around difficult in-laws and their domineering ways; issues we had with our respective spouses and, yes, adjusting to a whole new environment for which we had not been prepared, at all! The mere fact, that, albeit for a few hours in an entire year, we could open our souls, reveal our wounds, speak unabashedly about our fears, was such a relief. It felt as if a weight had been lifted off our shoulders.

It was during those initial years of my marriage that I was coming to terms with my MIL’s schizophrenia when I received another shocking news about my husband’s bi-polar disorder. It was the largest hurdle I found myself staring at, with no emotional support, whatsoever. Those were the times, when I felt  loneliest. Of course, my parents were there for me through every step of the way, but you always feel the need to have by your side someone who offers you their unconditional, non-judgemental support; one with whom you can share your deepest, darkest secrets, knowing fully well you will not be chided for  encouraging thoughts that aren’t supposed to be entertained, ever. And, not having P by  my side during those times was what I missed, tremendously.

She, on the other hand, was suffering at the hands of an eccentric and a domineering MIL, the likes of which we have heard existed in some bygone era. It had been a major shock to her, too, seeing the truth behind the facade being revealed day by day. How she faced the woman and her dictatorship, I find difficult to fathom, knowing how soft-spoken and mild-mannered my girl was!

She recounted how she put up with everything quietly, never raising a word against the senior. Thankfully, though, her husband decided to shift to the US and P’s ordeal came to an end. Although, there again, she did miss her parents and her only friend. But, at least she was able to find  some peace in her life.

It was during those initial years, when P was still in India, that we could manage to meet once in a long while and swap stories of our turmoil. We encouraged each other, motivated each other saying how we were both brave, despite our fears. She would call up before leaving for her marital home and encourage me to be strong; how we both needed the strength as we were to live in the lion’s den!

Today, we are in our early 40s. She is a mother to two beautiful children and has different news to give me each time we meet. Her teenage daughter and her rebellious ways remind us of ourselves, although, I believe we belonged to a generation of comparatively milder rebels! When she wants to drill some sense into her daughter’s mind but is at a loss, she suggests I be the friendly aunt who can help her see right from wrong. I find it amusing, though. But, I do try… just for the sake of P. For all that she has done for me.

She, on the other hand, gives me frank opinions when I ask her to gauge my behaviour in situations vis-a-vis certain family issues. Needless to say, she does a fabulous job! She knows me like the back of her hand! Sitting miles away from me, she can read my thoughts and give me an unadulterated opinion of what she thinks of me and my weird thinking.

I have heard that we have soul mates whom we meet just once, or twice, in our lifetime. People with whom we connect more than with anyone else. People who understand us perfectly and we them. And, people without whom the journey of our life would be incomplete, unenjoyable, bereft of the magic we so look for. For me, P is that person. P is my soul mate. She is someone I cannot imagine living without, cannot imagine my life without. We have been friends for more than two decades… well, almost three decades, actually! She is an extension of me, an angel God sent just for me.

I know this post is going to leave her overwhelmed, but this is the story of my life, of our life, together. And, she knows it. I dedicate this post to her. A post which reiterates the fact that friendships formed during ones teenage years matter – always – no matter what, no matter the distance between the two people. Their souls connect and their hearts beat in unison, and that’s what matters to them!