“All that glorious promise of a life to be… Now a zilch. Suddenly, everything she had believed in, all that she held dear to her heart had come to a naught. Her quest for perfection itself had been a mirage.” A short story. 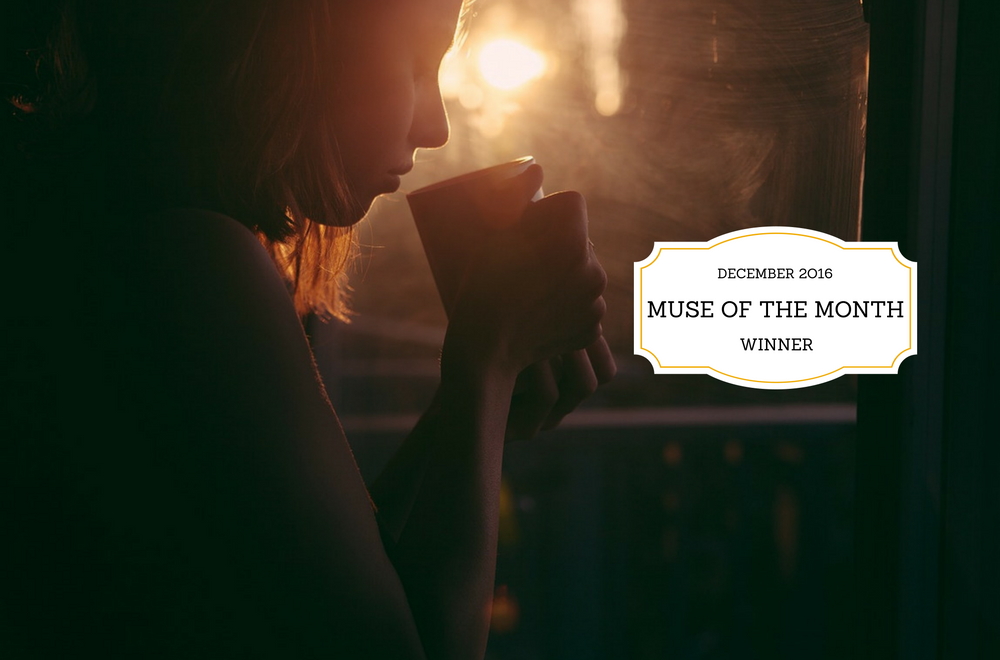 “All that glorious promise of a life to be… Now a zilch. Suddenly, everything she had believed in, all that she held dear to her heart had come to a naught. Her quest for perfection itself had been a mirage.” A short story.

Here is the fourth winner of our December 2016 Muse of the Month contest, Priya Mani.

The cue for this month was “There is love and understanding in this knowledge. There is sorrow.” – Namita Gokhale, Shakuntala: The Play of Memory.

The bell rang shrilly gathering the day in its fold. The pin-drop silence gave way to eddies of murmurings, even as Rina gathered her books and marched out of the class.

Maths came to her easily. As easy as breathing. Even as a little girl, while the rest of the class struggled with the dreaded subject, she was guided by an unfailing logic that left everyone awed. It would be no exaggeration to say she waltzed with algebra and serenaded geometry.

The love affair with spatial maths led her to the altar of architecture. She pursued her profession, nay her calling, with elan. Conceiving townships and parks and urban havens, whose grandeur and elegance spoke volumes of her sheer gift and passion.

And how could it be otherwise?

Mathematics was her creed. She saw it everywhere. In cooking and baking, where proportion mattered to the utmost. In the rangolis that people laid on their doorsteps. In the stentorian hymns to the Gods of the Vedic period.

Why, mathematical metaphors abounded even in language. In the inexorable and vicious circles of karma. In the much-hashed love triangles of cinema. In the mystic quest for originality, where employers constantly urged their employees to think ‘out of the box’. As though the mind were a claustrophobic compartment that you came to the door, every now and then, for a whiff of fresh air. And yet, if you dared to think different, you would be branded as a square peg in a round hole.

Her love became a way of life. The pursuit of precision and logic spilled over everything Rina did and believed. In the crisp pleats of the sarees she wore to work. In the round phulkas that puffed in her neat kitchen. In the several trysts with people she kept, with infallible punctuality. Even in relaxation, she preferred Dhrupad to the long-winding Khayal. Dhrupad was reliable, guided by a sane and sound geometry. Unlike Khayal, brooding and vague and faithless to Time. Time was no gracious Master; yet she, His faithful votary.

It was the exacting nature of perfection she chose to pursue, that became her life’s credo.

And then one day…

Rina tutored Namrata, her maid’s daughter, in the weekends. Rina quite liked the girl. She was bright and hardworking. And soft-spoken, like her name. Yet her eyes held mighty dreams, of wanting to make it big in life. Rina found in Namrata, an extension of her self.

In time, the efforts of the teacher and the taught paid off. When the results were announced, Namrata came home to Rina with a box of sweets. She had topped her state board examinations.

Overcome with emotion, Rina pressed a laddu in Namrata’s mouth, which she refused. She complained of nausea and a dull pain in the abdomen.

Rina pulled out a strip of Pudin Hara from the cupboard. She handed the pill to Namrata with a glass of water, and bade her home to rest.

“Poor thing, must have stressed over her results,” Rina thought to herself, even as she watched the receding figure with a sense of pride and achievement.

Had it only been so.

What elapsed two hours later was a blur in Rina’s memory. A frantic call. A distraught mother. Pools of blood. The siren of the ambulance. A white sheet. And a medical report that held the vacant words – Cause of Death – Food Poisoning.

Rina felt shattered. Angry. Appalled at the callousness of the unfeeling Universe that chose to abort a life, just when it was ready to take wings. To what logic? And yet with what stabbing precision.

All that glorious promise of a life to be… Now a zilch. Suddenly, everything she had believed in, all that she held dear to her heart had come to a naught. Her quest for perfection itself had been a mirage. In its stead was a vacuum, that held more questions than answers.

When she could take it no longer, Rina requested her boss for a sabbatical, packed her belongings and left. She needed answers.

Rina found a teaching job in the verdant cantonment of Ranikhet. The sheer majesty and poise of the hills beckoned her. In their serene embrace, she gave herself the freedom to simply be. Shorn of beliefs. Shorn of quests. Secure in the pursuit of her first love, Maths.

Nothing could be more fulfilling than being driven by a mission to help students unravel the magic that lay in numbers. It was her tribute to Namrata.

Sipping her cup of tea, Rina watched the sun cast its molten orange on the deodars. No two sunsets were the same after all, she thought, as she beheld the wondrous play of light upon the trees and the distant hills. Each day a new masterpiece in the sky, effulgent and sublime, yet inherently changing and unpredictable.

She had come to Ranikhet with merely the mottled remains of a defunct creed. Now, ensconced in the lap of nature, she found the calm that descended from a gracious acceptance of life in all its unfairness and flaws. Of realizing that we couldn’t always be the architects of our destiny. Life had a way of unspooling the wrong tape, that sent you hurtling down a senseless abyss, bereft of moorings. That to seek to understand was sometimes an exercise in futility.

There was love and understanding in this knowledge, as the teacher became the taught. There was sorrow. That she had found peace at the price of a human life she held dear. And nothing could change that.

Moreover, it is never easy to let go of what we think defines us. It had taken Rina time to shed the comfort of her beliefs. Yet she had changed as a person. Rina learnt that, while precision and logic made great tools for navigating one’s way in life, they could never be, in themselves, the way or the terminus.

She gave up the pursuit of perfection, the hurried pace, the ceaseless salsa on the beats of time. She abandoned rigidity. Stopping by to enjoy the fluid moments of happiness as they unfolded before her eyes. The enthusiasm of the children. The long yet exhilarating walk home. A lissome brook. A barbet’s call. Who knew what lay ahead the next hour?

Whether she would go back to her job as an architect, time would tell.

Right then, wrapped in the silence of her thoughts, Rina embraced her newfound self – Nari, the complete woman in an imperfect universe.

Priya Mani wins a Rs 250 Flipkart voucher, as well as a chance to be picked one among the 10 top winners at the end of 2016. Congratulations!