Prior to the launch of her fourth book, When Love Finds You, in association with Women’s Web on 12th November, we bring to you its best-selling author, Yashodhara Lal. 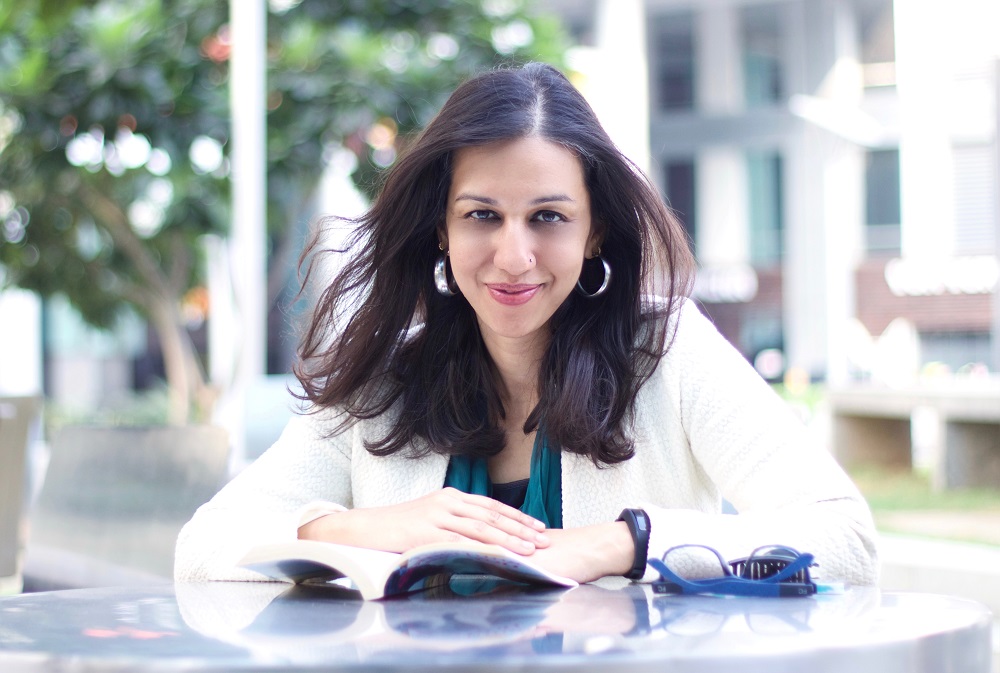 Prior to the launch of her fourth book, When Love Finds You, at Women At Work Buzz Session on 12th November, we caught up with the best-selling author and gender diversity champion Yashodhara Lal.

Yashodhara Lal describes herself as “dynamic, impatient & multifaceted”. An alumnus of IIM-B, Yashodhara spent fourteen years in marketing roles before taking a sabbatical to “figure life out”. In the meanwhile, she became privy to the pleasures of motherhood yet again; and went through a rather life changing experience during her second pregnancy, which was not only very complicated but also nearly threw her into the clutches of death.

This was a “great wake up call, and spurred her to start writing”, a desire which she always harboured, but managed to suppress amidst the pressures of juggling work and motherhood. It was during the first three months of the birth of her twins, when she was on bedrest, that she wrote the first draft of her first novel, Just Married, Please Excuse.

Weeks and months passed, before she heard from the Chief Editor of HarperCollins, who then worked with her to reach to a stage where the manuscript was ready to be published. This was followed “by her very mature response of a Chicken Dance”.

Since then, she has gone on to become a best-selling author, with three books in her kitty, an illustrated children’s book, Peanut has a Plan, in the pipeline; and her latest, When Love Finds You – due to be released later this month. If you thought this was it, you could not be more mistaken. Post her sabbatical, Yashodhara, in her intent to give back to the community, started working with Genpact in the area of Corporate Social Responsibility, and in a recent development, leads the cause of Gender Diversity for the organization – which she describes as “very interesting, especially because she can identify with so many of the issues women face with balancing work and life, given her own journey”.

In addition, Yashodhara is a certified Zumba trainer, and teaches a class of eight students on the weekends. She took to Zumba as a fitness regime post pregnancy, as a fish to water. She says, “Zumba has a strong dance component to it, but it is more about the fitness”.

In her own words, “Everything I do, including yoga and my music lessons (Whoa! We almost missed that) – they all feed off each other and are meditative activities in their own right. They are all about patterns and connections. They are energizing and draining in different ways, and complement each other so well.”

On being asked about her tryst with motherhood, she described it as “incredible and indescribable”.

“It has its ups and downs, it’s trials and tribulations, and I am so lucky to continue to have this experience”, says the mother of 3 little ones – Peanut, Papad & Pickle. Surprised, eh? The eldest one looked like a Peanut in the first ultrasound. So the name stuck, and after that, “it was just about retaining the food and ‘P’ continuity”. Talk about being quirky.

In fact, Yashodhara Lal’s writing style (Read through her blog, here) borders along sarcasm, which is modelled along the likes of her favourite writers – Gerard Durrel, Bill Bryson and James Herriot.

Her eyes light up when she talks about her latest book. The book is largely about a woman in the corporate world and is set in the workplace, a setting which Yashodhara had not experimented with earlier. The central character, Natasha is a particularly difficult character – sarcastic and cold, making it difficult to like her. The story revolves around her equation with her slimy boss Rishabh, and Nikhil, a single dad – who Natasha finds attractive.

Yashodhara believes that the audience will relate to “a strong central female character in a corporate setting, the unusual clarity that she doesn’t need anyone to complete her, and the fact that she is attracted to a single dad”.

Her future plans include exploring children’s books, based on her twins Pickle and Papad, a story on her husband and his farming experiments, a sequel to her first book, and some amount of non-fiction based on her life stories to help women figure out their lives.

We wish Yashodhara Lal the very best in life, in her journey as an author, a supermom, a businesswoman, a fitness trainer and the multiple pursuits she engages with, in time.

But of course, “The future belongs to those who believe in the beauty of their dreams”.

Yashodhara Lal is the Chief Guest for Women At Work Buzz Session to be held on 12th November at Atta Galatta in Bangalore.  Expand your professional circle at Women at Work Buzz Session. Would you like to be a part of this exciting event ? Register on the guest list here.